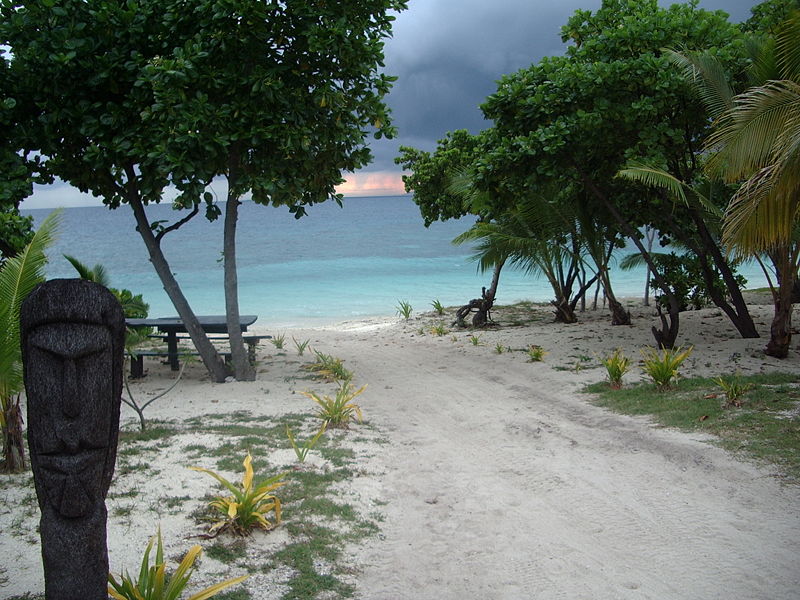 A crystal clear sea, white sand beaches and waving palm trees.  That is probably the first picture that pops in one’s mind when thinking on the tropical isles of Fiji, the archipelago in the middle of the pacific ocean. The state of Fiji however is less paradisiacal then would appear at first sight; Fiji is the only country in the pacific that’s been rated ‘partly free’ by Freedom House , all other nations are considered ‘free’. This is because of the serious discrimination of the Indo-Fijian minority group by the Fijian government.

Between 1870 and 1970, when Fiji was a British colony, the British created a lot of sugarcane plantations in order to boost the Fijian economy. Because the indigenous Fijian population could not supply in the demand for labor, the British shipped a lot of workers from elsewhere in the empire, mainly British India, to work on the plantations. This history is the root of the ethnic tensions in Fiji, since indigenous Fijians feared the Indo-Fijians would outnumber them, which they actually did by 1946. Another 20 years later the Indo-Fijians were the absolute majority.

The military is still in de facto in power and is upholding racial policies.

Fiji gained independence in 1970, but this did not increase unity. On the contrary, racial pressures and the fear that a Indo-Fijian government would not respect indigenous Fijian interests led to a coup –of the indigenous Fijian dominated military- in 1987. This did not solve the tensions either, in 1990 a racially biased constitution was draft. The military still did not considered this to be enough and attempted a coup in 2000 and another one in 2006. Right now, the military, under command of commodore Frank Bianimarama, is still de facto in power and is upholding racial policies.

All this, among other things, made a lot of Indo-Fijians migrate elsewhere, significantly declining the percentage of Indo-Fijians in Fiji. Right now they are a minority again, the biggest though, with 255.000 people on a total population of 600.000. Even though the reason for the racial discrimination – the fear indigenous Fijian interests would not be secure with a majority of Indo-Fijians – is gone, the discrimination still remains.

The discrimination on Fiji is far from as grave as during the Apartheid regime in South Africa, but does result in a underrepresentation in government  via a voting system in practice based on race. Also in other aspects of society, as freedom of religion, landownership or scholarships, racial discrimination still prevails. An undemocratic government discriminating on race does not seem of this time and region, perhaps it is the white sand beach and the waving palm trees, making us think it is all paradise on Fiji.