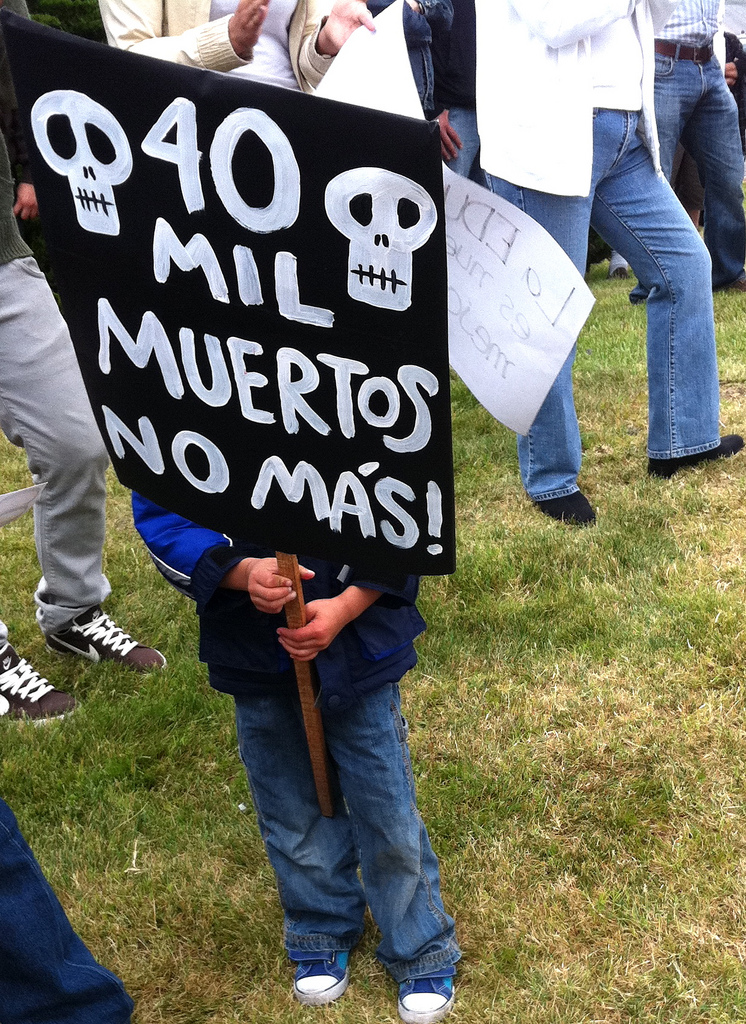 The drug war in Mexico: 35,000 casualties, the biggest law suit ever to the ICC and a shocking amount of human rights abuses. A story of systematic failure.

There are two sides to the war on drugs: Firstly, the attempt to supress trade and consumption of hard drugs is a quasi-impossible undertaking. Secondly, as long as drugs are illegal, the profits of producing and trading will remain astronomical. Greed and poverty will always be the driving forces, no matter the risk.

There have always been voices that plead for a complete or partly legalisation of hard drugs. The immense costs of enforcing anti-drug policies and arrest of consumers and traders might be one argument. But there is a much stronger one: Let us go back to the roots of the problem – the origin of hard drugs. Mexico serves as an extreme example. The war on drugs, declared by former president Calderon in 2006, increased the homicide rate by 260%.

The former president is accused of war crimes and crimes against humanity.

According to reports of Human Rights Watch published in November 2011, the battle against drug-cartels revealed systematic human rights abuses. The former president Calderon’s strategy was the deployment of soldiers to fight cartels. They served as police and prosecutors at the same time.

The result of combatting violence with violence, instead of strengthening the weak law-enforcement agencies turned out to be extremely unsuccessful. The report showed that the security forces used torture, extra-judicial killings and enforced disappearances. A minority of the cases have been investigated. Out of more then 3,000 investigations of human rights violations by the army against civilians only 15 people have been convicted.

As a response to this, Netzai Sandoval, a Mexican lawyer filed a spectacular complaint with the International Criminal Court. It is the biggest civil suit in history, signed by 20,000 Mexicans and consisting of 400 documented abuses committed by security forces.The ICC is asked to investigate civilian casualties and the responsibility of the heads of cartels as well as government officials, including Calderon. The former president is accused of war crimes and crimes against humanity.

Calderon systematically denied any accusations and claimed that 90% of drug war victims were criminals. However, even if that was true and the killing of 35,000 people was legitimate, their treatment is still not in accordance with international law.

Technically the court would have jurisdiction in that case, since Mexico is a signatory to the Rome Statute. However, it can only take the case if the crimes were systematic, carried out by the state and targeting civilians. If the complaint was politically motivated, the court could refuse it. It is still unclear when the ICC will come to a decision. Even if it has jurisdiction Calderon, as former president, might be protected from criminal prosecution by immunity.

In conclusion, the failed war on drugs reflects systemic problems; their solutions demand more then brute violence. And it is a test for the ICC, to show the ability of international law in bringing justice to the world.