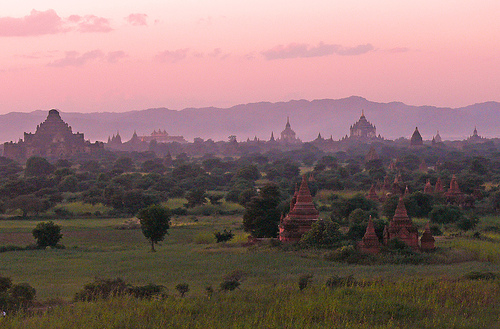 Traveling to Myanmar – can the ethical traveller square that with his or her conscience? Until relatively recently the answer would have certainly been negative, but things are starting to change.

Ethical consumerism is a concept that involves a lot of decision-making and deliberation. But it does not stop after we chose between tofu and meat, between train and plain. Even when departing for our well-earned holiday, some countries should be avoided for ethical reasons – or not?

Last week president Obama visited Burma, a country that is governed by a military dictatorship since 1962. In 2010, after fake elections, the government gradually started to implement its 2003 roadmap to democracy. The US president welcomed the transition, pointed however out, that much more reforms are needed. Human rights organizations welcome the small steps towards change, but remain critical in the face of on-going human rights violations.

The concept of sanctions, which specifically target the bad guys, by freezing their assets and restricting their freedom to travel, could in this case also be implemented when it comes to traveling.

So far, most governments discouraged travels to Myanmar, but the domestic changes might also change tourist patterns. After Daw Aung San Suu Kyi and her opposition party the NLD (National League for Democracy) called for a boycott and drew attention to the gross human rights violations in 1996, tourism stagnated. The construction of tourist facilities was strongly connected to forced labour and displacement of people, the revenue went mainly into the pockets of military authorities and their cronies.

A general boycott of travellers could be compared to sanctions that do not differentiate between civilians and government officials. They leave the burden mostly on those who suffer anyways. The concept of sanctions, which specifically target the bad guys, by freezing their assets and restricting their freedom to travel, could in this case also be implemented when it comes to traveling.

The NLD recently changed their position on traveling to Myanmar. The new advice on traveling encourages individual travellers that consciously spend their money by making sure to support private people, who respect their culture, their values and the preservation of the environment. The civilian population would certainly welcome the economic benefit.

On the other hand, even if that succeeds – if people could be discouraged to book a travel arrangement through an agency where military officials and their associates reap the benefit – tourism has its downsides. Having a mass influx of travellers from a very different socio-economic background might lead to sex-tourism and an increased amount of beggars. The development of new infrastructure is usually accompanied by environmental destruction.

Cultural clashes and disrespectfulness towards locals might create tensions.In conclusion, it is a complex question for the traveller’s ethical conscience. Hopefully it will become easier as time passes, while we observe the transition in Myanmar.