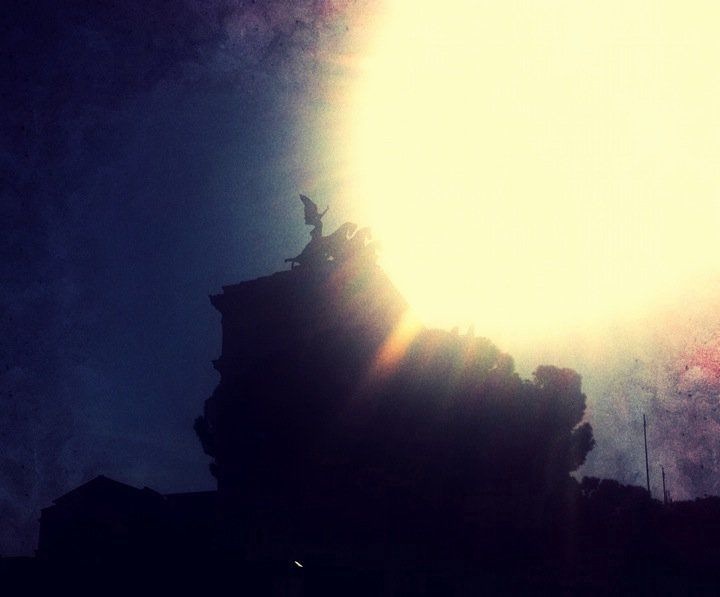 “Cities, like dreams, are made of desires and fears, even if the thread of their discourse is secret, their rules are absurd and everything conceals something else.”
(Italo Calvino, Le Cittá Invisibili)
And this certainly counts for Rome, the city where I am currently spending my Erasmus semester.

Absurd rules. The first remarkable thing was the impossibility of getting in contact with Roma 3 University to organize my academic semester. Countless emails, calls, faxes and even letters were not replied, until I gave up. Up to now, I am in a Kafkaesk struggle for signatures and forms. An Italian friend, who had been in Nijmegen for his exchange told me: “In the Netherlands I realized for the first time, that studying does not necessarily equal suffering.”

And everything conceals something else. Once getting used to stumbling over bureaucratic obstacles, studying at Roma 3 is a positive experience. The professors are helpful and willing to adapt exams to suit the needs of foreign students. Courses resemble high school classes since the material is explained in detail in the many hours of lectures. Taking the challenge of studying in Italian, one can choose at the faculty of Political Science from a variety of courses. They range from International Development and Cooperation, English Culture and Language to Human Rights and International Law.

Made of desires and fears. An extremely positive aspect of an exchange in Rome is the ESN organization. Besides the usual parties, a multitude of nice events are organized: Italian film evenings, guided tours to get to know the city better, several trips to different places all over Italy and many social events that involve lots of wonderful food and wine. Those who believe that Groningen’s landlords are extraordinarily mean and housing costs maximum prices will change their opinion in Rome. To balance out the housing problem, food is wonderful, relatively cheap and an extremely important factor here. Finding the best gelato (is it Fior di Luna in Trastevere or Daniel Gelo close to Basilica S. Paolo?), the tastiest pizza, the nicest vegetable store and the bar that has the most delicious cornettos is a challenge every Erasmus student is spending a lot of time on. And with a nice slice of pizza bianca in one’s hand, one’s nerves when facing the uncertainty of public transport can be calmed down. I never thought I could miss my bike so much!

The secret discourse. When I arrived I did not know what to expect, Rome was an invisible city with an overtone of excited anticipation. I did not know anybody and above all I did not understand what the people around me were talking. Three months, a few exams, many parties and countless walks of exploration later the secret discourse starts to unravel: The first time I catch myself thinking in Italian. The daily routine of meeting a group of friends for the awesome lunch at the Mensa. The feeling of coming home when getting off metro B at Garbatella.