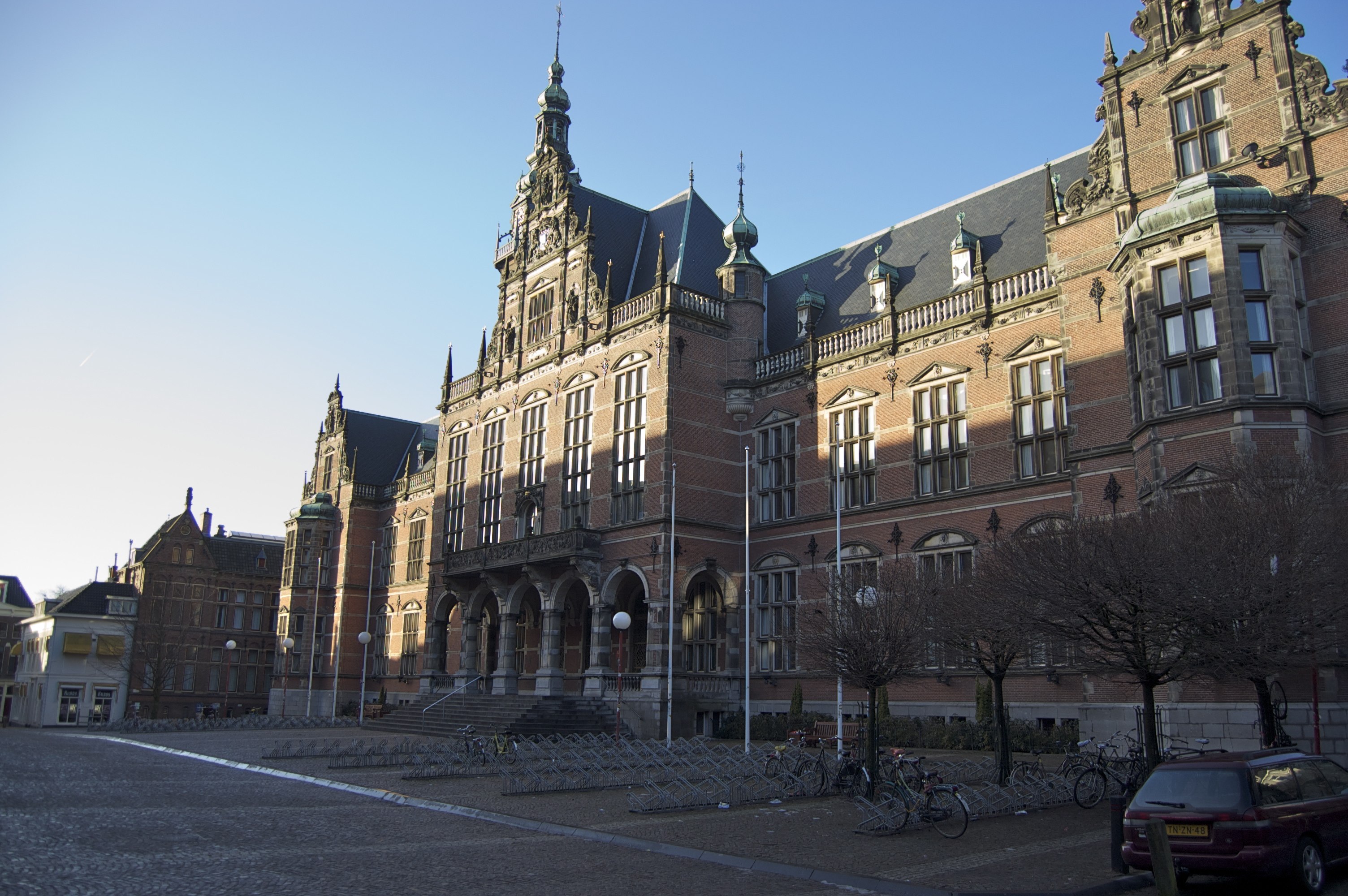 As the weather is getting from ‘nice’ to ‘brilliant’, the exam periods are coming closer like dark clouds on the horizon and students again face the toughest period of the academic year, where every day confronts them with a devilish dilemma between the Noorderplantsoen and the UB (park vs. university library). Add to this the stress of rounding up the academic year and having to plan your holidays, and you’ll agree that a student’s life is not an easy one. Some of us however, are facing even bigger hardship; graduating bachelor students that have to decide on what to do next year. As I was in a similar position exactly a year ago, perhaps my experiences of this period might give you some relief.

February 2013, after a long and painful thesis-writing period, the ‘crown jewel of my academic career’ (not), I had finally concluded my Bachelor degree. The three and a half years of studying International Relations at the RuG had been a blast, yet after this I was pretty done with studying. Enough Theory, time for some practice! So I packed my bag and hitch-hiked to Iran, saw the Kurdish region in Turkey and visited the non-existing country Nagorno-Karabach. I was finally doing some ‘fieldwork’! Yet to all great things comes an end and so did my journey find its end in Tiblisi, Georgia. I flew back home and, apart form two philosophy courses, worked a careless summer long.

Of course, a bachelor’s degree is not enough and I wanted to do a master’s. After doing some research among various universities in Europe I came to a conclusion. The problem I encountered was that either IR masters did not have a preceding bachelor in IR and therefore often resulted in more or less summaries of my bachelor’s or were very specific, focussing on only one sub-field of IR (on ‘just’ Human Rights, European Studies etc). Or they were simply very expensive. Now, there are probably IR masters that do not fall in either of those categories, yet as I did not find them I cannot tell you anything about that. Only thing I’ve heard is that Leiden has a pretty neat Master’s as well, but that is another story.

Either IR masters did not have a preceding bachelor’s in IR and therefore often resulted in more or less summaries of my bachelor’s or were very specific, focussing on only one sub-field of IR

I had lost my motivation partly because I did not really know what I wanted to do and what I liked specifically about IR. I simply liked the general oversight IR provides and did not feel like pursuing a career in only one sub-field and neglecting the rest. With this in mind I subscribed for the masters at the RuG, knowing that at least I would have a guaranteed high quality of education for a fair price and would remain ‘open’ to the entire field of IR. This was in May 2013.

Summer passed and by the end of August I realized my motivation had not returned. Panic struck, it did not seem like a clever idea to start with my master’s if the motivation for it was completely absent. Being only 23 years old, I was already experiencing a mild (quarter?) life crisis. Do I want to study another year of IR? Is IR what I want to by doing for the rest of my life? If not, then what do I want with my life? After a week of serious doubt, floating between unsubscription and more traveling or a continual down the chosen road, and lots of talks I decided to do the latter and stayed enrolled.

A year after I officially enrolled myself for the Master’s, I can say that this has been a very good decision. The Master International Relations at the RuG is of high quality and offers a diverse program. You can decide to pick one of five the sub- fields, International Security, International Political Economy, Global Governance, European Integration and the new East Asian Studies (see the upcoming Checks&Balances edition for more information). You can also choose to do the ‘general’ International Relations master, something I did for reasons I’ll describe below.

Besides that you’ll have to pick two various research modules from a list with 10 or so courses which are offered to the entire master. If you chose a particular specialization, at least one of them should be within your specialization, if you applied for the general master, like I did, you can pick whatever you prefer. The first bloc of the research module consist of a plenary course with lots of reading and in the meantime coming up with a research topic, the second half of the course will have you conducting this research independently. The research modules I picked, ‘Governing through Risk and the Politics of Uncertainty’ by Louis Lobo-Guerrero and ‘Power and Rule in an emerging World Society’ by Benjamin Herborth were very cool and taught me to do Critical/Post-Modern research and make theory work in my advantage. Theory for me went from ‘constraint’ to ‘enabler’.

Finally, you will also have to do a ‘Capita Selecta’ course, a course given by a lecturer from your specialization, or in my case, the Security Capita given by Jaap de Wilde, about whatever the professor deems interesting. Because the lecturers are completely free in what teach, it results in unconventional and original courses in which students have a lot of freedom as well. For instancce, my Security Capita was a policy recommendation for the EU for the implementation of a pilot project on solar powered desalination and agriculture in Southern Spain. Not the first thing you think of with ‘Security’, yet it was a fun exercise to write about energy/food security from a ‘policy recommendation’ perspective.

After this, the thesis and the internship await, yet as I am still in the writing stage of the first and in the application stage for the latter, I cannot say too much about that. Start early is all I can say. Oh, and to provide you with a time frame, ATIR, the two research modules and the Capita are scheduled in the first semester (very busy, but possible), whereas the thesis and internship are to be done in the second. Most internships however last longer than 3 months, so this might provide some problems. The way I am planning it is that my thesis will be finished somewhere this summer (hopefully soon, the weather just keeps on getting better!) and my internship commences in September.

As a master student, you simply get taken a lot more serious

A final aspects that is really worth mentioning is the atmosphere at the master. The students I met were all very motivated and worked hard. This stimulated me to continue giving my ‘full 100%’ (corny!) and I’ve had great ‘intellectual’ discussions with them. Some of you might already be doing this during your bachelor’s, yet even though I worked hard during my bachelor’s as well, this was a new experience. And its not just the students who add to this atmosphere, the lecturer’s contribute greatly as well. As a master student, you simply get taken a lot more serious. Lectures engage in debates as equals and are very interested in what you, as forthcoming academic, have to say.

To conclude, for me doing the master’s in Groningen was the best idea I’ve had all year. The master is challenging, interesting and of high quality. The lecturers and students are as well. The reason I wrote all this is because I struggled a lot with choosing a master, where to do it and whether I wanted to do one in the first place. If you have these doubts as well, do not be afraid. I think it is perfectly normal to doubt about such a big and determining decision. Thinking about where you would like to see your life going is of great importance. But do not get lost in your own doubts, I still haven’t decided on these matters, yet have picked a great master. I believe these things will resolve themselves in the course of your life. It’s good to think about them, but to worry about them is needless. For me, doing my master’s degree in Groningen is the perfect option for challenging myself, without limiting myself to a certain field. I now know much more about what I want and am increasingly focussing on Critical thought and the European border policies. I still do not know where this will lead to though, and whether this is what I want with my life. Who knows, maybe next year I do know. In that case, I’ll write another ‘memoirs’ to relief students in these difficult times. For now, enough UB for me today, I’m going to the Noorderplantsoen.

Feel free to leave any further questions below, I will answer them as soon as I can.