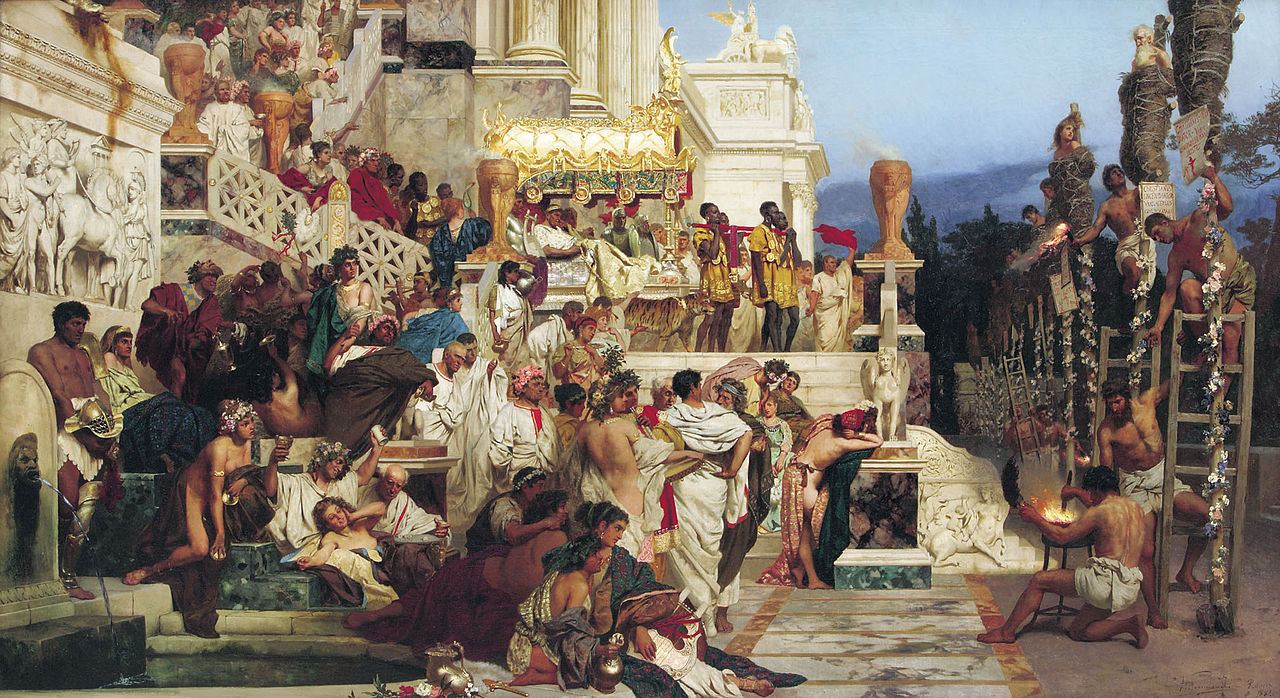 I was not sure if I was going the right direction. Even though the recorded voice kept announcing the somehow familiar stops, I could not shake of the feelings of anxiety and excitement, which kept me on the edge of the seat for the rest of the trip. In less than 20 minutes the city was left behind and the bus drove deeper and deeper into the suburbs. The overwhelming swelter became unbearable and I lost the number of stops.

All of it – the uncertainty, the heat, the possibility of getting completely lost – seemed worth the upcoming discovery. I was in search of a small church southeast of Rome, located near the Appian Way, on the site where, according to the legend, Saint Peter met Jesus while the former was fleeing persecution in Rome. Confirming to the apocryphal Acts of Peter, in the moment of encounter, the apostle asked Jesus “Quo vadis, Domine?” (Latin for “Where are you going, Lord”?), to which he replied, “Romam vado iterum crucifigi” (“I am going to Rome to be crucified again”). The apostle thereby gained the courage to continue his ministry and returned to the city, where eventually he was martyred by being crucified upside-down. Years later, the Church of Domine Quo Vadis was built where, according to legend, the meeting between Peter and Jesus took place.

Suddenly, I realised that I just missed the right stop. It took me 10 minutes to walk down a fenced and narrow highway with cars whizzing only few inches away from me in order to return to the right spot. No, it was not a pilgrim’s journey. Not at first, at least. The reason that I just had to find the chapel and leave all the touristy attractions behind was a little bit more complex.

In 1896 a book called Quo Vadis: A Narrative of the Time of Nero written by Henryk Sienkiewicz was published. Namely for this historical novel the Polish author later on gained an international acknowledgment and a Nobel Prize for literature. The novel portrays a love story that develops between a young Christian woman, Lygia, and Marcus Vinicius, a Roman patrician. The story takes place in the city of Rome under the rule of Emperor Nero (approximately 64 AD). It is known that Sienkiewicz studied the Roman Empire extensively prior to writing the novel and visited the relevant settings, with the aim of getting historical details correct. As such, several historical figures and events appear in the book, e.g. the Great Fire of Rome or the death of Claudia Augusta, sole child of Nero.

As a whole, by introducing the very foundations of the Christianity the novel carries an outspoken pro-Christian message. Events in the novel take place in the period of time, when Rome was at the top of her power. Having defeated all of the potential enemies, the country had nothing to fear from its defeated neighbours. In these golden ages, instead of governing the empire young and spoiled Emperor Nero devoted himself to arts, poetry and acting. Following their master in his madness, those close to the emperor merged themselves in luxury and amusements. In contrast to the lifestyle of Caesar’s court, people dwelling in poverty and slaves comprised majority of the population, this giving subjects for social conflicts. Consequently, a new religion, Christianity, with the intention to serve as a last hope for these wretched people was born.

Yes, the book is pro-Christian. However, Sienkiewicz’s view of Christianity is strikingly progressive for his time, for example, due to his remarkably strong effort to unite sexual desire into conversion and Christian love.

However, it is not for its historical or religious values that the book is so captivating and, in my case, life-changing. By all means, the book itself truly takes the reader back to the days when Christianity was a new phenomenon and suggestively depicts how exactly, despite the severe persecutions, the movement eventually flourished. This alone constitutes Quo Vadis as an excellent novel, but it is spiritually invigorating on all the possible levels. For instance, the way the author portrayed the characters, such as Petronius, a generous and noble Roman. Titled as the “arbiter of elegance”, Petronius is a member of Nero’s court who uses his wit to flatter and mock him at the same time. Somewhat amoral and a bit lazy and loved by the Roman mob for his liberal attitudes, Petronius plays a significant role in helping his nephew Marcus Vinicius to get closer to Lygia.

Moreover, the objective perspective on the subject matter and the absence of didacticism furthermore engages the reader into the storylines. Yes, the book is pro-Christian. However, Sienkiewicz’s view of Christianity is strikingly progressive for his time, for example, due to his remarkably strong effort to unite sexual desire into conversion and Christian love.

I must say that after reading this book I was amazed, startled and horrified at the same time. Especially when turning the pages of the last chapter where the Church of Domine Quo Vadis is presented. The question “Quo Vadis?” in itself carried a secret message which followed me through the years of childhood and adolescence. It comprised all of my doubts and uncertainties about the future and challenges which were waiting ahead. Where am I going? What do I aspire to accomplish? And all of the crossroads had to make sense after visiting the Church of Domine Quo Vadis. Thus I promised myself that if I am ever in the city of Rome, I will find it. And I did.

As I entered the tiny Church I saw a monument of Henryk Sienkiewicz on the left side and just in front of me a marble slab with the two footprints — nowadays a copy of the original, which is kept in the nearby Basilica of San Sebastiano — that are popularly held to be the miraculous sign left by Jesus when the encounter between him and Peter had occured. Compared to the St. Peter’s Basilica or any other Church in the area, this one was nothing but an ascetic sanctuary with “only” two hanged paintings. But as you might already guess it was the most magical place I visited during my whole stay in the city of Rome. 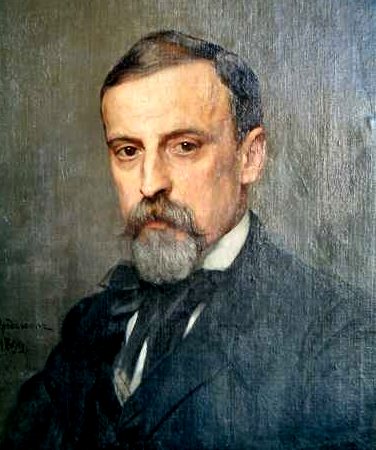 Facts about the Author

Henryk Sienkiewicz was born on 5 May 1846 in Wola Okrzejska, a village in the eastern Polish region of Podlasie, then part of the Russian Empire.

The family on his father’s side derived from Tatars who had settled in the Grand Duchy of Lithuania. It is for this reason it is said that the author first wrote under the pen name “Litwos”.

Sienkiewicz debuted as a journalist when The Weekly Review ran his review of a play on 18 April 1869.

As a young author, Sienkiewicz used to travel. He visited places like New York, San Francisco, California, Nevada and cities in Europe, such as London, Paris, and Rome.

He was married three times.

The popularity of Quo Vadis in France, where it was the best-selling book of 1900, is shown by the fact that horses competing in a Grand Prix de Paris event were named for characters in the book. In the United States, Quo Vadis sold 800,000 copies in eighteen months. To avoid intrusive journalists and fans, Sienkiewicz sometimes travelled incognito.

Sienkiewicz died on 15 November 1916, at Vevey, Switzerland. The cause of death was ischemic heart disease. His funeral was attended by representatives of both the Central Powers and the Entente, and an address by Pope Benedict XV was read.