Move over the Donbass, new fault lines are in sight. 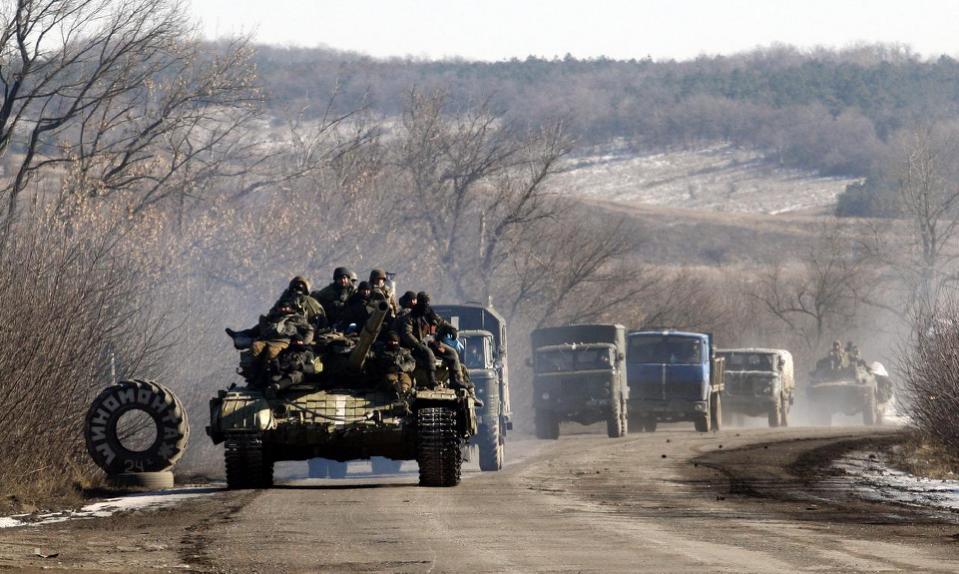 With the conflict in Eastern Ukraine lingering on into a ceasefire that does not really live up to its name, the international community should nevertheless take a broader view. As Russia seems to be on a path to reasserting a more dominant role in regional politics, a multitude of conflicts that have been “frozen” pretty much since the end of the Soviet Union, may soon become very hot indeed.

As it stands, the conflict in Eastern Ukraine will soon transform into a peculiar situation that is neither war nor peace but keeps the regional interests in check. It is very much conceivable that the opposing parties become stationary at a line of demarcation, which has yet to be determined. This would mean leaving Ukraine in an instable position, but avoiding large-scale warfare.

However, the presence of ethnical Russians in the Eastern oblasts of Ukraine is not the only potential for conflict in an environment of growing animosity between Russia and the West. Here is an overview of places to keep an eye on over the next few months:

(Note: All of the situations mentioned below are much, much more complex than this short overview is  able to portray. So if you are particularly interested in some of the topics raised here, I suggest you follow the links for more detailed information.)

First up is Bessarabia, a region stretching over Ukraine’s South around the border town of Izmail, as well as leaping into Moldova. Bordering Romania and the Black Sea, it is not far from Crimea, and it is certainly not very strongly associated with the government in Kiev. The Ukrainian part of Bessarabia is inhabited by an ethnic mix-up containing Russians, Bulgarians, the local Gagauz people, Romanians and even some descendants of 18th century German colonialists. Most people speak Russian, and there is a feeling of being neglected by the central government. Over the last months there have been rumors of a separatist upheaval modeled after the movements in Donetsk and Luhansk, led by former Soviet army officers. Although these rumors have died down more or less, tensions are still running high.

What makes this strip of land so interesting from a Russian point of view, is the strategic importance of Bessarabia’s geographical position: wedged in between Crimea and Transnistria (see below) and connected to the rest of Ukraine only by two major bridges over the river Dniester, Bessarabia and its versatile political situation looks like a perfect stepping stone if Russia decides to further expand its influence.

Bordering Bessarabia lies Transnistria, a territory formally belonging to the Republic of Moldova, from the remainder of which it is separated form by the river Dniester. Since a bloody war in 1992, however, Transnistria  de facto governs itself and maintains an own government, army, and police force. The economy of Transnistria is doing relatively well, thanks to cheap in imports in gas and other essentials from Russia and many jobs created in the surrounding of the strong, Russian backed-military. Contrast that to the rest of Moldova, which ranks as one of the poorest countries in Europe, and it becomes evident why there is a strong pro-Russian sentiment not only in Transnistria, but also in other parts of Moldova.

Russia already maintains a military detachment in Transnistria and routinely exports arms to the breakaway-region. Keeping in mind the large amount of influence Moscow already exerts here, linking this zone to Crimea and possibly to the separatist regions of Eastern Ukraine would give the Kremlin a huge amount of leverage in what it regards its personal buffer zone to the west.

(See what the Guardian had to say and what NATO thinks about Russian involvement in Transnistria. For a highly detailed and interesting account of Russia’s  potential plans there visit Edward W. Walker’s (UC Berkeley ) blog about Eurasian Geopolitics.)

Although the context of the Nagorno-Karabakh conflict is much more complicated even than the correct pronunciation of its name, an enormously simplified version looks like this: Nagorno-Karabakh is a large, land-locked enclave within Azerbaijan, that is populated mostly by Armenians, has close ties to the Armenian state, but regards itself as being independent. The clashes between Armenians and Azeris around this piece of land predate even the creation to the Soviet Union, but were pretty much held in check by strong communist rule until 1990. Ever since, however, violence between the adversaries has flared numerous times.

Russia traditionally had a large stake in the conflict: it functions as the biggest arms importer to both Azerbaijan and Armenia, its only military presence in the region is in Armenia with which it holds a security alliance. With a new strategic doctrine emerging after Ukraine, however, Russia might be more interested in escalating than solving the conflict in the future. A weaker South-Caucasus region as a whole might make it easier for Russia to project its influence and further its own interests here. On the other hand, stability here is paramount to Russia’s secure access to resources and shipping routes in the Caspian Sea. The next months will show how these interests play out into political actions.

(For more information see Radio Free Europe’s (strongly) opinionated report, or see VICE News’ piece for an interesting read on the political implications of the conflict.)

Of course, there is a lot more to to discuss about Russia’s policy towards its neighborhood, but these few impressions are already a good reminder on how decisive the next few months are going to be for the future of the wider region.

1 thought on “Move over the Donbass, new fault lines are in sight.”