A Tribute to Lee Kuan Yew 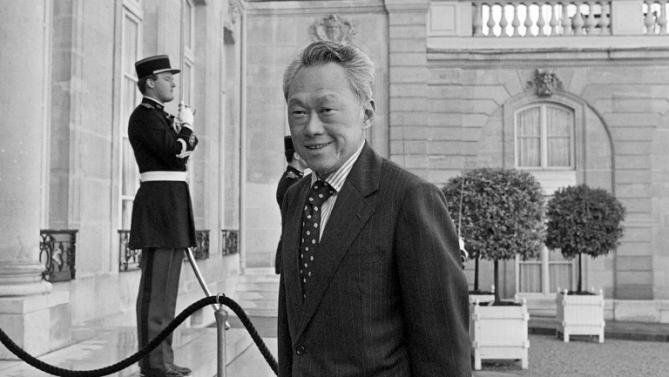 On the 23rd of March this year, Asia lost one of its most peculiar leaders: Lee Kuan Yew, the very first prime minister of Singapore. This man, who was known for his seemingly totalitarian regime was nevertheless a dearly beloved and admired leader among his citizens. Through Western eyes it seems a strange paradox to have a population bound by such strict rules not rarely interfering with personal lives, that has proved to be such a successful nation – if we may call a nation successful- and that fosters such deep satisfaction with the power regime. How did this one distinct individual manage to shape a country into one of the most triumphant nations in Asia?

In the 1960s Singapore was just another developing country in Asia. It had absolutely no natural resources and the only sky-high thing it possessed was its unemployment rate. In 1965 its GNP was less than $320 per capita. Its infrastructure was less than bad and national capital was extremely low. Yet, in a few decades this country rose from a third world country to one of the most advanced and developed economies in the world. This success can be attributed to the extremely well working nation-building process that has been shaped and implemented by Lee. Lee Kuan Yew had a very particular idea in mind of his nation and he took a very firm and persistent approach in implementing this idea in the lives of all citizens of Singapore. His ideas were based on so-called ‘Asian values’ and the school of Confucianism.

Lee, as most Asian leaders, derives his legitimacy from economic growth. His primary concern was therefore to generate and sustain this. In order to do so, the country must attract as many foreign investors as possible. Consequently, Singapore’s economy was shaped into having the most business-friendly environment possible, meaning the weakest labour unions and the least labourer rights. In other words, it needed to foster the purest form of capitalism to carry advantage over European states choosing a ‘third’ way by means of a welfare state. Additionally, this ‘welfarist’ idea could pose a serious threat to the legitimacy of Singapore’s one-party ruler. Welfarism is connected to liberalism as it enables different groups in society to pose their concerns to the government and demand responding policies. This induces the political articulation of multiple ideologies carried by citizens and explains why European countries have adopted a multi-party representation in their government. Lee and his PAP-government however, would no longer be able to rule as a one-party power if such ideological fragmentation was apparent in society.

Confucianism is therefore an exclusive ideology: it rejects the idea of including unrelated others and therefore poses a paradox in Asian Values.

This brings us to one of the two, inherently opposed, core components of the Asian Values propagated by Lee after 1980: Confucianist meriticocratic competition. Confucianism fuelled economic development by stimulating people to compete over each other in order to elevate their own ‘social group’ over others. Confucianism is therefore an exclusive ideology: it rejects the idea of including unrelated others and therefore poses a paradox in Asian Values. The latter intended to be inclusive and create some sort of a nation wide ideology. This was achieved by implementing a second, subordinate component in Asian Values; that of communitarianism. Lee simply rejected to distinguish between the individuals and their families as propagated by Confucianist ideas, and the community. He advanced the thought that all individuals were indeed the community and that there was no difference between familial and community ties. This way he could both foster the purest form of capitalism and avoid political and social fragmentation.

Overall, Lee has made incredible achievements for his country, and the large tributes made in his honour at his funeral are certainly a recognition by the population of his success. Fortunately his spirit and good leadership keep characterising the country through his son, Lee Hsien Loong, the current prime minister.