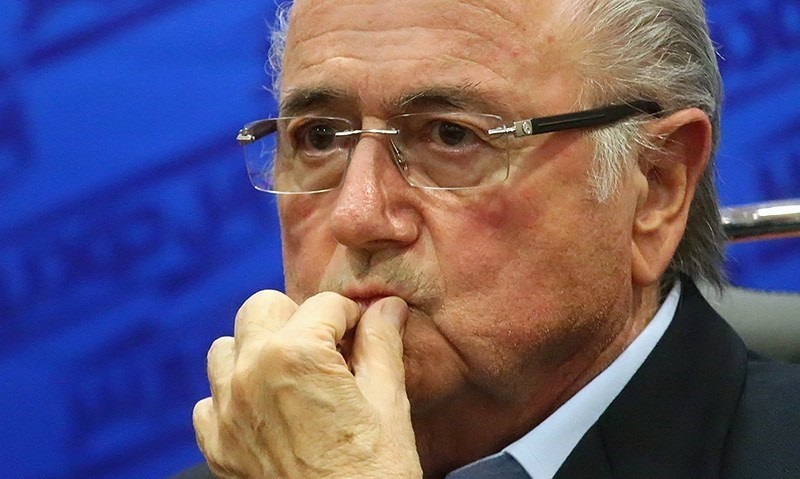 Yesterday, Swiss police entered a luxury hotel in Zurich and arrested seven high functionaries of FIFA, among them two vice presidents of the organization, Jeffrey Webb and Eugenio Figueredo. The men are accused of corruption, and breach of trust.

On the same time Swiss authorities investigate against the FIFA itself under suspicion of money laundering and irregularities with regards to the placement of the World Cup in Russia and Qatar 2018 and 2022. This happened shortly before the planned beginning of the annual FIFA Congress, the highest decision-making organ of the organization, where all member associations are part of. A main point on the agenda of the Congress is the election of the organization’s next president for the next four years. It is assumed to be guaranteed that the 79-years old Swiss, Sepp Blatter will be re-elected for his fifth term of presidency of the wold federation.

It is amazing how Blatter manages to remain the head of the organization now for sixteen years, full of incidents of corruption, fraud and other accusation against the FIFA itself or high officials within. Just the fact, that now, two vice presidents were arrested makes it very difficult to believe that Blatter had no idea about what is going on. How does the man manage to survive one scandal after another without being negatively affected although he is the head of the organization and therefore responsible for its actions and processes within it? We don’t know which impact the arrestment of the officials this morning had and we don’t know how it will affect Sepp Blatter. But as it seems right now, Sepp Blatter manages to survive this scandal, as the president, as all the others in the recent history of FIFA.

The election will take place tomorrow, if the Congress proceeds as planned. The 206 member national football associations form six federations which normally vote en bloc when it comes to decision about the future president. Every national association has one vote, non-regarding the size of the country or of the association. The DFB, the German Football Association which is the biggest in the FIFA has the same power than the Football Association of the Dominican Republic.

Blatter has understood the high importance of the smaller countries and secured a big supporter group in the CONCACAF, in which all associations from Central and North America and the Caribbean are part of and which has 41 votes in total. It is amazing what reputation Blatter has, especially in the Caribbean region. Recently the head of the Dominican football association said this about Blatter.

Furthermore, the Asian confederation, AFC already stated earlier this day, that it will support a presidency of Blatter, non-regarding the newest scandals. They have 46 votes in total. When Blatter gets re-elected for a fifth time, there is little chance for clarification and change within the organization. It is simply unrealistic having in mind how the organization and especially its leader Blatter coped with accusation throughout the last decade.

FIFA and the image of the World Cup has suffered a lot throughout the last years. Be it because of unsustainable investment in South Africa 2010, the environmental damage and social turmoil in Brazil or the ridiculous decision to place the FIFA World Cup in the desert in Qatar with non-existent infrastructure and temperatures over 40° Celsius. Adding this to the constant line of accusation of corruption a lack of transparency, the FIFA is on the way to “kill the football” as it puts the UEFA this morning. Diego Maradona, famous Argentinian football legend has a similar opinion on the FIFA and its leader Blatter.

“Under Sepp Blatter, FIFA has become a disgrace and a painful embarrassment to those of us who care about football deeply”

But there is a small chance, real change within the FIFA could arise from the newest scandal. The European Confederation UEFA demanded this morning to postpone the presidential elections. UEFA wants to stop business as usual and this is the biggest hope for real improvements right now.  The Europeans do not have enough votes (53) to unanimously blockade or stop the elections, but they can, and they must take a strong opposing stand. And if their demands remain unheard, ignored by the others, UEFA may take more drastic measures, maybe even a boycott of the Congress and the election. For now, it is in the hands of the six confederations to decide whether the FIFA will add another disgraceful corruption scandal on its list or whether enough is enough and it is time for a change.