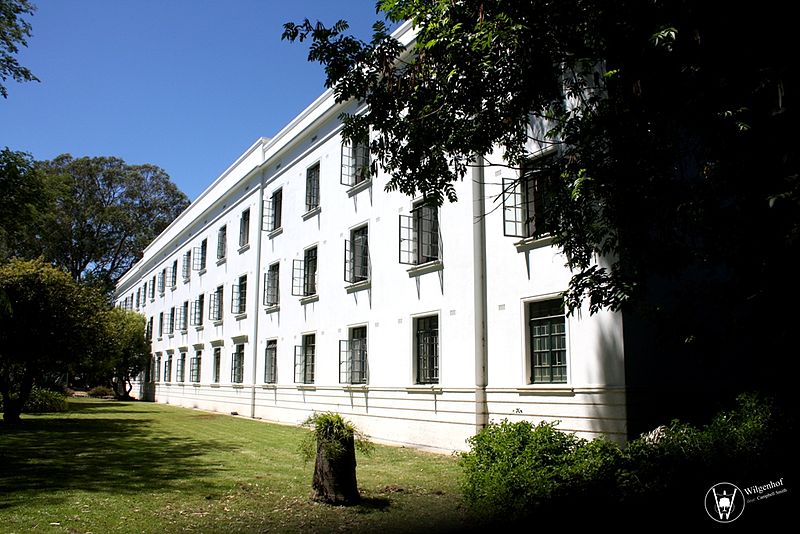 As the exams are drawing to a close, and more and more students are leaving this little town for greener (and considerably warmer) pastures, Stellenbosch surely is a different place than it was a mere month ago. At the moment, I’m snuggling up in my bed with a cup of hot chocolate, because the rain has been pouring down for three days non-stop now (I have told the weather gods there was a reason I left the Netherlands in the first place, but they don’t seem very impressed by that argument) and does one really need any other excuse for spending a day in your hot bed?

though I do admit, I miss a little bruin café with Belgian speciaalbiertjes!

Stellenbosch University has been an amazing place to be for the past six months. The people are friendly, interesting and interested (which do not always go hand-in-hand), and beautiful. The professors are passionate (which definitely does not always happen!), cynical and hopeful at the same time, and great teachers. The little town itself is beautiful and every morning when I walk out of my apartment block I feel like the luckiest person alive to be living in this gorgeous corner of the world. And the society in which all of this is placed is vibrant, alive, gritty, not always pretty but very much alive, trying very hard to all stick together, but at the same time wanting to run away from one another as fast as possible… You cannot help but feel very much alive here in South Africa! Those that know me will know I have toyed with the idea of living in South Africa for as long as I can remember. And the experiences of this semester have not done anything to dissuade me of that idea!

For any student in International Relations, it would be an excellent idea to study somewhere that is not in the West/global North. South Africa as a society – and especially that segment of South African society that is higher educated – is wedged uncomfortably between the North and South, the West and the Rest, and this makes for incredibly stimulating education, especially in our field of academics. You don’t realise how biased our education is, and how strong the European influence is, until you move out of Europe. Or maybe biased is not even the right word – I would rather say how unquestioned, unchallenged, assumed, taken for granted. When discussing the characteristics of a democracy, for instance, it is not simply assumed that a proportional, liberal democracy is the short-cut to a successful state and happy citizens. Such liberal concepts, that we are used to taking as baselines, are critically examined here. And this is not just for argument’s sake, or for the sake of being academic and questioning everything.

All around them, students see examples of different types of democracies, or different ways of creating judicial systems, with different outcomes. Botswana, for instance, is a nominal democracy but has since independence in 1966 only ever been ruled by the Botswana Democratic Party (BDP), while opposition parties (for a number of reasons that I cannot go into now – we spent a whole semester on this question!) have no hope for ever beating them. We would assume that this is bad, that this is not a good example of a democracy, and that things need to change. But on the other hand; Botswana is one of the most successful democracies in Africa, with the lowest levels of corruption, and great citizen satisfaction. The BDP has help raise Botswana from terrible poverty to one of the most successful African economies in a matter of decades, earning it the nickname ‘Switzerland of Africa’. Why would you want to change a winning recipe, and is it then such a good idea to strive for perfect competitive democracy at all costs, for the sake of democracy, after all?

This critical attitude can also be found outside of the classroom, and this year many new student initiatives and movements have actually been born. Throughout the country, students are calling for the decolonisation of tertiary education, for transformation of language policies (which, unlike in Groningen, is not about making more studies available to foreign students – but about making education available to as many South African citizens as possible, who speak 11 different languages, and don’t all speak English on an academic level…), and inclusion of African thinkers in curricula. In Stellenbosch, on a more social level, just this semester a handful of movements have arisen to tackle the sexism that is unfortunately quite apparent, especially in Stellenbosch, which known for its  conservatism. It is, all in all, a very exciting time to be a student in South Africa. Many things are happening and changing, and there are so many different opportunities to have your voice heard. What’s more, you are even encouraged to make your voice heard, and on a great number of different platforms people are speaking up. Not just the activist student leaders, but everybody (including those that are a bit exasperated with ‘all of this activist nonsense’, and would prefer everybody to just return to their studies. ‘You’re here to get a degree, after all!’).

Add to this stimulating equation the backdrop of the beautiful Stellenbosch mountains; the amazing hospitality of locals, who do not hesitate to invite you over for a braai or a wine tasting after having just met you once; the gorgeous little student town with all its coffee shops and bars (though I do admit, I miss a little bruin café with Belgian speciaalbiertjes!); and the exciting country that lies behind you, ready to be explored (cheaply!)… And I cannot help but conclude that this is an exciting and beautiful place to be alive in.