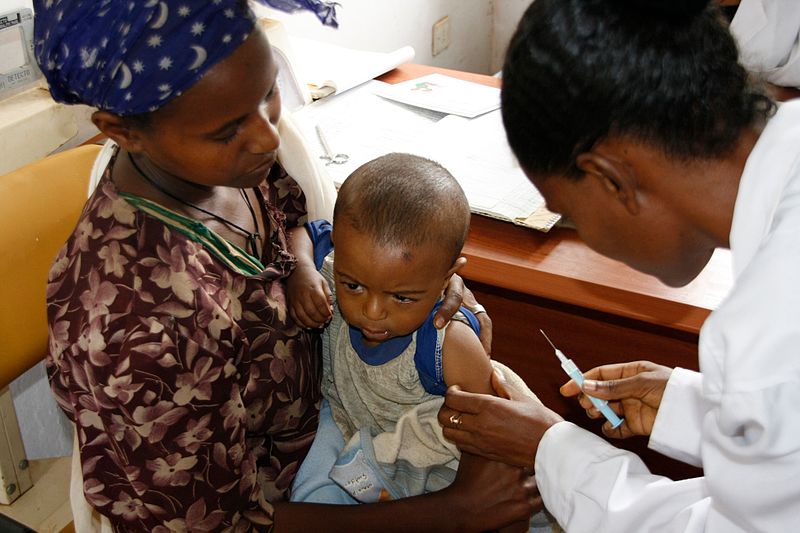 With this information in background current news about the realisation of the first vaccine against the disease sound promising. The company GlaxoSmithKline (gsk) got a positive feedback on their serum Mosquirix by the European Medicines Agency which is a first step towards the admission of the substance. In the following an acceptance by a European medical authority could lead to a recommendation by the World Health Organization. This again could lead to further countries approving the substance. The vaccination, which decreases the risk of infection by 30-50% depending on the age of the children is intended to be used in sub-Saharan Africa where 90% of the deaths occur. Does this mean we can hope to save more humans and that the damage of the disease will be limited in the future?

Unfortunately the existence of a vaccine does not  directly equal less deaths and a better situation for the affected group. Since the development of new substances is a time and money consuming business the costs of the developed products often are very high. This leads to the cynic reality that we have major deadly diseases and large amounts of people affected but the prices of the substances like vaccination or medication are simply too high for the poorest to pay for. Reason might not even be acquisitiveness of the pharmaceutical company but just the compensation of years of spending for research.

It is good to hear that gsk limited the profit margin on 5% for Mosquirix in order to finance further research. Furthermore the research for this substance, which cost $365 million was heavily subsidized by the Bill Gates Foundation. This may help to vaccinate a higher amount of people since it is cheaper. It seems quite realistic that the income of the people will decide about the vaccination in the early stages. And some other questions remain:

What about the contribution, how can be decided which groups are first to be vaccinated and which groups have to wait. Waiting which implies a high likelihood that it will lead to deadly infections?

In the end, the news about the first positive feedback of a vaccine against Malaria by the EMA are good news. But there remain huge obstacles until we can hope of improvements for the people who suffer the most. As always, it is mainly a question of money and resources, and less of needs and justice. That is why basic research, especially when it comes to dangerous diseases should be subsidized by governmental funds because then the pharmaceutical companies can be influenced and limited with regards to their profit margin and the needed medicine is affordable.