The Real Crisis in Ukraine 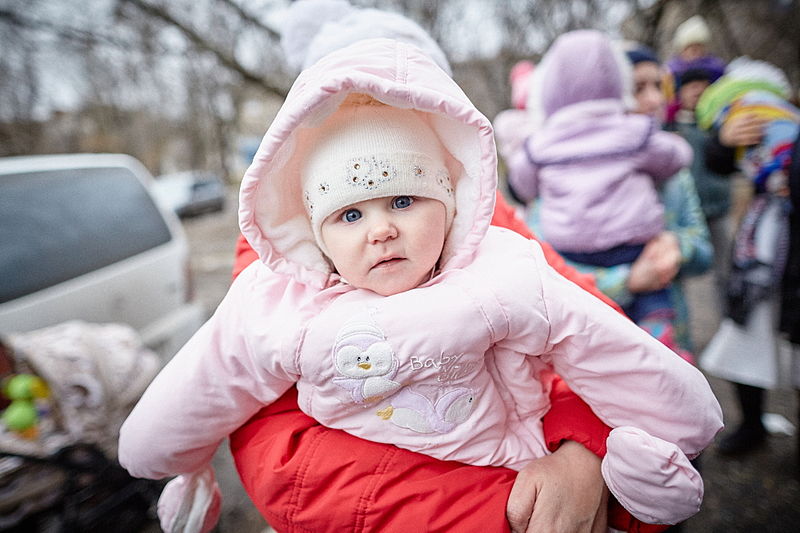 With the conflict in Eastern Ukraine simmering on for more than a year now, global public attention has largely moved on to other theaters of conflict. From a strategic perspective though, one statistic about Ukraine still deserves thorough analysis: In 1990, the total Ukrainian population was about 52 million people, today it is less than 46 million, with UN estimates placing it at 34 million in 2050. How did this decline occur and what strategic implications does it have?

To understand what drives population decline in Ukraine, one has to take a close look at the changes Ukrainian society has undergone over the last thirty years. While birth rates were stable at more than 2 births per woman in Soviet Ukraine throughout the 1980, thus maintaining population levels, these numbers fell drastically for independent Ukraine in the 1990s. Much of this was caused by the economic uncertainties that arose during the transformation to a market economy. Ukrainians were less sure about their future and less willing to start a family. In addition, many of the support systems for young families formerly provided by the state were either abolished or given to private investors, which drove up prices. This included daycare centers, rent subsidies, subsidized food and clothing etc. All of this led to birth rates falling to 1.1 births per woman 2000, one of the lowest rates recorded by the UN. Since than it has bounced back to 1.5, but still these numbers mean a society that is aging rapidly.

In addition to fewer children being born, population levels in Ukraine are also under pressure due to premature mortality. In 2013 average life expectancy for Ukrainian males was 63.8 years, while it was 74.9 years for females. While both these numbers are comparatively low (see table below), what is especially shocking here is the gender gap. The causes for the high mortality of working age men, (a problem which is similarly faced in Russia) are mostly lifestyle related: stress, uncertain economic outlook and, most prominently, alcoholism. One study finds that in Ukraine in 2007, as much as 40 % of all deaths of adult men were alcohol related. In combination with a struggling health care system, these risks turn out to be critical for Ukrainian population levels.

So why should anyone care if Ukraine becomes significantly less populous? Well, first is important to know that the general trend of declining population plays out unevenly over Ukraine’s different regions. The Eastern part of the country, with its heavy industry in the Donbass area, has suffered the most from the breakdown of the Soviet economic structure of guaranteed demand, prices and wages. It is in these areas that birth rates have been the lowest, leading to an aging population which was increasingly dependent of pension and other transfer payments from Kiev. This was also the home base for Viktor Yanukovych’s Party of the Regions and today is at the center of Ukraine’s conflict with Pro-Russian rebels. In the west of Ukraine, the intensity of population decline was considerably lower. While still being characterized by few births and bad public health, some of Ukraine’s western Oblasts actually reported natural population growth (ignoring the impact of migration) in 2012. The population here is on average younger and looks more favorable on association with the European Union. The Maidan revolution and the ensuing conflict cannot be understood properly without bearing these facts in mind.

Secondly, the population decrease also means another burden on Ukraine’s already struggling economy. Without a sufficient number of young, qualified and innovative workers, the turnaround to prosperity will be a particular hard one to make. Any western country or group of countries that wishes to support rebuilding Ukraine economically and strategically, making it a partner of the West, should keep in mind the increased costs caused by the demographic trends.

Lastly, and most pressingly maybe, the demographics show that on group is shrinking the most: young, healthy men. This is also the group that Ukraine needs most urgently, as recruits to defend its eastern border. If the current trends continue, this defense might be crumbling due to a lack of manpower.