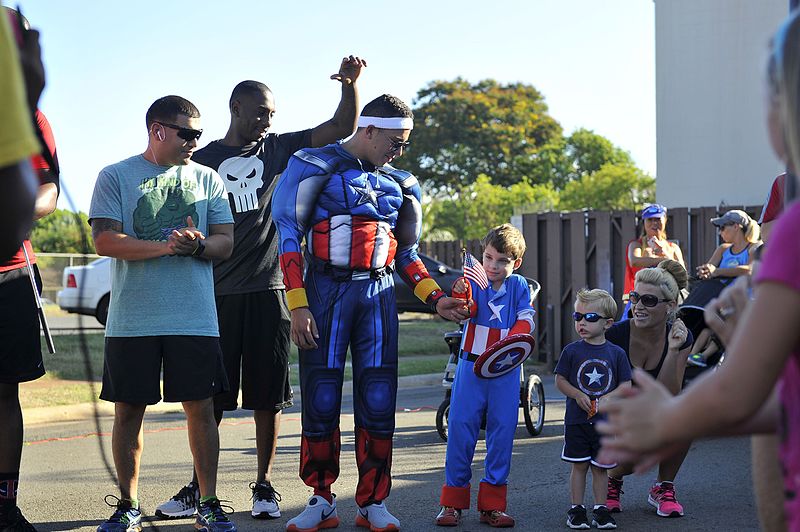 The comic book superhero, perhaps one of the most “American” inventions of the 20th century. At the eve of World War II, the ‘golden age’ of the American comics began when Superman strode onto the stage to inspire the American people with patriotic tales and vivid images of a triumph of good over evil, very much reflecting the social sentiment of that time. Two years later, Captain America -sporting his classic stars and stripes costume- was pictured battling Adolf Hitler on the very first issue of his comic series. This archetype of the patriotic American superhero would be bolstered with the appearances of Batman, Wonder Woman, the Flash and Captain Marvel. All of them fighting injustice against the United States of America and its people.

At the same time, comics have a tendency to reflect current political trends. When the supremacy of the United States as a unipolar international actor became contested during the Cold War, the United Nations began its journey within the world of action heroes. The 1987 comic Justice League International sketches a world in which governments are going bankrupt, the masses are out in the street protesting, and terrorists are blowing up state building while the credibility of the United Nations is in shambles. Aside from this being an eerie prediction of future events, it shows us a -hypothetical- world where the United States has lost all control, and the Security Council is led by a triad of China, Russia and Britain. Suffice to say, this comic placed the United Nations at the centre of -comic book- attention, at least for a while.

“Once upon a time there was the Justice League of America,” reads the mission statement of the comic’s launch in 1987. “But that was another era, when the world could afford borders and boundaries, when heroes could claim national loyalties and feel justified in their claims. But in today’s world there’s no longer room for borders and boundaries. The walls between nations have to fall if our planet is to survive.” That might have been a bit ahead of its time, “globalism” didn’t even enter the Oxford English Dictionary until 1986, let alone become a political ideology. So Justice League International was shelved in 1994, after a stop-start run of only 36 issues. But it was re-launched in September 2011, tapping into the global crisis of confidence in the ability of governments to solve the world’s financial and security troubles.

In April 2011, Superman -fretting that his close association with the United States had undercut his ability to defend anti-government demonstrators in Iran- went to the United Nations to renounce his American citizenship.

“Truth, justice and the American way – it’s not enough anymore. The world’s too small. Too connected, I’m tired of having my actions construed as instruments of U.S. policy” – Superman

Yes, it’s just a comic book, but the story finds many real world parallels. The decision -in the comics- to place a U.N. triumvirate at the head of the organization was something the Soviets lobbied for in the 1940s.Or think about the risks of sending an ill-prepared, poorly resourced peacekeeping mission on an assignment. Indeed, the very idea of assembling a nimble force of international do-gooders to confront the global threats has deep roots at the United Nations.

President Harry Truman floated the idea of placing international forces at the disposal of the United Nations to confront threats to global peace. Ever since, the U.N. has flirted with the establishment of a lean, rapid reaction force that could spring into action when a crisis first emerges. But the U.N. membership has ultimately refused to allow the U.N. secretariat to create its own independent force out of fear it could not be controlled. And in the comic books the U.N. leadership seems to share those concerns. “I remain skeptical. This might well blow up in our face,” China’s representative on the global steering committee, Chairwoman Bao says. “We have flirted with this notion before. We keep saying no.”

As much as comic books might seem something for children to enjoy before they are supposed to move on to reading the classic literature, they do provide us with a striking view of the world we live in. Oftentimes our society and our politics are warped in the imaginative world of the writer, but at the same time the striking parallels should make you wonder… Perhaps reading -and understanding- action comics is worth more than we think for our understanding of international relations?