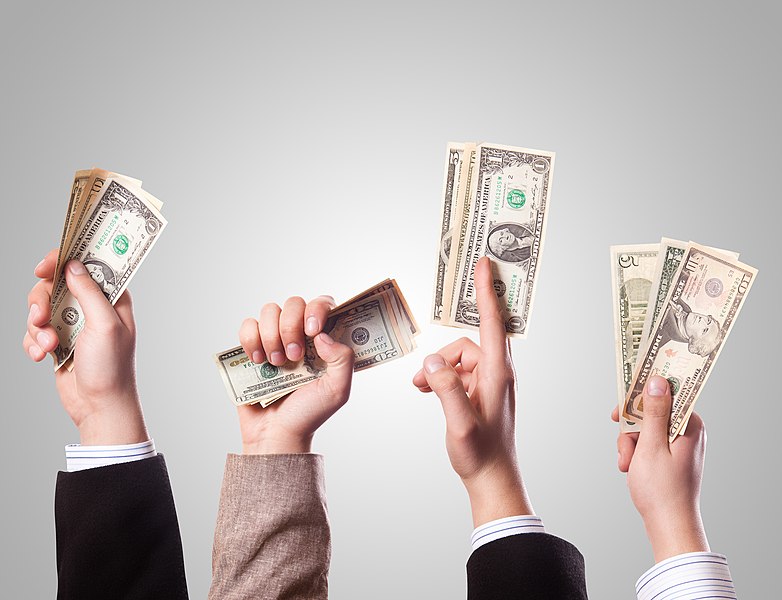 Everything can be crowdfunded nowadays. One pitches an idea to the internet and people who are interested can contribute. It provides great opportunities for a lot of individuals, businesses and projects. Crowdfunding started out as an alternative way to fund medical bills, business start-ups and charity causes. People are finding more and more ways to put this way of funding to good use. Politics has also discovered the use of crowdfunding, there are political causes all over the internet ready to be contributed to. There is a wide variety of options, even nations can be crowdfunded. So far, that has happened three times.

Probably the most famous crowdfunding campaign for a state took place July this year. When the Greek debt crisis was at its peak Thom Feeney, a 29-year old Londoner, started a crowdfunding campaign to raise 1.6 billion euros to relieve the Greek debt. In return, contributors would receive Greek-themed gifts ranging from feta-cheese and olives to a holiday for two in Greece depending on the amount they contributed. At the end date of the crowdfunding campaign just over 2 million euros were raised, which did not solve Greece’s debt. Feeney’s motivation to start the campaign was to help the people of Greece, since European politicians failed to achieve a solution. It was supposed to be a campaign “from the people for the people.”. Feeney said: “There is a humanitarian crisis in Greece, not just an economic crisis.”. The idea was that if every European would pitch in the debt would be solved. The idea to crowdfund the national debt of Greece received a lot of media attention. However, Tom Feeney wasn’t the first to think of crowdfunding a nation out of its debt.

It was supposed to be a campaign “from the people for the people.”. Feeney said: “There is a humanitarian crisis in Greece, not just an economic crisis.”

In April 2013, crowdfunding platform Crowdtilt ran a crowdfunding campaign to crowdfund the debt of the United States. On the page, U.S. president Obama asked visitors to contribute an amount as small as 1 dollar as a method to help pay off the national debt: “My fellow Americans, Despite the best efforts of my administration, prolonged partisan debates in Congress are preventing us from a solution to our mounting national debt. Instead of bickering over taxes, we’re taking a new approach: asking everyday Americans to chip in so we can pay off our debt once and for all. With your help, it’s time to act.”. A lot of Americans were ready to make a contribution only to find that the page turned out to be an April Fools joke (you can go to http://www.crowdfundthedebt.com to check out the page). Even though the crowdfunding campaign was not serious, it proves that the idea to crowdfund a nation was born long before Tom Feeney started his campaign.

Last year in July the idea to crowdfund a nation was given a more creative turn. Jeremiah Heaton made the news by claiming a slice of land between Egypt and Sudan. When his 6 year old daughter asked him if she could be a real princess one day, he answered her she could be anything she wanted. To keep his word he found the only unclaimed piece of land, located between Egypt and Sudan and placed a flag with his daughter on her 7th birthday. The Kingdom of North Sudan was established. This act gave Heaton’s humble family a lot of media attention and established them as royals at the same time. The family realized that with a new country came the opportunity to make it something extraordinary. They decided to dedicate the nation to research and the development of solutions for the current global food shortages. Their aim is to create the world’s largest research center to fight global hunger. The family launched a crowdfunding project to fund their nations existence and agricultural ambition. In return for your contribution you can have a street in The Kingdom of North Sudan named after you, or receive knighthood. By keeping his word to his daughter, Heaton has created the first nation founded on crowdfunding ever.

It is interesting to see how far crowdfunding of political issues can be taken. When even nations are on the menu to donate to, the possibilities are endless. Even though one of the mentioned crowdfunding campaigns did not reach its goal, another was a joke and the last turned out to be more of an agricultural project, there is great potential in crowdfunding for states in the international realm.