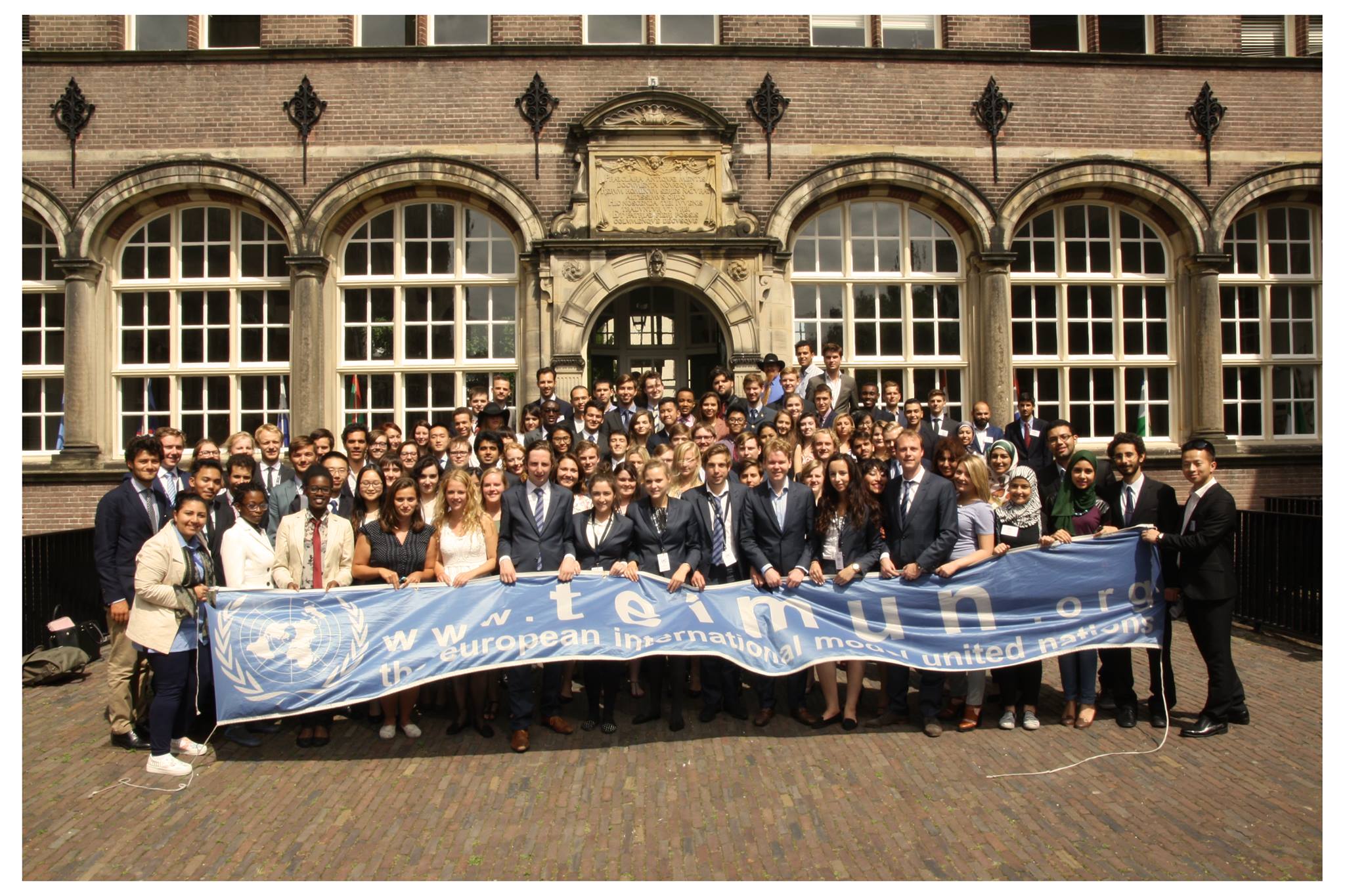 From 13th to 19th July 2015, university students from around the world gathered in The Hague for the annual conference of The European International Model United Nations. Now in its 28th year, TEIMUN is the oldest model United Nations in mainland Europe and serves as an inclusive forum within which the diplomats and leaders of the future can exchange ideas and discuss solutions to pressing global problems. This year’s conference was entitled The Challenge of Change: Exploring New Security Landscapes, and focused primarily on the twin issues of conflict resolution and the promotion of stability in the context of a volatile global environment.

The opening ceremony was held at the World Hotel Bel Air in the heart of The Hague’s international district. Before the ceremony commenced, students had the opportunity to meet with diplomats from some 20 countries who were in attendance on behalf of their respective embassies. The ceremony itself was then opened by representatives of the TEIMUN Board of Directors, each of whom had dedicated a year to the foundation in order to ensure the 2015 conference lived up to the high standard set in previous years. The Board also extended their thanks to TEIMUN’s sponsors, including NATO, the Netherlands Ministry of Foreign Affairs, and the Municipality of The Hague, whose support enabled the conference to take place. 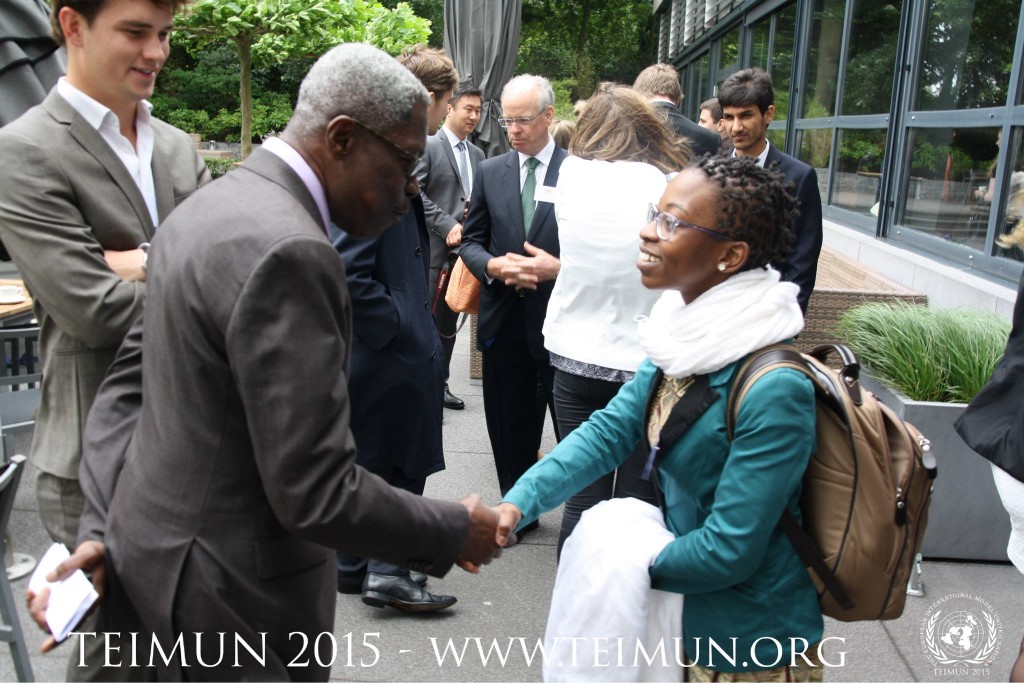 The first guest speaker was Mr Willem Post, International Advisor to the Mayor of The Hague and prolific international affairs analyst, who offered delegates an expert introduction to the International City of Peace and Justice. He was followed by Mr Herman Schaper, former Permanent Representative of the Netherlands to the UN, who spoke eloquently on the evolving security challenges facing the organisation and how the Security Council in particular might best go about confronting them. 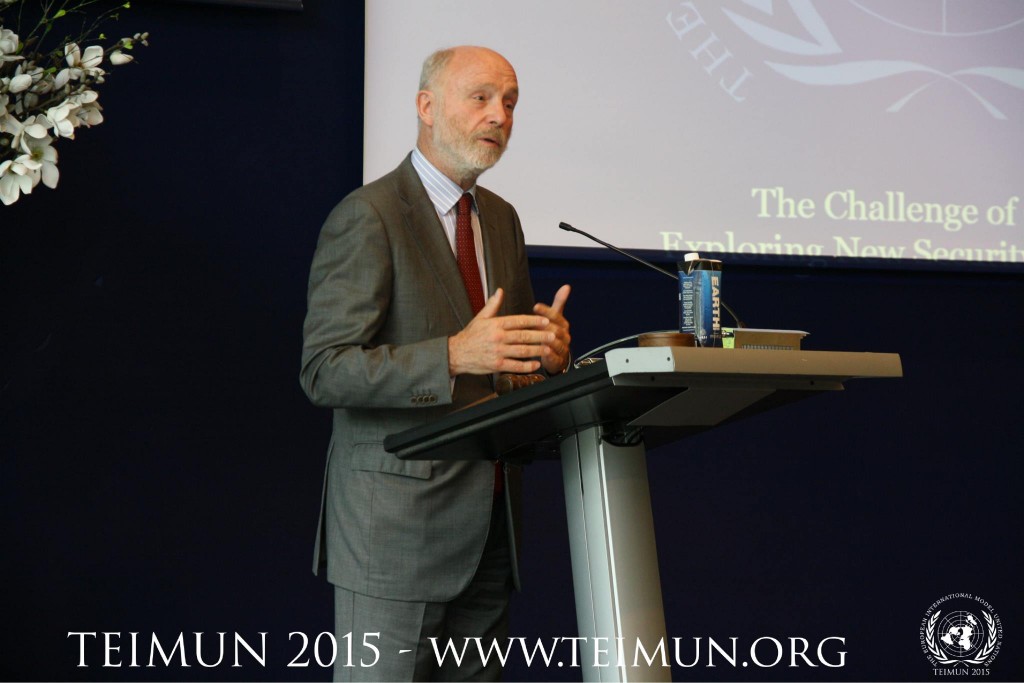 Mr Jamie Shea, Deputy Assistant Secretary General for Emerging Security Challenges at NATO, then gave an engaging speech on the role the latter can play in promoting international peace and stability. Mr Erik Akerboom, Secretary-General at the Netherlands Ministry of Defence, rounded off the plenary with his thoughts on the principal security issues facing the world today, and joined the other speakers in expressing his compliments to TEIMUN and his hope that such initiatives will make a positive contribution to the cause of security and stability worldwide. (Click here for a summary of Mr Akerboom’s speech from the Netherlands Ministry of Defence). 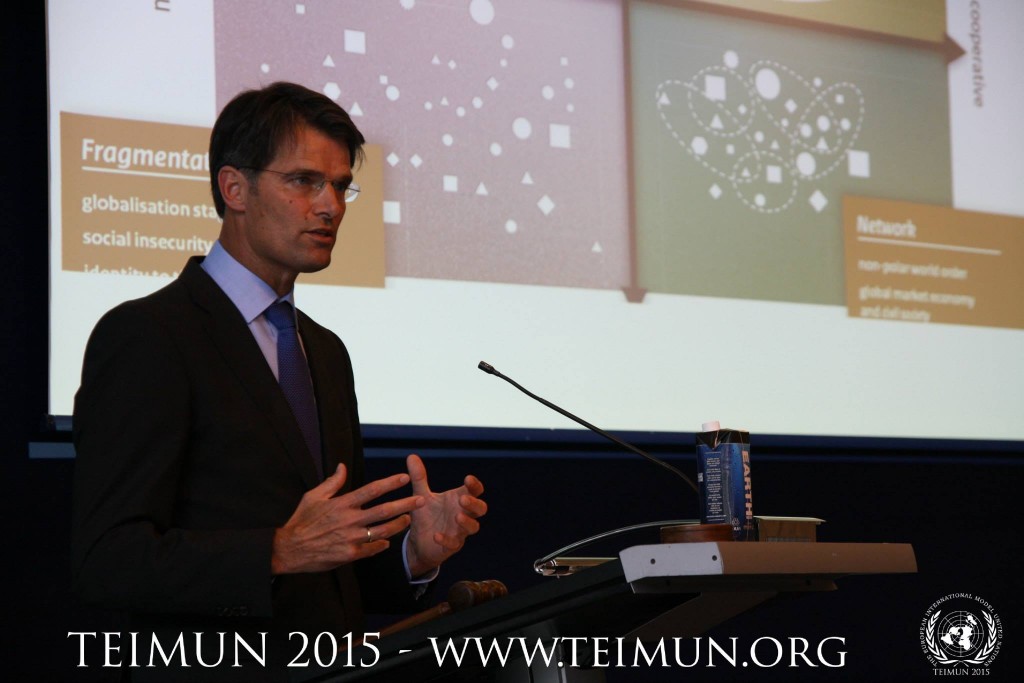 The following morning, delegates congregated at the magnificent Haganum to begin six days of intense negotiations in the councils to which they had been assigned. These included the North Atlantic Council, United Nations Security Council, and General Assembly alongside other UN bodies. In order to enhance the negotiating experience, each individual was tasked with representing a country other than his or her own.

The discussions were civil but passionate, and conducted to an exceptionally high standard. Each delegate defended their assigned nation’s interests and negotiating brief commendably, whilst remaining keenly aware of the ultimate necessity of compromise. Inspiration was at hand in the form of encouraging letters to TEIMUN participants from high-profile world leaders. UN Secretary-General Ban Ki-moon recalled the enduring value of the UN mission to promote peace and sustainable development, while US President Barack Obama, Foreign Minister of Russia Sergey Lavrov, and Foreign Minister of the Netherlands Bert Koenders also lent their written support to the conference and its delegates. The distinguished backing of these senior international political figures added purpose and resolve to the council debates, motivating participants to redouble their efforts to reach common ground and pass mutually acceptable communiqués. Every council successfully did so by the end of the week. 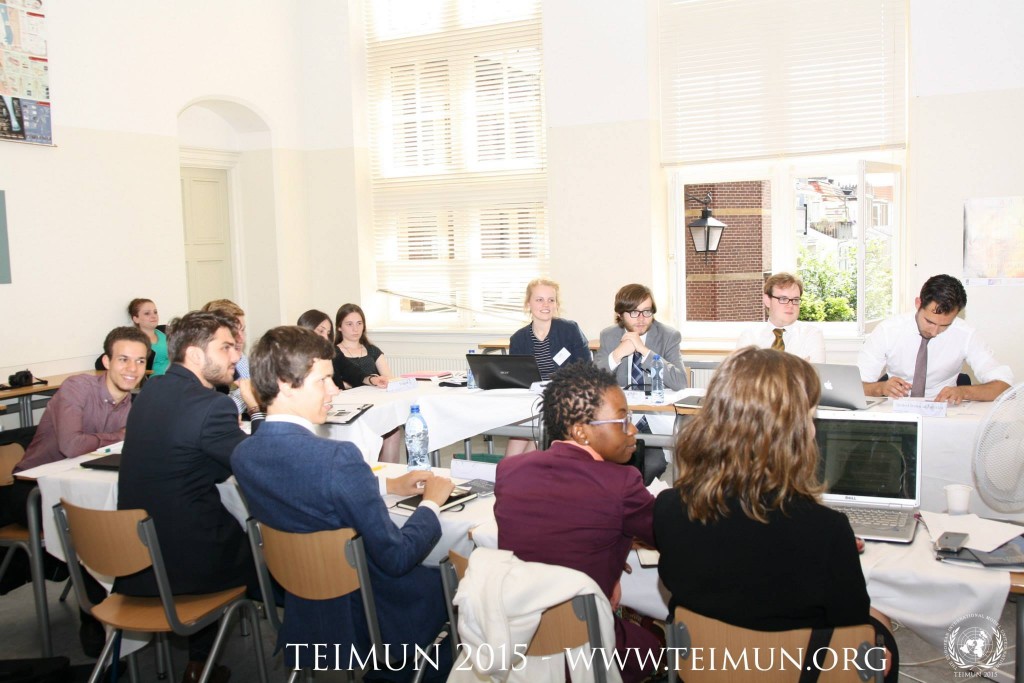 Effective diplomacy extends far beyond the negotiating table, of course, and this year’s conference was no exception. Many strong friendships were developed in the relaxed and informal context of the social events which took place throughout the week. Nowhere was this more evident than at the Global Village – an evening of cultural diplomacy in which participants from around the world proudly shared with their peers the unique national characteristics of their respective countries. This vibrant cultural cocktail exemplified the principles of diversity, respect, and mutual understanding that TEIMUN strives to promote. 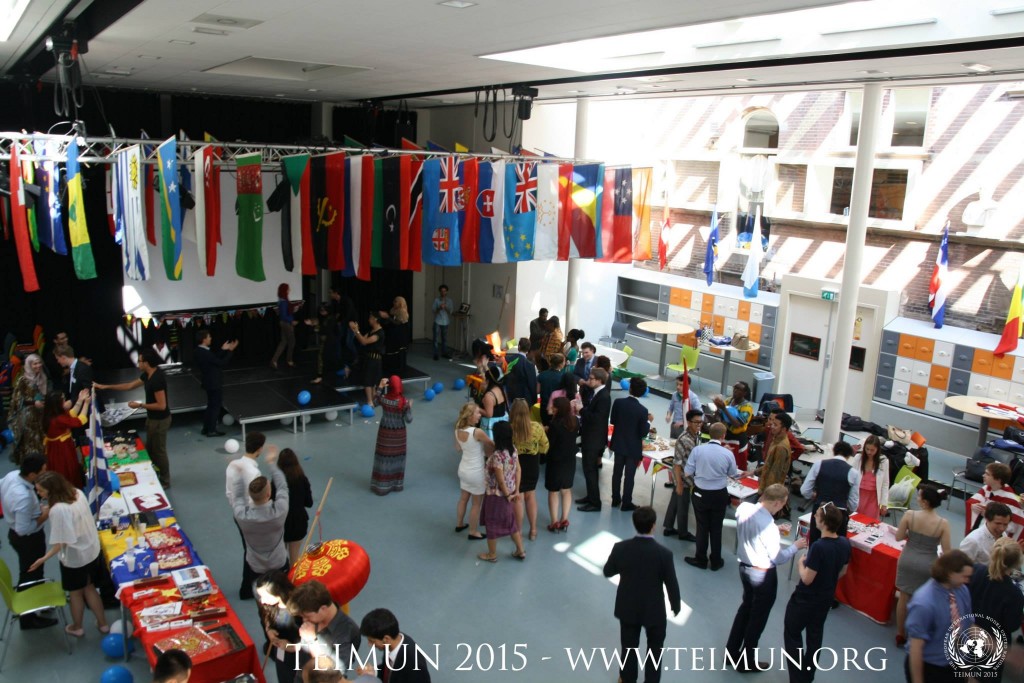 Excursions to some of The Hague’s major international organisations were another highlight of the conference. Foremost among these was a visit to the International Criminal Tribunal for the former Yugoslavia, a powerful and highly educative experience for the many attendees who were privileged to see international law in action at the trial of Ratko Mladić. Visits to Humanity House museum and the Organisation for the Prohibition of Chemical Weapons further enhanced delegates’ understanding of the position the city occupies at the forefront of international peace and justice.

All told, the TEIMUN 2015 conference fulfilled its purpose with great aplomb. It served once again as a platform for debate on some of the world’s most salient issues; successfully brought together ambitious students from dozens of countries and cultures; and strengthened the cause of diplomacy and multilateralism as the most viable means of working towards peace and stability worldwide.