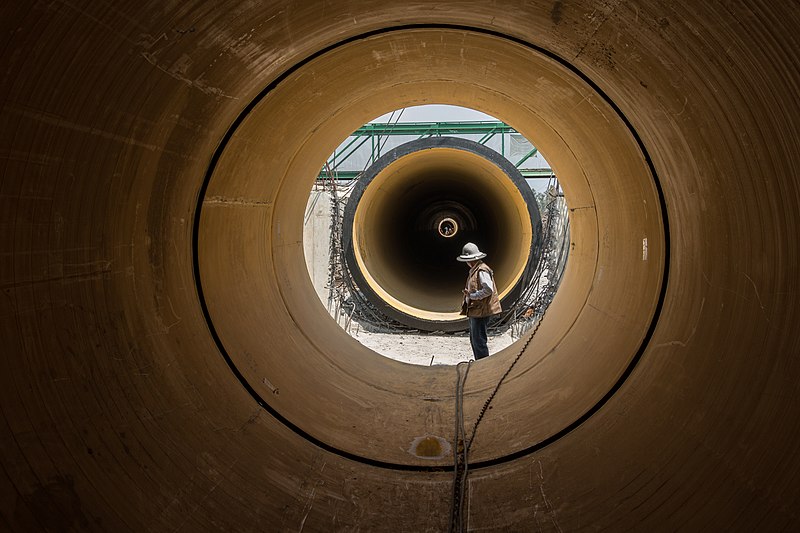 Energy is considered to be one of the most significant forces contributing to world’s economic progress and as consumption of Gazprom produced natural gas represents 34% of the EU’s consumption of all energy products, Russia has indisputable relative, natural and technological, advantages that could place it in a leading position. Coincidentally, however, the disposition of modern Russia’s administration is inherent to a benevolent refusal to allow the change in foreign-policy orientation of the countries of the former-Soviet Union; especially, if the observed shift is related to economic peculiarities.

In point of fact, the advantageous stance of Russia’s economic influence often results in energetic supplies being halted to its neighboring countries, such as Ukraine. The geographical proximity to Russia and 63% of imported natural gas from Gazprom in year 2012 indicate the energetic relations between Russia and Ukraine as being crucial to the latter’s economic survival; Moreover, Ukraine is a transit country – approximately 3.0 trillion cubic feet (Tcf) of natural gas flows to 13 countries through Russia’s largest – Bratstvo – pipeline. These facts confirm Ukraine’s dependency on Russia’s natural gas resources and necessitate further inquiries.

The relations between Ukraine and Russia have been precarious since the collapse of the Soviet Union in 1991, which Ukraine was a part of. Issues of not only economic, but also political nature had to be solved. In the 1990s, the country was importing approximately 49% of gas from Russia, whereas 16,5% was produced domestically and the rest was obtained from Turkmenistan, namely 18%, and from other minor sources. However, with Gazprom managing the Turkmen gas imports, the economic leverage of Russia over Ukraine was more than evident. Most notably, the repeated inability of the Ukrainian government to pay for the gas imports accumulated its debt and put it in an uncomfortable position vis-à-vis Russia.

President Putin expressed that he considers a disintegration of the USSR a “geopolitical catastrophe” and this attitude reasoned Russia´s stance towards Ukraine ever since.

Accordingly, in 1996 Russia was gradually – and unsuccessfully – increasing excise duties on energy products for Ukraine so that the country would join the Russian-Belorussian-Kazakh customs union. As the debts continuously increased, Russia suggested alternative means for Ukraine to repay them. Via the so called “debt-for-share” swaps Russia promised to forgive a part of the debts in exchange for shares in Ukrainian companies, which consequently granted the Federation a significant political influence in the country. Since favourable political relations are needed to maintain advantageous economic affiliations, Ukraine had to acknowledge the abundance of Russian-owned companies and their policies, related to the transposition of gas to the rest of Europe. In such manner the economic disputes and challenges to the Russia-Ukraine relationship seemed to calm down.

Nonetheless, developments on the Ukrainian political scene in 2004, namely the presidential elections, impacted the course of further Russian economic policies towards Ukraine. President Putin expressed that he considers a disintegration of the USSR a “geopolitical catastrophe” and this attitude reasoned Russia´s stance towards Ukraine ever since. Prior to the elections, a candidate supported by the Federation, Viktor Yanukovich, intended to secure his electoral success by appealing to the Russian speaking citizens of Ukraine by promising them the following: to establish Russian as a second official language and provide them with the dual Russian-Ukrainian citizenship. Using various means, such as propaganda, Russia supported Yanukovich and his non-Western campaign. Illegal material discredited the other candidate, namely a US supported Viktor Yushchenko, until the Russian authorities have come to realize that they will lose the elections. As a result, Russia demanded Ukraine to begin paying the “world prices” ($160-230/mcm) for the gas, which were higher than before ($50-80/mcm). Ukraine refused and as a consequence the gas supplies were cut off on the 1st January 2006.

The continuum of the threats posed to the Russian political power lasted through the years of 2008-2009 accordingly. The advanced developments at the Ukrainian political scene signaled a possibility of a shift in regional actualities, hence, a new threat to Russia’s importance in Eastern Europe materialized. During the presidency of Viktor Yushchenko (2005-2010), who from the beginning of his term expressed affinity towards Western policies, Ukraine engaged in NATO talks. The country applied to join the NATO Membership Action Plan (MAP), which could have constituted the first step towards Western integration. The MAP entailed “a programme of advice, assistance and practical support tailored to the individual needs of countries wishing to join the Alliance”. The plan did not imply an actual Ukraine’s accession to NATO, notwithstanding, it was considered of great importance and necessitated further negotiations.

“NATO membership would force Russia to treat Ukraine as an enemy”.

In 2008 in Bucharest, the NATO Summit occurred where Ukraine´s participation in the MAP was reviewed; the outcome of the summit negated the possibility of Ukraine’s accession, since the country was not offered a place in the NATO programme, largely due to the opposition by the United Kingdom, Germany and France. However, disregarding the above-mentioned outcome of the negotiations, the Russian authorities declared the talks as threatening to their political influence in the regions of Eastern Europe. Since the years of the Cold War, Russia viewed the politics of NATO as expansionist, predominantly influenced by the US, which in turn aimed at exploiting Western values to gain influence over the rest of the world. According to the Federation, the US wanted to “freeze the order established after the Soviet collapse and remain an absolute leader”. And as the president Vladimir Putin stated, “NATO membership would force Russia to treat Ukraine as an enemy”.

Thus resembling the crisis of 2006, the Kremlin announced an increase in prices paid for the deliveries of Russian gas to Ukraine. As the Ukrainian authorities refused to comply, the transit country was accused of stealing the gas that was intended for the rest of the Europe, and thus the energy supply was halted.

When assessing foreign and economic policies, one inevitably encounters conversions and shifts, often without recognizing the reasoning behind them. The state might legitimize the use of force in order to protect itself from a possible coup or it might as well halt energy supplies with the intention to maintain its influence in a certain region. By halting the energy supply in years of 2006 and 2009 Russia proved to do exactly that. And as the struggle between these two states continues, malicious means to reverse Ukraine’s integration alters from economic to aggressive in nature.

Gazprom holds the largest natural gas reserves in the world, respectively constituting it the greatest supplier of gas to other European countries, transported mostly via Ukraine. Owning the world´s most complex gas transmission network, the company is granted the privilege of an influence in the energetic sector, interconnecting Russia with thirteen other geographically distant European states. Gazprom is by more than 50% owned by the Russian government, which implies that economic policies towards the rest of the gas receivers, Ukraine included, are decided in concordance with one another. Moreover, the company is bound by the federal law to continuously supply gas for domestic consumption for both households and industry. The interconnectedness of Gazprom with the Russian government is further demarcated by the fact that the former president Medvedev in the years of 2000-2008 used to be the chair of Gazprom´s board of directors.