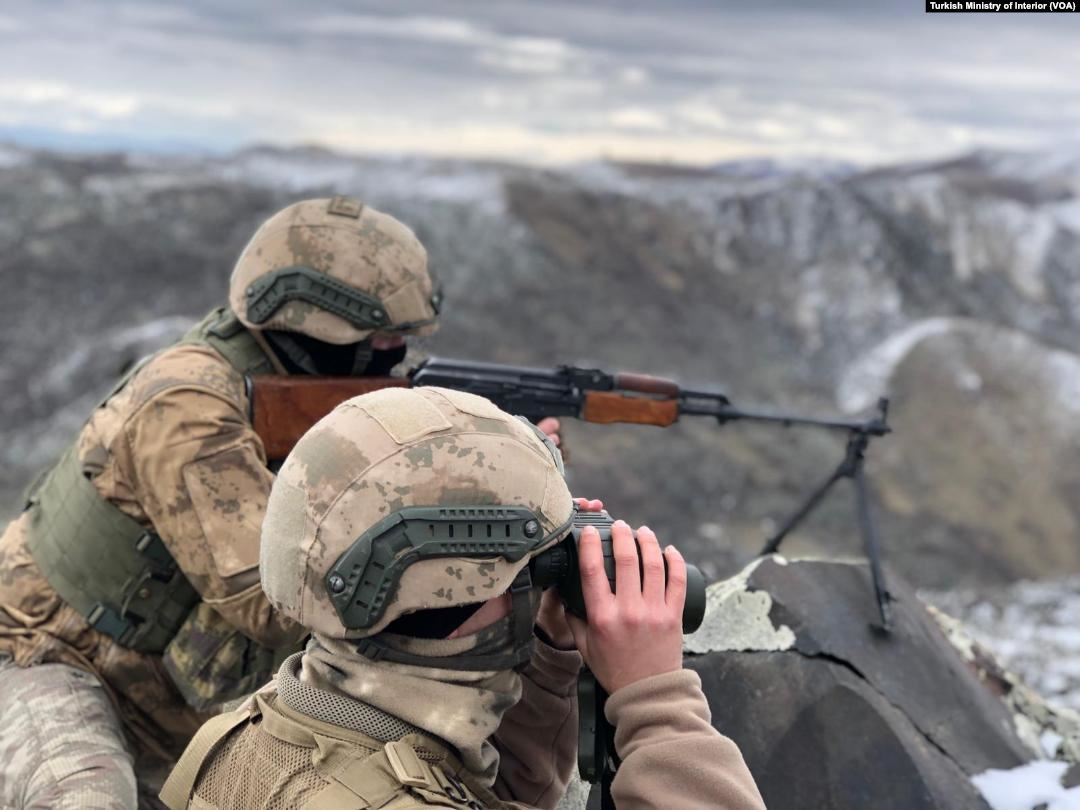 What is going on in Turkey? I mean, what is actually going on? Our newspapers have been filled with stories of specific events: fragmented but somehow related. Yet, a holistic view of the situation in Turkey is somewhat lacking. This article seeks to create a holistic view, which may not be complete, or perfect, but will allow the readers to understand the horrors, hypocrisy and fear-mongering occurring within Turkey.

Turkey, at this very moment, are waging a war against “terrorism” on two fronts: against the Islamic State and the Kurdish movement. Fighting two enemies at the same time seems illogical as, in the words of Aaron Stein, “it divides Turkey’s forces and deprives it of a potential ally”. However, when you consider the political goals of Turkey’s current caretaker government, the Justice and Development Party (AKP), who want to regain their electoral credibility within Turkey, the situation in Turkey is framed in a different light. After the election in June, there was no clear parliamentary majority (AKP was 18 seats short), which led to a series of coalition talks between the largest political parties. These coalition talks soon broke down as many politicians insisted that the AKP would rather go to an early election in November than enter into a coalition with other parties. Thus, the AKP is the current caretaker party in parliament, who has lost their electoral popularity and needs a dramatic change of the political landscape in order to regain their political hegemony.

The dramatic change of the political landscape that the AKP requires cannot be achieved through debate and discussion: it requires predatory tactics and the galvanisation of military clout.

The first victims of the AKP’s predatory tactics within the political sphere are the People’s Democratic Party (HDP) who are a coalition of left-wing, pro-Kurdish parties who achieved a staggering 80 seats in June, thus preventing the AKP from gaining a majority vote. The HDP are the political manifestation of a more progressive, left-learning, pro-Kurdish, ecological and pro-LGBT form of Turkish politics which is perceived as a threat to the more conservative, Islamic parties within parliament. The electoral success of the HDP was short-lived as legal investigations were soon launched against the party leaders by the legal branch of the Turkish state for “disturbing public order” and the “incitement of violence”. These legal proceedings are a sign that the AKP want to prevent the HDP repeating their electoral success in the November election. The right-wing media has got behind this process and has dubbed the HDP as the “Turkish Syriza”, who promote the Kurdish movement, and are a threat to Turkish traditions and national security. The HDP’s party-leaders now face the prospect of a 20 year prison sentence, and the AKP has created a political environment of tension and hostility towards new, progressive ideas within Turkey. Ultimately, the AKP’s attack on the progressive-left in Turkey (who Erdogan dubbed “scum” in 2013) will aid them in regaining those votes that they lost to the far-right Nationalist Movement Party (MHP) and the centre-right Republican People’s Party (CHP).

Within the social sphere of Turkish society, the government is using the military to wage a double war against terrorism. Terrorism, in this sense, encompasses the Islamic State and the Kurdish movement represented via the PKK. However, the majority of violence appears to be directed towards the Kurdish movement, as according to Cemaltettin Hasimi, the head of media relations for the AKP, “the PKK attacks Turkish troops and civilians every day”. The threat of the PKK is more ‘apparent’, and thus requires more military resources and a greater degree of violence. The extent of the violence directed at the PKK and the wider Kurdish movement is horrifying. I recently spoke to Phil Mertsching, an IRIO student currently in Ankara on his semester abroad, who is volunteering at a human rights watch. He told me of the city of Cizre which, according to the Turkish military and government, is a hot-bed for Kurdish activism. For 8 days the city was surrounded by military and a curfew was introduced. This curfew meant that civilians were being shot when they were trying to retrieve food for their families, and nurses were being shot when they were trying to deliver penicillin to those who suffer from diabetes. The families of those who were killed at the hands of the Turkish military could not bury their loved ones, so were forced to keep their bodies in refrigerators until the opportunity for a proper burial presented itself.

The degree of inhumanity and cruelty cannot be made palpable through our media.

Political activists believe that Turkey’s reluctance to direct more violence towards the Islamic State is a conscious effort to win over the far-right voters who are sympathetic towards the jihadists of the Islamic State. Also, if the AKP can demonise the Kurds further they can expect to gain the votes of the supporters of the pro-Kurdish parties, such as the HDP. The degree of violence directed at the Kurdish movement is reflected in the fact that the upcoming election in November is fast approaching, and the AKP need to win over those disillusioned voters quickly in order to regain political hegemony.

The EU has called for a reimplementation of the peace process between the Turkish government and PKK, but the EU is reluctant to push too hard as they need their regional allies to keep pursuing the Islamic State. A similar pattern of behaviour is displayed by the United States of America, who need airfields in Turkey to continue their military exercises against the Islamic State, and thus are reluctant to criticise the violence against the Kurds. Within the Middle East the states which also have Kurdish populations are using the unrest and violence in Turkey as an opportunity  to damped Kurdish movements within their own national borders.

Through our capacity of reason, you would think (maybe even hope) that the AKP’s tactics to create utter chaos and destruction domestically would not result in electoral achievements. Yet, Emre Deliveli’s analysis of AKP’s electoral victories in the past shows us that the party actually benefits from a widespread fear of disorder, as the population see the conservative and traditional rhetoric of the AKP as a comforting oasis within an ocean of dismay. The current situation in Turkey reminds all of us of that the days of systemic political violence in the name of short-term political goals are far from over. If the AKP continues on its crusade of violence the very social foundations of Turkey will begin to crumble under the weight of hatred, violence and chaos.