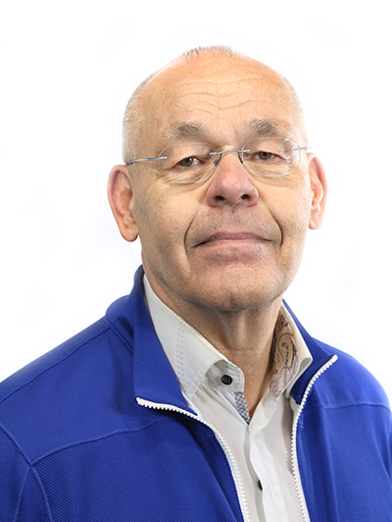 A few days ago my esteemed colleague Rosa published the first part of the interview we conducted with Dr. Bob Reinalda, a considered expert in the field of international organizations. He has published articles in several journals such as Chronique ONU, the magazine of the UN, and is one of the editors of IO BIO, an bibliographical dictionary of Secretary Generals and other executive heads of International Organizations. In the second part of the interview we discussed the role of these Secretaries and heard his estimation of the current challenges for the European Union.

Mr. Reinalda, an often presented criticism towards theoretical research in general is its relation to practice. Do you think that theory has influence on practice?

In general I believe social sciences and political sciences are a matter of elite academics who are sometimes very far away from what is happening in practice. They do precise research, very rationally and very explicitly, and then draw conclusions about a tiny aspect. You may wonder, whether that says something about the larger relationships of global politics. One might conclude, it is far away from practice and it is difficult to find International Relations scholars, who do have relations with practice. What happens is, that many scholars write to each other via scientific journals.

…but isn’t that highly problematic?

Yes, I guess so! And I hardly know how to solve it. A few researchers help in a department of an IO but you cannot expect that they influence what is going on at the higher levels. I think you have to be modest, knowing that scientific journals are often too abstract, too far away. You have to create meetings and conferences in order to bring researchers and practitioners together. There are only few scholars (John Gerard Ruggie for example in the UN) who may be influential in debates within international organizations. Sometimes this happens because they worked there before such as Robert Cox who worked at the International Labour Organization and was able to influence not only the academic circles but also to some extent the whole community.

So, a successful academic career does not mean that you will have good chances for a job in an IO?

Oh yes, if you have a good dissertation and you want to work it is quite possible to work in IOs – this already starts with internships. I have had quite a few students who got an internship in IOs and often I really envied them because of all the information they had available through being present in the organization. I advised them to use the copy machine or memory sticks to get the information they find over there and use it for writing their thesis. Furthermore, and this is very interesting, many of my students had their first jobs in IOs thanks to these internships. If they behaved well, there was a better chance. It makes sense to get an internship and it was surprising to me how relatively easy it is to get into an IO for three months or longer. Unfortunately there is the problem that the time available at university is limited.

That is good to hear! Mr. Reinalda, you are one of the editors of the biographical dictionary IO BIO. Regarding the role of Secretaries-General of International Organizations, do they have major influence in their organization or are they rather bounded by the structure and the interests of the member states?

First of all, I can tell you that recently we had our fifties entry published on our website (http://www.ru.nl/fm/iobio), which shows good progress. But indeed it is very interesting to focus on Secretaries-General or executive heads of IOs and what I am interest in is “Where can you see that they take initiatives, how can they influence an organization?” Right now I am writing an article about the creation of refugee organizations and it started with Fridtjof Nansen in the League of Nations. The Red Cross appealed to the League’s Council but it did not really do something. It was the Secretariat, who initiated an activity, based on an article of the Covenant, which was about something else and resulted in the appointment of Fridtjof Nansen, the Norwegian delegate, to set up the work.  So, although the issue had not much support by the League of Nations the High Commissioner of Refugees was established. Later, the “Nansen passport” was set up, as well as a monitoring practice by international organizations. These kinds of inventions are crucial and were initiated by executive Secretaries. Coming back to the IO BIO project, there are different groups of Secretaries-General – some of them are the first ones who set up a new IO, others are leading an established organization and a third group are those who are hired to reform an organization. You can see there are different types, with different expectations and missions. That makes it interesting and that is what we found out through the entries. In general, Secretaries make a difference – not all of them, but certain personalities do. Under certain conditions they take initiatives, which were not expected and you can see that the organization matters in finding ways to solve an existing problem. Another example is Van Heuven Goedhart, who, when he became the UN High Commissioner for Refugees, did not have any resources and had to organize them himself. He went to the Ford Foundation and they limited their funding to research so Goedhard made sure that the research was undertaken which he needed for designing his actions. By the way, this is a good example to show where scientists matter for practice. When he had his research findings, he was ready to get active, was and during the Berlin Crisis he used this window of opportunity to act using the expertise available.

Since you are already mentioning it and because we are right in the middle of what some people call the “refugee crisis” we would also want to know your ideas about it. We have seen the open confrontations among member states and we have seen the suspension of the Schengen agreement, which is something many did not expect to happen in our times. If we think further, could you imagine that this union breaks down due to the ongoing conflicts and struggles and we experience a renationalization of this region?

Well, it is good to take into consideration that the UNHCR for example was never sure about its own future. The battle of survival was on the agenda for a long time. And that is true for many IOs and I would argue this is also true for the European Union. The structure itself is rather stable, but we have to find solutions and these solutions have to be made clear to the population, which is what we are missing at the moment. An explanation of “why do we have an arrangement for asylum seekers?”. It did not exist in the 19th century, and it was only a weak instrument of the League of Nations during the interwar period. However, in 1951 we had the UN Refugee Convention and now, suddenly we in the EU have to conform to it, we have to use it, but authorities are hardly explaining why we should do this. To get public support for why we have such an arrangement is most important.

Secondly, we have to see, that we need a ‘European’ solution because we cannot do it only in Germany or the Netherlands. We have to continue to pool the efforts and this depends on Juncker, and Timmermans as his right hand: they are responsible for the vision to make this work at the European Level and the heads of state at the national level.  As far as I can see, Schengen is still there. There are problems and challenges but they are also opportunities. If one tries to find a common solution and one succeeds – which is not obvious – but if, then the Union will be stronger. So, there is a positive aspect in there but we need politicians to express that!

This sounds like a hopeful concluding remark and we thank Bob Reinalda for this vivid and intense talk. We hope you readers enjoyed reading the two part of this interview and hopefully you stop by at our website soon!