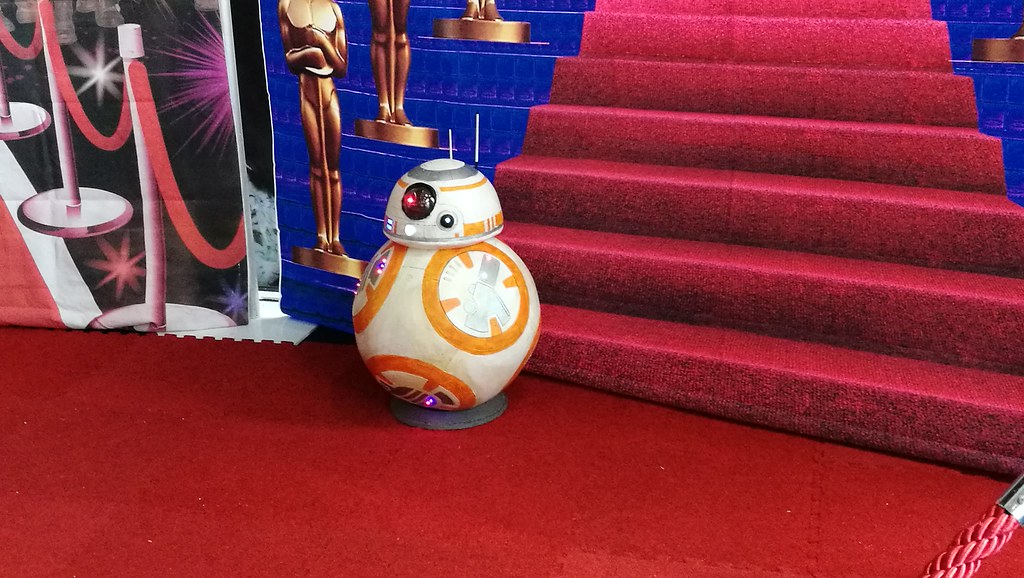 The Star Wars series encouraged the public’s increasing desire to have a robot in the house. Imagine this: a small, round object that moves in your living room, answers your commands and satisfies your dream of having a personal droid. Star Wars Droid is real, and you can easily purchase it from every part of the world. In the Schiphol Airport, you can find it in the gift stores. It is amazing how technology has reached such an astonishing high level, that it began to create Star Wars features.

The BB-8 droid is a tennis ball-size droid, which, ever since the trailer of the seventh Star Wars episode, became the unofficial droid mascot of Star Wars: “The Force Awakens”. The toy producer, Sphero, impressed Walt Disney Company and ended up with a grand business, producing the official Star Wars toy. Last summer, Sphero was invited to participate in a Disney accelerator program. According to the Fortune newspaper, as soon as Bob Iger, Disney’s chief executive, met the Sphero executives, he was already “armed with BB-8 sketches and asked them to help bring the character to life”. Disney Co. already knew the potential Sphero had in order to revolutionize the droid domain ever since Sphero invented Ollie, the app-controlled robot which is part race car, part tank, part robot. In an interview, Paul Berberian, one of Sphero executives, stated: “When we joined the (Disney) program our team was busy launching Ollie, so I took myself and the two founders to California for four months, which was a real commitment. And the very first meeting was with Bob Iger. He pulls out his iPhone and starts swiping through the dailies from the set of The Force Awakens. And he points to something and says, “See that? That’s the successor to R2-D2 and C-3PO.”

The adorable 10 cm robot seen in trailers is designed as a rolling ball with a floating head, which played right into the hands of Sphero, who already had invented Ollie, a rolling robot. BB-8 is not a utility, as he is not there to clean or surveil your house. BB-8 is presented as being a have fun robot to hang around with. Using a downloaded app on your phone, you control the droid. You can record and replay Star Wars scene, coordinate his movements and communicate with him.

The droid symbolizes also the expectancy of people for future technology revolutions. People are already familiar with the idea of robots being built for entertainment purposes rather than utility-providers. This ultimate Star Wars droid serves the purpose of human beings getting used with having robot companions.