The Man Who Turned Fiction Into Reality? 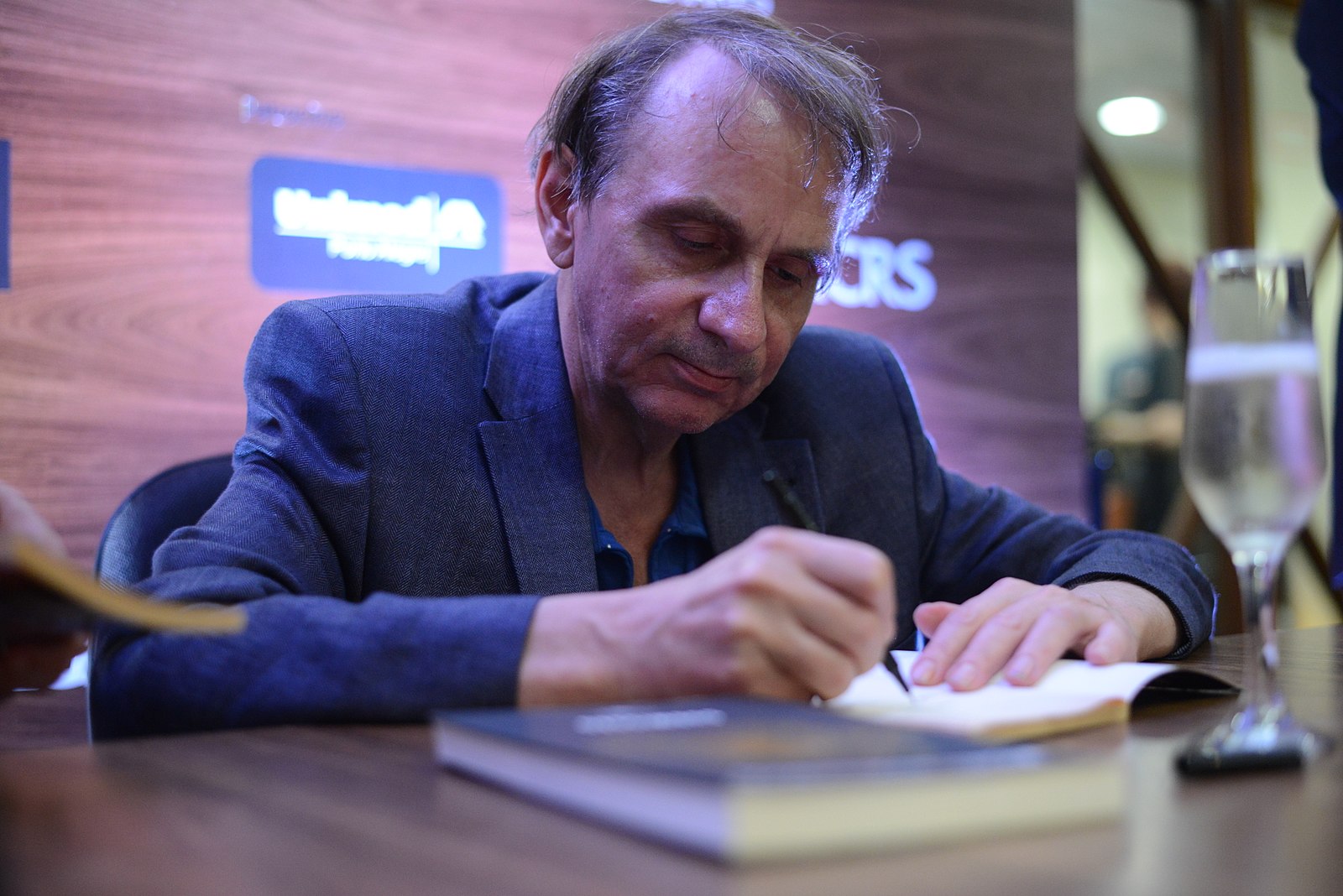 -An article on Michel Houellebecq’s Soumission and a changing France-

Paris, the night of the 6th of January 2015. Michel Houellebecq, enfant-terrible of the French literary world, is sitting in his hotel room in expectation of something big to happen. In the past months Houellebecq has locked himself up in his house on the Réunion Islands in order to work  on his latest novel:  Soumission, telling the story of a future Islamised France. The book will be presented  to the public in the following day. However, on that particular night in a wintery Paris, where the trees have lost all of their leaves, the lights have been dimmed out, and where Houellebecq has already lost the count of the glasses of whisky that he has consumed, nothing anticipates what the following day will bring. A storm is coming to Paris, and Houellebecq’s fiction is on the point of becoming bitter reality.

“There’s a real disdain in this country for all the authorities… You can feel that this can’t continue. Something has to change. I don’t know what, but something”, Houellebecq is not hesitating to stress his opinion on a changing France that he is part of in the morning edition of France Inter, the country’s most popular news radio station. On the 7th of January, Houellebecq is ‘booming’, his controversial novel Soumission triggers all sorts of emotions from the public. Charlie Hebdo’s  newest edition features a caricature of Houellebecq on the cover, whereas critics describe the author’s latest effort as a masterpiece while at the same being pure provocation. Within a few hours however, the world’s attention will be drawn to France, not by Houellebecq’s novel, but by the ideas and sentiments it represents. In the afternoon 2 terrorists attack the office of the previously mentioned Charlie Hebdo magazine. The massacre that occurred on the 7th of January 2015, was the first of a storm that has not yet slackened: a beheading in Lyon, the terror attacks in Paris on the 13th of December and most recently, the stabbing of a Jewish teacher in the city of Marseille. Michel Houellebecq’s “something has to change” had become reality, but this was not the only thing out of Houellebecq’s mind that materialized in one of France’s darkest years of its existence.

Soumission follows the life of Francois, a literature professor at the prestigious Sorbonne de Paris university. Francois, a specialist of Huysmans, is losing significance in a quickly changing world. He hasn’t written any decent research since years and spends most of his time outside the university with his young students, embroiled in numerous liaisons. France has changed, a polarised society is clearer visible than ever before. Innocent people are being killed, highways are completely abandoned, Parisians flee to the country sight and France seems to be on the brink of a civil war.  In order to prevent Marine le Pen from gaining the elections with her Front National party, the socialists associate themselves in a desperate attempt, with the Muslim Brotherhood party of Mohammed Ben Abbes, with further reaching consequences than anyone could ever have guessed.

Houellebecq’s book is describing a France looking for something it cannot find, a solution. For years, France has struggled to find an answer to the segregation problems, the banlieus and ultimately, to extremism.  The first part of the book is particularly interesting as a polarized society is not that fictional. The second part of the book, brings France a step further to an ultimate Muslim reign, and could be experienced as an over-simplified display of reality. Therefore the reactions on Houllebecq’s book have been very diverse. Marine le Pen described the book as “fiction that could one day become reality”, whereas Adam Satz of the New York Times said that “Soumission is the work of a nihilist, not a hater – the jeu d’esprit of a man without convictions”

Whether Houellebecq might be a racist or a genius, he does something important: he provokes and creates space for a public debate that is not only about his book, but also about French society in general. Therefore, this book is worth it to be read. It is highly unlikely that  Houellebcq’s fiction from begin to end  is going to become reality. Unfortunately, thus far he has already guessed much too many things right.

-Michel Houellebecq’s  Soumission is available through Flammarion publishers and is available in all good bookstores. For RUG students, the book is also to be found in the library and/or via Smartcat-