Widening or Closing the Window of Opportunity?.. 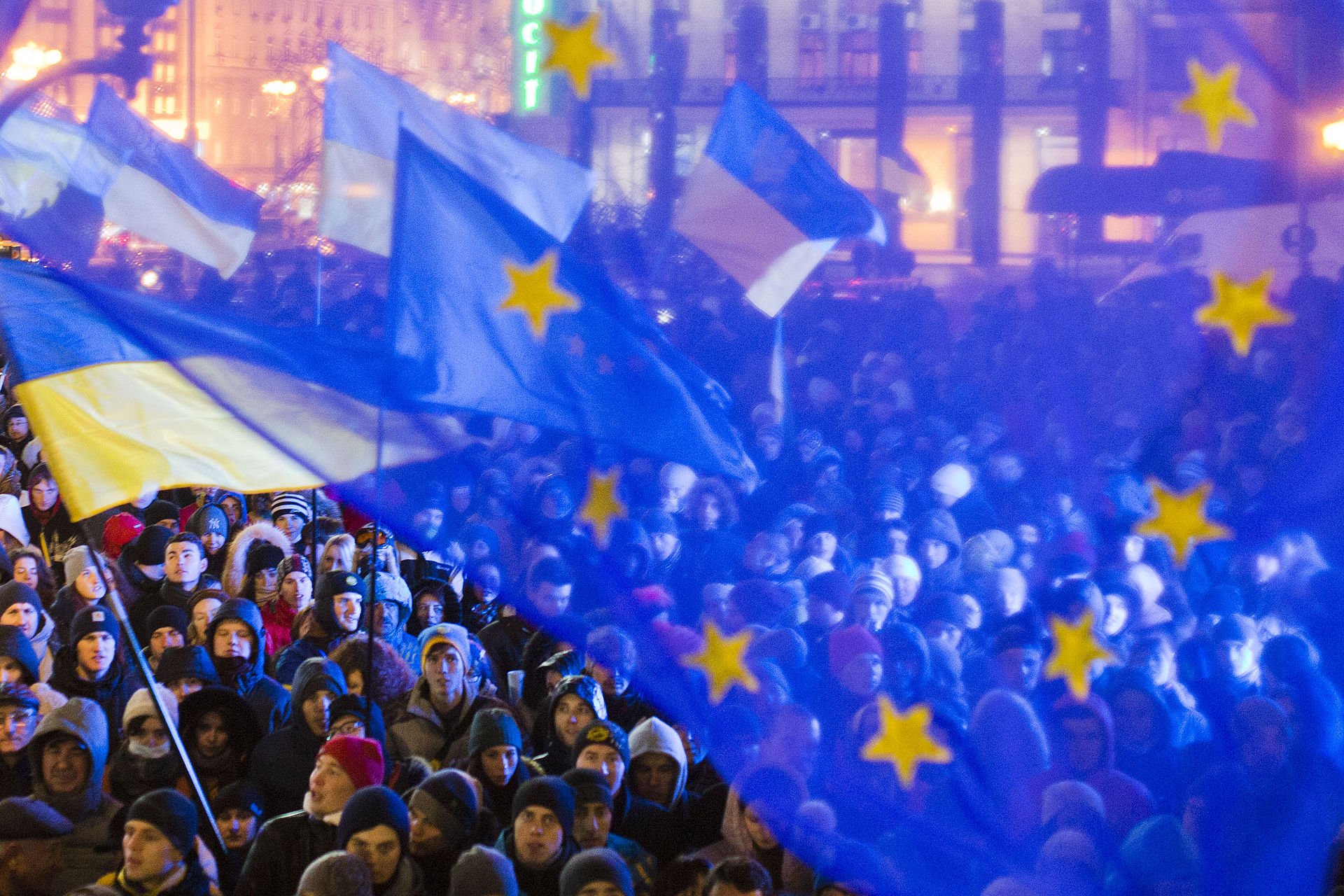 EU-Ukraine Association Agreement – What It Brings to Europeans, Dutch, and Ukrainians

The referendum on the approval of the Association Agreement between the European Union and Ukraine will be held in the Netherlands on 6th of April 2016. Despite its mere advisory nature, the discussions surrounding the relevance of the Agreement seem to pose complex implications on the European Union (EU) and Dutch foreign policy perspectives.

The Eurosceptics view the current public debate as revolving not around Ukraine, but around the EU as a whole. The Association Agreement is seen as a tool to affirm the Dutch stance towards the Union, neglecting the true value of the possible cooperation with the Ukrainian authorities. In fact, the importance of the Agreement prevails concealed as the issue of EU’s democratic deficit emerges.

With the intention to clarify the evident misconceptions surrounding the EU-Ukraine Association Agreement, The Hague Institute for Global Justice arranged a speakers’ panel to actively address the issues at hand and discuss the effects of Ukraine’s integration in to the EU. Among the speakers were the Ukraine’s Ambassador to the Netherlands, Olexander Horin, and the Lithuania’s Ambassador to the Netherlands, Jonas Semaška.

‘Ukraine has a full potential of becoming a security factor for the EU and the member states have to put little effort to unveil this truth’ – argued Horin. ‘Ukrainians aspire contributing to the creation of a modern Europe, offering stability on the Eastern European border, and collaborating on matters, such as migration, human trafficking, and organized crime. We propose a lasting partnership for energy security, environmental stability, and infrastructure development. We offer highly educated, competitive workforce, vast natural resources, an overall industrial potential. And in return, we are asking for Europe’s assistance’.

The Ukrainian Ambassador also clarified the common misinterpretation presenting the Agreement as a possible means of EU enlargement. ‘Let us be clear – the EU-Ukraine’s Association Agreement does not consist of the Copenhagen Criteria. Instead, it constitutes an element of the EU’s foreign policy goals, with a view to a long-standing Eastern European partnership. For Ukraine, it is a roadmap for domestic reform; for Europe – it is an opportunity, a benefit, rather than a burden’.

The Ukrainians were the only ones willing to dye for the idea of Europe – the Lithuanian Ambassador to the Netherlands, Jonas Semaška

Upholding a shared view, the Lithuanian Ambassador Jonas Semaška presented a successful example of integrated models from across its representative country. ‘Bilateral trade between Lithuania and the Netherlands amounts approximately for 2,5 – 3 billion euros – that is solely four times smaller than the established market between the Russian Federation and the Netherlands. The Dutch contributions to the Lithuanian structural funds, hence, expanded the European market and resulted in a mutually beneficial situation’ – claimed Semaška. ‘It is our responsibility, however, to maintain a continuous dialogue with the EU and deliver the expectations. I am certain that the Ukrainian civic society possesses the needed political will acknowledges such responsibility. The Association Agreement would result not only in the increased welfare of the Ukrainian citizens, but in improved regional businesses as well’.

Tony van der Togt, the Senior Research Fellow at the Clingendael institute, reiterated the importance of a shared understanding of the rule of law: ‘Russia made it very clear that it does not wish to transpose the European law into its national system – the Federation is redrawing their commitments towards EU’s legal norms. Hence today we are battling for the soul of Europe; the Ukrainians already made their choice, it is time for us to the same’.

Having heard these considerations, the importance of the upcoming referendum emerges as evident. Notwithstanding, one might ask him/herself the following: Must the Ukrainian country advertise itself as an attractive contribution to the European market, while the key issue centers on the continuum of an oppression on the Easter EU border?