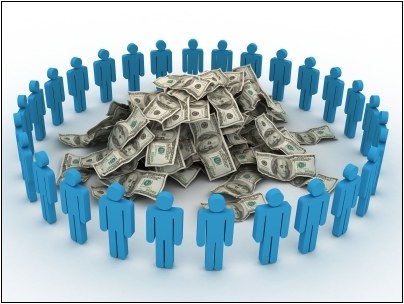 At the end of January, the Washington-based ‘fact think’ Paw Research Center published a report on crowdfunded journalism that brings again on the spotlight the hope for a long-term rehabilitation of the written word. Crowdfunding is the process of collecting money from a large group of people for a specific project, usually conducted via Internet. In the evolving digital era, it can help to redefine both fundraising and journalism.

Over the past several years, crowdfunded journalism has become an increasingly popular way to engage public support and financial resources for all kinds of projects, many of them promoting the primacy of qualitative content directed toward social change. According to the Paw research, from April 2009 to September 2015, just on Kickstarter more than 650 journalism-related projects received full – or even more than full – funding, varying from several thousands to several million dollars. Crowdfunded journalism develops as a new, niche segment of nontraditional journalism that has the potential to develop as a worldwide network of small and agile independent projects that could provide viable alternatives to the traditional corporative system of media production, distribution, ownership, and funding.

The range of crowdfunded projects in the last years varies greatly: a digital oral history of wildland firefighters, a Tanzania-based multimedia reporting website on the fate of the Kihansi toad, online ecology hubs, campus lifestyle magazines, a platform for podcasts launched by three graduate students of religion, and many others. One of the most emblematic recent fully financed projects is De Correspondent – ‘a Dutch online journalism platform that focuses on background, analysis, investigative reporting, and the kinds of stories that tend to escape the radar of the mainstream media’. De Correspondent has raised $1.3 million in just eight days from 15.000 donors. According to Forbes, in 2013 the global crowdfunding industry reached $5.1 billion. In 2015 it increased to $34 billion and according to a recent report by Massolution, by 2016 it is estimated that it will surpass venture capital industry.

The proliferation of crowdfunded journalistic projects proves again that collaborative economy has brought new disruptive models that can successfully contest in the long-term the supremacy of traditional media corporations. Moreover, it also provides new ways to empower individuals, help them to reach unprecedented audiences, and bring on the scene unique critical voices.