It is crazy how people know everything about Kylie Jenner’s lipstick but not about what ICJ does…like which war it prevented and so on.

The Pax Initiative is a non-governmental organisation launched at the end of 2015 by a team of young and passionate professionals who aim at gathering and empowering youth from all over the world. The NGO focuses on the achievement of the United Nations Sustainable Development Goals and especially goal 16 which stresses the importance of the rule of law as the basis for more peaceful and inclusive societies. On the 16th of April 2016, Checks&Balances had the opportunity and the privilege to interview one of its co-founders, Zahra Shah, during their first official event in The Hague. 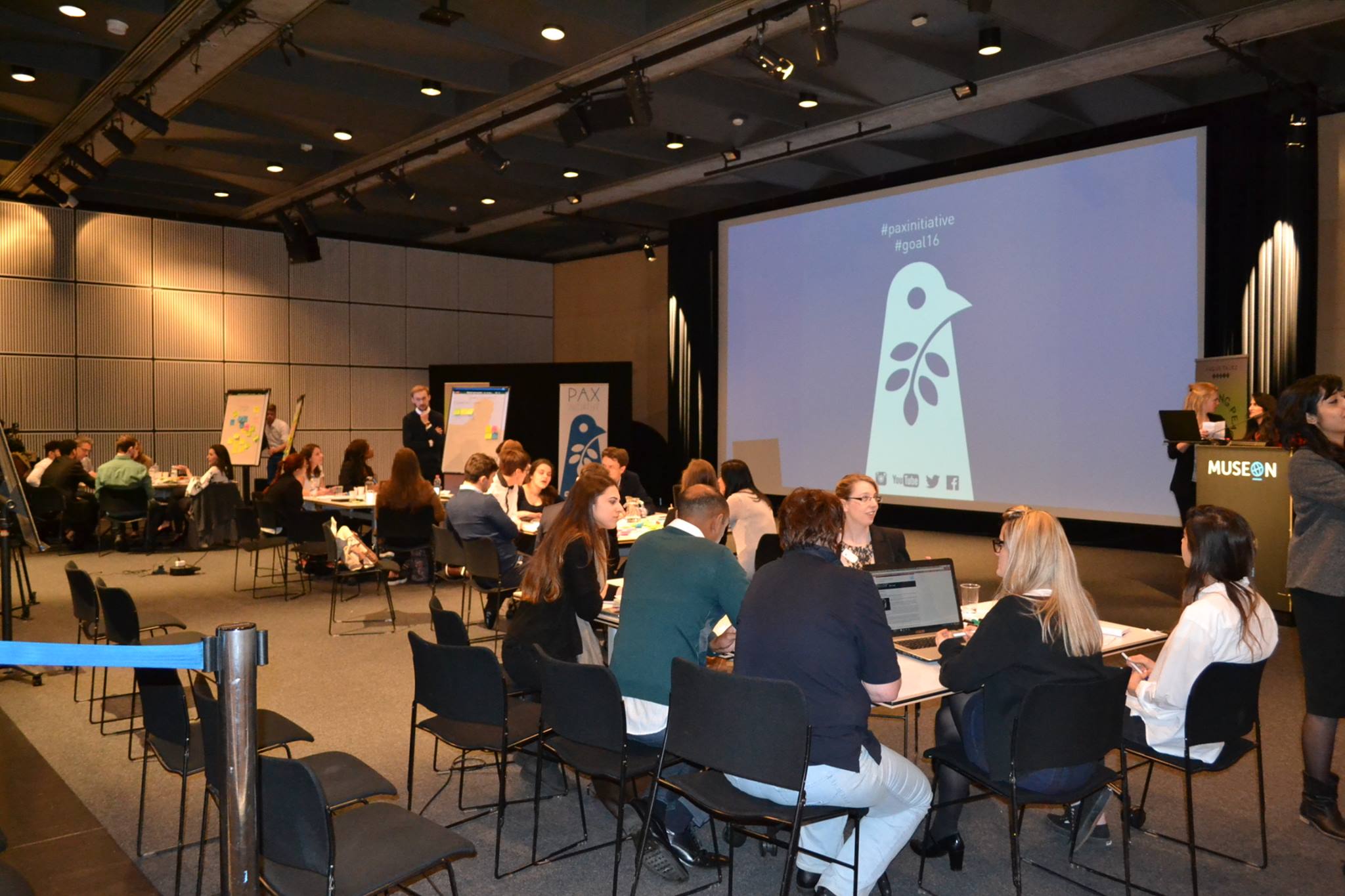 1_ How did the Pax Initiative emerge? What were the ideals that inspired you to create this NGO?

It was a very last-minute and random initiative that started in October at the UN’s 70th birthday event, which was celebrated at the Peace Palace, where the youth was encouraged to participate and to criticize the UN and be open to express what they think. I was invited to speak in October after I won a speaking competition. At that competition my colleague and I discussed particular subjects: I talked about cyber security and what are the threats the UN is not addressing yet and my colleague spoke about peacekeeping and its issues. It is really nice to speak as the voice outside of the system in front of those who are in the system: the people from UN and ICJ. As a consequence, we received great feedback: the distinguished audience told us we were right but because they were inside the system it was very hard for them to think objectively.  So, then I said: “Wait a minute. I think we are on to something here because we are able to be critical and get away with it because we are not in the system so no one can tell us off”. So this is how it started. Now with the UN sustainable developmental goals, there is a lot of work to do and there is definitely not a lot of youth involvement even though UN is trying to gain their attention through initiatives like UN Youth. However, we wanted to be separate from the UN institutions, hence we partnered with The Hague Talks and The Hague projects, wanting to focus on 16 developmental goals which deal with the ICJ in The Hague.

Thus we looked at those broad and different objectives. UN speaks about transparent institutions and we ask “which institutions? Where do you start?” So we targeted the ICJ with today’s first workshop. ICJ doesn’t have Facebook nor Instagram account. Hence, people do not know what is happening there.  It is crazy how people know everything about Kylie Jenner’s lipstick but not about what ICJ does…like which war it prevented and so on. 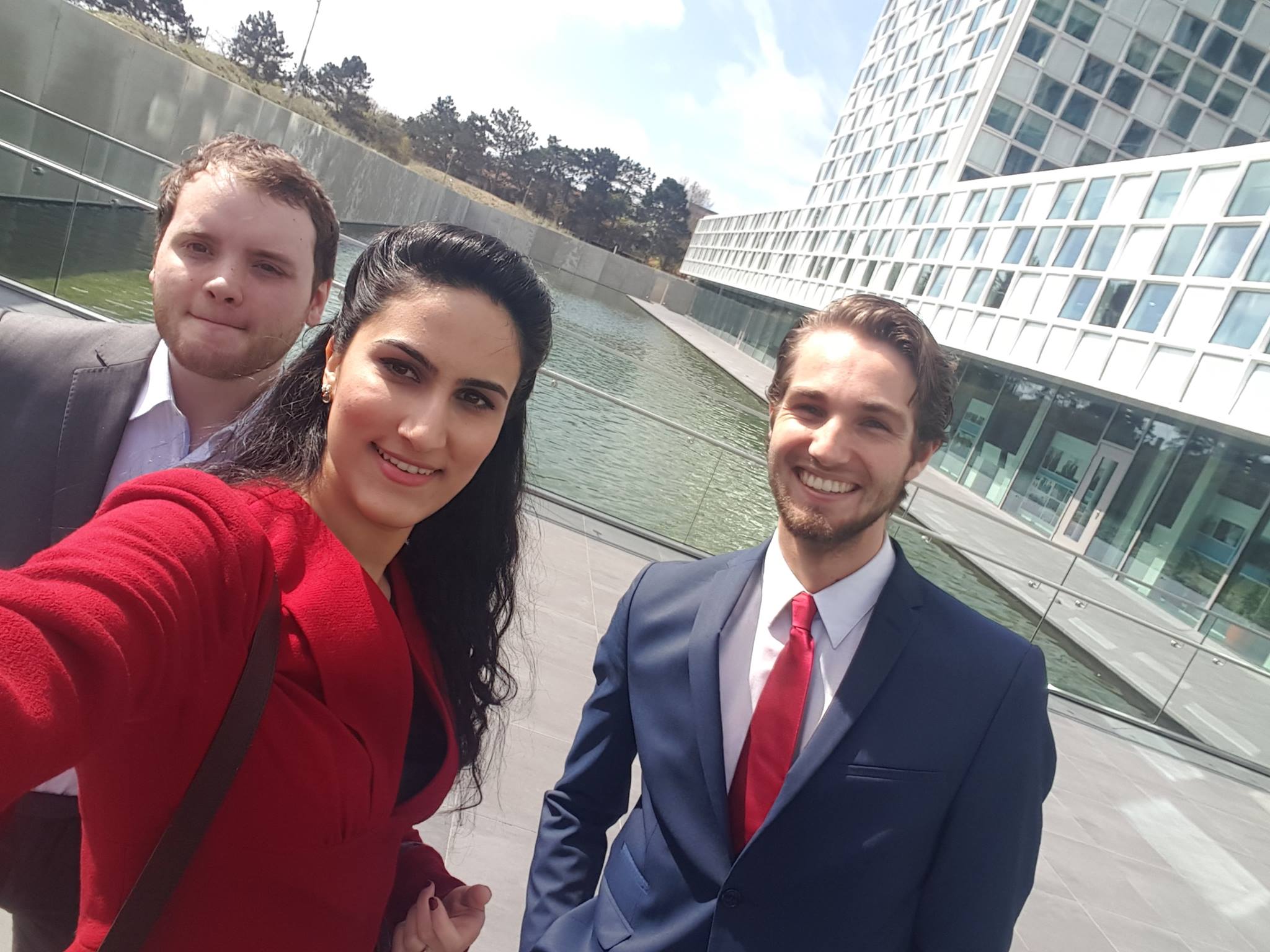 2_ How did you manage to attract the youth? How effective were you in getting the students’ attention?

I think everyone from the October event became very involved, recognizing that this NGO could actually go somewhere. We were only 14 people at the beginning and many more have joined since then, because of their passion. Time and money were always impediments but luckily our team is full of energy and willing to bring a fresh and objective perspective to something that they have been studied in a legislative domain.

We want more young people involved so our aims are to deploy social media to attract them and also use understandable and simple wording, relevant for them. When you say: “Russia Today and US media say different things” no one listens. Yet, when you say: “This news matters because it affects you” then people respond. Thus, it is more appealing to make the news local rather than international.

3_ Where does your budget come from?

We are partners with The Hague talks, The Hague Projects, Leiden University and the Innovation Center. The amazing thing is that those people have not given us money. They gave us some of their time mostly because they believed in what we are doing.

Budget-yes it is an issue. We put our own money into getting our brand out but we are searching for a funding source.

4_ You have a broad range of objectives: nuclear disarmament, institution transparency, etc. Where do you start?

We focus on small and certain steps. A project at a time. This time it is the issue of ICJ’s transparency. We are not only sitting and talking but we are making sure our ideas are taken into account and applied.  For example, we will deliver our ideas on Wednesday at the Peace Palace, when for the first time ever the ICJ is going to have a public discussion, including an open Q&A. The transition from talking to applying ideas is difficult because of all the procedures ICJ has to go through when implementing new project. The most important thing is that we will get back feedback. After that we can move forward, were the Innovation Center can help us. Let us say, for example, that we can create an app, an ICJ app. The Innovation Centre can step in to create it. Obviously, young people are needed to voice their opinion on this platform with us.

5_ What are the impediments when you start an NGO?

It is really hard. Personally, I finished the IR Master and I had applied to so many jobs at the UN but got no responses. For me the choice was between sitting and applying for jobs till I die or just getting up and trying to do something. We have been lucky because we the Hague Project encouraged us. However, you must remember the following: You need to have the right intentions. You shouldn’t start an NGO for money because we are not here for that. In fact, we have not made even one penny out of this. Instead, we were successful because we genuinely wanted to improve the state of the world.

If you want to start an NGO I would say: First, know your target that you want to reach. Whether it is big or small, it needs to be specific. Second, think about who can help you reach that goal because you cannot do it yourself. You are not self-made, you are people-made. You need people’s time and you need their advice. Do not forget to network as well! 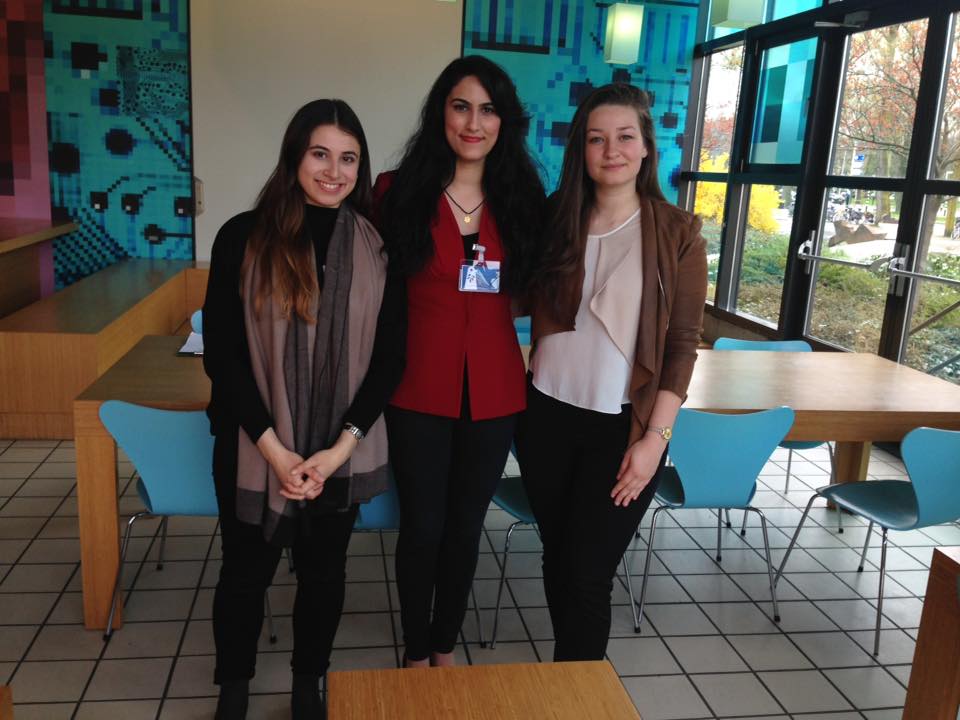