The Mountain of Men 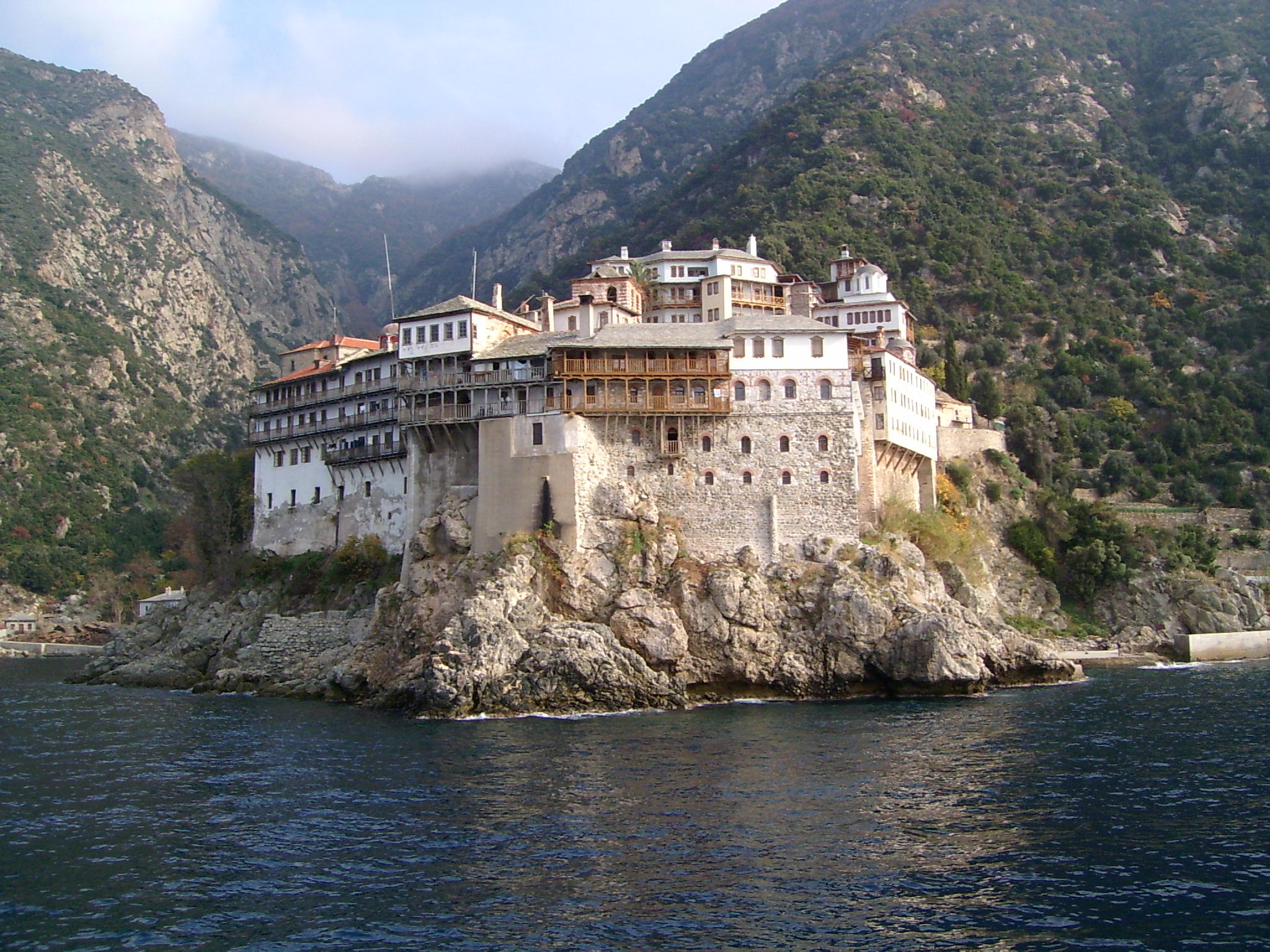 Somewhere deep down in the second ‘leg’ of the peninsula of Chalkidiki, Greece, lays a mountain where only men live. Anyone wanting to see the stunning landscape surrounding Mount Athos, must be a man. A man, of course, in the sense of having the stereotypical features of what a man is supposed to be in our current social/societal understandings. Short hair, not too round face, no breasts, something like that. Yet this social test is arbitrary, as time and good (Greek) food has given many male visitors some breasts of their own, especially after the age of 40, and long hair is not uncommon, especially close to a mountain full of Orthodox monks.

What is interesting in this place, is that it is an excellent example of where ideational clashes take place. A true discursive battle occurs between on the one hand religious law, and on the other norms of gender equality and non-discrimination. Some would also call it a clash between old and new, between tradition and progress – yet that statement involves the approval of the modernisation thesis which is another story. The mountain has even found its place in the international political arena, for example when it became a topic in Greece’s accession to the European Union. The monastic region of Mount Athos has acquired a special, autonomous status and derogations exist in some areas of EU law. For example, Greek and European citizenship can be given automatically to anyone – correction: any man – becoming a monk at Athos. Moreover, a joint declaration was added to the Schengen Treaty as to maintain the special status (1). That is because the Schengen Treaty, of which Greece is part, is all about free movement, and thus inherently conflictual with the prohibition of female presence – in some cases even female pets – at Mount Athos. Indeed, in the late 90s some inhabitants of the mountain vividly protested against Greece’s accession to the Schengen Treaty, as they feared the end of some of their special traditions and of Avaton: the decree that has banned women from the ‘Holy Mountain’ since 1060 (2).

Others claim that the men at Mount Athos actually love women so much that, in order to correctly fulfil their life mission of worshipping the Holy Virgin Mary, they must be protected from any other female distraction.

As can be expected, many opinions exist on this contested issue. On an EU level, some Scandinavian MEPs have argued that it opposes EU law and have demanded that the area would be accessible for women. Anna Karamanou, a Greek member of the European Parliament, did a similar call in 2003. She interestingly used both human rights rhetoric and a religious frame to argue for her case: “the ban on women entering Mount Athos, based on a decision taken by the monks 1000 years ago, today it is neither of logic nor of morality or democratic or even religious reasoning; since the Christian teaching excludes any discrimination on the basis of sex (citation from the Bible: “there can be neither male nor female…”). However, the church defends religious discrimination against women on the basis of a tradition argument.” (3)

Others claim the ban is not unfair to women, arguing for example that similar practices take place in the Catholic Church, or that some holy places are not accessible for men (okay, except for priests when the mass takes place), or, most creatively, that it is not against women: the men at Mount Athos actually love women so much that, in order to correctly fulfil their life mission of worshipping the Holy Virgin Mary, they must be protected from any other female distraction.

As an exchange student in Thessaloniki, a big city close to the peninsula of Chalkidiki, I must take my stance too. Do I accept that as a woman, a classification I happen to agree with – I cannot visit a beautiful place due the fact that at birth I was given different physical features? What is the balance I strike between religious traditions and non-discrimination norms? Do I protest, as a feminist and European citizen? Or do I take the middle path: am I willing to dress up like a man – as some girls in Iran did a few months ago (4) – to be able to enjoy my freedom of movement? I have one more month to decide.