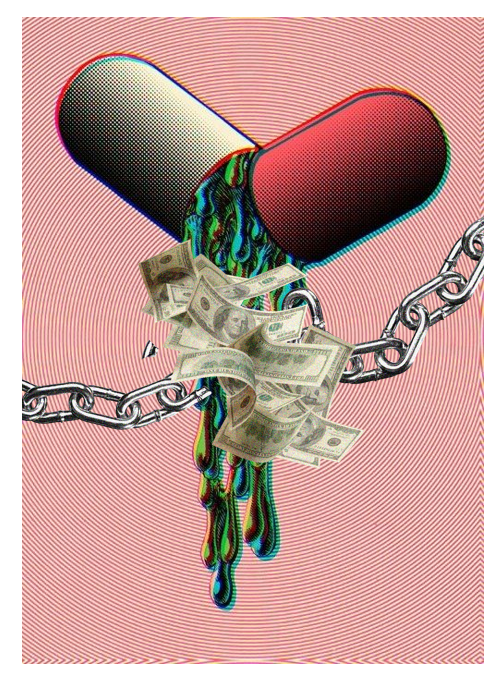 Generic pharmaceutical drugs could save the life of millions. Yet, the tension between intellectual property rights and patents of wealthy pharmaceutical companies stands in stark contrast to the need for cheap, affordable medicine in poorer countries.

Imagine getting the diagnosis of having kidney and liver cancer. The thought alone sends shudders down your spine. Now imagine that you are so unfortunate as to have been born in a non-affluent, non-Western country which means that the medicine available for treatment would cost you approximately 2400 Euros a month – when your average yearly wage is around a quarter of that amount. This additional burden to an already dire situation is what millions of people are often experiencing in developing countries.

Why are those medicines so costly compared to the income of the people?

The major reason for this is that big pharmaceutical companies – such as the American Pfizer or the German Bayer – do not allow poorer countries to neglect pharmaceutical patents in order to create cheaper, high-quality generic drugs that could save the lives of millions. The main logic of reasoning for those multinational companies is that it takes up to 25 years to invent, test and finally produce effective medicine. And innovation only happens when there is incentive, which means a high return on the newly produced drug. A high return then is best ensured by patents that are usually valid for the next 20 years. However, when this patent is overridden by poorer countries the financial incentive to invent new medicines decreases for large pharmaceutical companies.

Nonetheless, on the other side of financial profit stand actual human lives that could be saved. Often large pharmaceutical companies grant “voluntary licences” to poorer countries which can then use them to create generic drugs without fearing trials for intellectual property infringement. However, such arrangements give a lot of power to the hands of big companies. Therefore, poorer countries can also issue compulsory licences that disregard patents, but often they are too intimidated by big business to do so. A brave example that has defied lobbying of big business in that regard is India. The country managed to keep the majority of life-saving medicine free to be replicated and its laws forbid “evergreening” which is a tactic used by pharmaceutical companies to extend patents beyond the 20-year margin that they are valid. Additionally, India has played an important role as “the pharmacy of the third world” in distributing more than half of its generic medicine across the Global South. Also, non-governmental organisations such as Doctors Without Borders rely heavily on generics provided by India to successfully implement their work. Still, pressure on India and other developing countries from wealthier countries and powerful pharmaceutical companies is mounting.

In order to decrease the influence of pharmaceutical companies, the UN urges its member states to dedicate a percentage of the gross domestic product on medical research and development. This would help to limit the power of huge pharmaceutical enterprises as it would give more leeway to the countries themselves who could decide how much money to invest in research of specific drugs that are especially needed in their region. Oftentimes pharmaceutical companies fund research that is profitable but neglect diseases that are not seen as lucrative due to their rareness. Nonetheless, such neglected diseases can cause a lot of damage, especially in an interconnected world such as ours.  A taste of their consequences has already been seen with Ebola or the lesser known but also deadly Chagas disease that is often found in Latin American countries.

In the end, the question about generics boils down to a stand-off between intellectual property rights and human rights to life and affordable medicine. It is perfectly understandable that huge pharmaceutical companies keep financial incentives and goals for profit in mind to foster innovation. However, profit only takes us so far as it should also be a powerful incentive of human endeavour to innovate new medicine that can save the lives of millions of people all around the world.