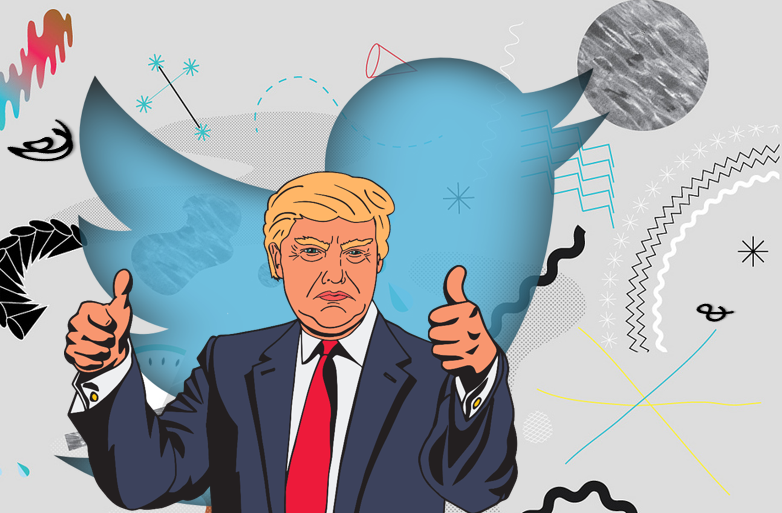 Back in 2010, Twitter’s total network encompassed over nearly 30 million monthly active users. Nowadays, that number has increased to over 317 million. Little doubt exists, Twitter is booming. But since recently, the platform seems to have developed itself on yet unexplored grounds. Politicians, president-elect Donald Trump leading the dance, seem to have grown fond of the platform and its 140 character long tweets. And thus, a new dimension of diplomacy seems to have been ignited, with unforeseeable consequences.

‘President Obama expels 35 Russian diplomats in Cold War Deja vu. Everybody, including American people, will be glad to see the last of this hapless administration’. On the 29th of December 2016, the Russian Embassy to the United Kingdom posted a tweet displaying the picture of a duck with the text ‘LAME’ written over it in a bold dark fond. Two years earlier, the embassy already posted a similar tweet in which it mocked the possibility of a Russian invasion of the Crimean peninsula by posting a picture of a scenery of military toy cars as being the most convincing proof that could be found of an eventual Russian invasion. What contemporary twitter usage in politics in such cases  might seem to provide is a place to express a few flickers of light-hearted creativity in  an increasingly Machiavellian international realm. However, such a stance cruelly underplays the far reaching consequences of Twitter’s  140 characters formula. Due to such a restricted amount of space to get one’s message across,  oversimplification is always lurking.  What contemporary political usage of Twitter then  underlines is a much more fundamental and even potentially dangerous development in international politics.

The main reason why Twitter usage by politicians and diplomatic institutions has steadily increased in recent years has been because the social medium has since its inception, back in 2006,  provided these actors with   a free platform to attract attention from a large part of the electorate. The platform provides the politician with  a way to attract the attention of the masses by unleashing clear, brief and attention seeking statements. What the consequences of such tweets might prove to be is dependent on the efficiency of the message that is being swept into the public realm. Twitter then proves to be, as Dr Karen Brooks, a researcher the University of Queensland, puts it: a double-edged sword. 140 characters might have what it takes to make but also to break political credibility, power and at its most extreme, an entire political campaign.

However, it needs to be stated that even though Twitter’s number of users might have been skyrocketing, its reach is still not nearly as great as the vast amount of broadcasting networks (CNN’s monthly viewer rate was around 278 million) , news webpages  and other social media such as Facebook ( 1.79 billion users in 2016). However, for those approximate 300 million users that do use the platform, Twitter has shifted the core of the political process from the closed political establishment back into the public realm, (digitally that is.) The contemporary politician retweets, likes and even reacts to the ‘ordinary’ Twitter user, bridging at least part of the divide that separates the political realm from the masses. And the success of using social media such as twitter does not seem to have come to an end just yet, as continuous diplomatic bargaining is profiling itself as becoming the number one tool of freshly inaugurated president Donald Trump.

One might then ask what arguments exist that advocate against the notion of using Twitter as a new tool in the diplomatic arena. First of all, it might be argued that Twitter does relatively more to worsen than improve the current state of diplomacy. In an era where complexity seems to know no boundaries and in which distrust of politics seem to have become the norm instead of the exception, the political sphere is in desperate need for a clearer voice. However, instead of furthering diplomatic discussions and build up a clearer voice, Twitter rather encloses the politician and his/her electorate further in their own respective bubble. Although it might seem that Twitter’s simple formula thus sheds light on the complexities of daily politics, it might be argued that it rather further strengthens the further complication of that very same political structure. What unconscious twitter usage, such as displayed by the Russian Embassy before, might further lead up to is a discrediting of politics to a  yet unknown scale.

To conclude,  it can be said that the usage of Twitter within the world of diplomacy has already drastically altered the latter’s nature. For the politician, the usage of Twitter might prove to be a double-edged sword both strengthening as  well as simultaneously weakening his/ her position. Whereas in recent past politics would still largely take place behind the closed doors of infringeable bureaucracies, politics now increasingly seems to have shifted its practice into the public sphere of the online world. While such developments might on the one hand prove to be beneficial to strengthening the establishment of a well-functioning democracy, the phenomenon only very rarely seems to live up to its potential. Instead, contemporary twitter usage in diplomacy has till now lead to a paradoxical development, that is: it has found that ever shorter and simpler information has been the answer to overcoming the complexity of today’s world. And that is in one word and less than a 140 characters, just  LAME.