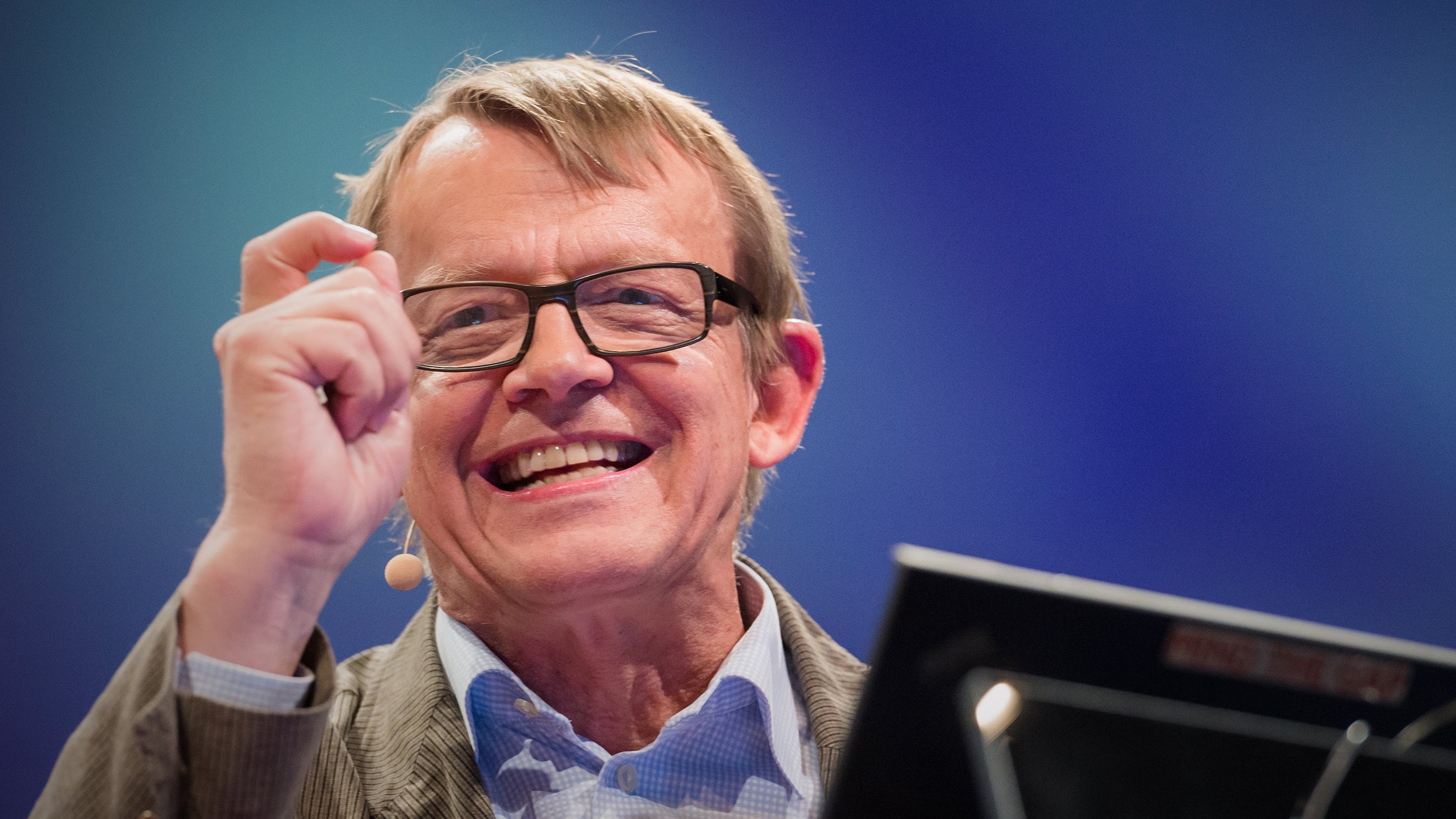 Hans Rosling died at the age of 68 on 7 January 2017. As a person striving for a better educated population, more optimism and a more accurate understanding of our world, he left a hole in the global community. As an homage to his work, we wrote an article on the value of his optimism…

He waves with great enthusiasm on a screen and yells as a passionate sports fan how China is catching up and how Bangladesh’ situation is improving. “It’s a miracle that happens in the ‘80s!” Hans Rosling is commentating statistical data on life expectancy correlating to fertility rates since 1962. Not exactly thrilling, perhaps. But Rosling brings it so vibrantly that even statistics becomes amazing to watch. It seemed to be the mission of the popular Swedish health expert. To teach us about facts and figures relatively unknown among all of us (regardless of age or education). While the facts are actually about major things: health, war, birth or death, for example. And it was his mission, to teach us these facts. Rosling stated that the usual institutions that tell us how our environment works and the world changes, are providing us a skewed image. He meant both education and media, but let’s focus on the second – after all, it is most adults’ education on current affairs.

“You can’t use news outlets, if you want to understand the world,” as Rosling put it in a fricative interview by, of all people, a journalist. A journalist strongly supporting the media’s work – as it is his work as well – who stated: “..the news outlets are reporting on the current situation. And right now the situation consists of wars, conflicts, chaos.” On which Rosling immediately breaks in: “No, no, no that is completely wrong. You’re wrong.” And after a question on his sources: “Statistics from the IMF and the UN, nothing controversial. The facts are not up for discussion. I’m right and you are wrong.”

This perhaps sounds radical, but his conviction really is not at all. It can be interpreted as optimism, but he himself probably found it just striving for truth. He stated that we, including media, see negative extremes as the average, while most countries are actually in the middle. To name some of Rosling’s facts that might run against your knowledge or intuition:

Now, it is not necessarily bad if these facts were new, statistically only between 5 and 32 percent of the people Rosling inquired knew them right. In his popular TED talk ‘How not to be ignorant about the world’, he asked the audience some of the facts above, and in every case their aggregated result was worse than random. Or worse than “the Chimps I asked in the zoo,” joked Rosling. He showed the stats of other inquired groups: the U.S. public, the Swedish public, U.S. media, and European media, and they more or less scored the same. It is these findings that made Rosling conclude that we let extremes to a too large extent determine our world view. “When you answer, you answer according to the worst places, and there you are right. But you miss the majority.”

Is that the fault of the media? Can we blame powerful corporations of elite journalists? It is probably not that simple. We should look at our own bias, our own preference for negativity, for sensationalism, short items, responsive news, et cetera. If media is made by commercial corporations, it means they show what we want to see, what is in line with our interests. It is probably too cynical to call media completely profit driven, but there is significant commercial influence, based on our needs. Whether we can actually change media is a hard question. The wish to change the interests of everyone around us is not only unreasonable, but also arrogant. It is more feasible to broaden our individual scope, and look beyond media coverage. Not as a task for ‘educated elite’, but for everyone, to look for structural and optimistic stories as well. It is a publicly known fact that global violence is on an all-time low, but we should apply optimistic knowledge (or just anti-pessimistic truths) to many more fields. Rosling demonstrated how health, governance and poverty have improved as well. And the importance of this is not just that we feel happier, but that we realize how far we have come. “Many in the rich countries think: “Oh, we can never end extreme poverty.” Of course they think so, because they don’t even know what has happened.” The relevance of history is that we can learn from it for the future. If our general world view would be more accurate, it would empower us more to better the world we live in. Optimism with factual basis makes us confident. We need optimism not only to survive, but to develop.

Do you want a better understanding of wat Rosling did?

The first quoted talk is ‘The best stats you have ever seen’, from 2006. Find it here. The quoted interview by the Swedish media outlet ‘Deadline’ is to be found here. And lastly, the TED talk where Rosling queries his audience is called ‘How not to be ignorant about the world’.