Turkey: On the Edge of a Critical Change 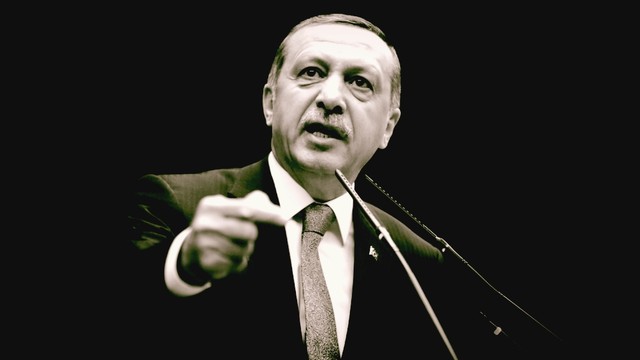 The referendum process has started in Turkey with the approval of the President Recep Tayyip Erdoğan. The referendum is focused on the reform of the executive branch into a stronger, presidential style.

Turkey is witnessing a historical scene in Turkish politics. Since the foundation of the modern republic in 1923, Turkey has  followed the parliamentary system. After the coup attempt, Erdoğan’s Justice and Development Party (AKP) drafted a proposal to reform the presidential office into a similar type of executive as seen in the United States and France. However, the opposing parties contested that the proposal contained a one-man regime. While President Erdoğan accused the voters against the proposal as being Gülenists and traitors, the opposing parties have tried to explain the “real” proposal to the citizens of Turkey. Also, the main opposition party, the Republican People’s Party (CHP), claims that the Erdoğan’s arguments have created a big polarization in the society. A recent poll discussed that the predictions may not reflect the result of the future referendum because some voters do not express their opinions about referendum distinctly. When the polling agencies changed the system to secret ballot, against votes evidently increased. On the other side, the current debate on formed anxiety in the Turkish society because of the latest statements of Erdoğan. “Presidential type of executive is my project. Do you remember the old Turkey? The referendum is a historical turning point for our society. The objection of the opposing parties is not for the system, their objection is towards to our nation.”

This dispute caused a public unrest and fear, spreading through the streets. Eventually politics spilled over to the religious places. A fight occurred in the Ümraniye Modoko Mosque in Istanbul because the Imam stated that every Turkish citizen should give the “yes” and the “no” voters are the traitors of Turkey. As the conflict kept on expanding day by day, bipolarity and the gap between the “yes” and “no” supporters have increased. In the meantime, hundreds of professors and public servants were dismissed from duties without previous notice or a reasonable cause. These dismissed people are known to be mostly against presidency and the upcoming referendum. Massive number of dismissals from specifically Ankara University were protested country-wide and internationally. 122 academics from the University of Amsterdam have made a call for solidarity with academics of Turkey, claiming that with its actions, “the government claims to fight terrorism, but unmistakably the measures deployed are calculated to outlaw dissent – specifically from the intelligentsia and among academics.”  The paradigm of the one-man-governance was met with bold concern from political authorities to journalists and communities throughout Turkey.  Dissidents of this system put forward the fact that Erdogan, if elected, will take in charge massive authority, from assignment of high executives of the government and judiciary system to internal affairs. This sort of delegation of authority requires constant and a well thought monitoring system. However, considering the dramatic increase in the appeal cases to Supreme Court decisions in the last decade together with the ones taken to the European Court of Human Rights, effectiveness of such a control mechanism should be questioned.

The one bold example of pro-presidency majority put forward, United States showed how fragile the system could become with Donald Trump’s staggering win. Within two weeks of coming to power, the new president has began plans to construct a wall on the Mexican border and has taken steps to repeal Barack Obama’s grand public health service project known as the Affordable Care Act or “Obamacare”.

The upcoming referendum has been interpreted by both national and foreign observers as one of the most distinct movements of division in Turkish politics. The future referendum and its possible consequences will affect the international relations of Turkey such as European Union-Turkey and NATO-Turkey cooperation. Therefore, any political movement of the AKP government may create severe international conflicts and thus, a critical political process is foreseeable. The country’s destiny and exertion of democracy varies radically among the forecasts and it remains a great question mark. If the United States, the current biggest economic power, home to Wall Street, Hollywood, Silicon Valley, and LGBT recognition and diversity can begin to see the threats of a strong executive, who can assure an unstable Turkey by all means will not, as a strong presidential executive can be a disaster due to the non-democratic government and lack of bureaucracy in place.