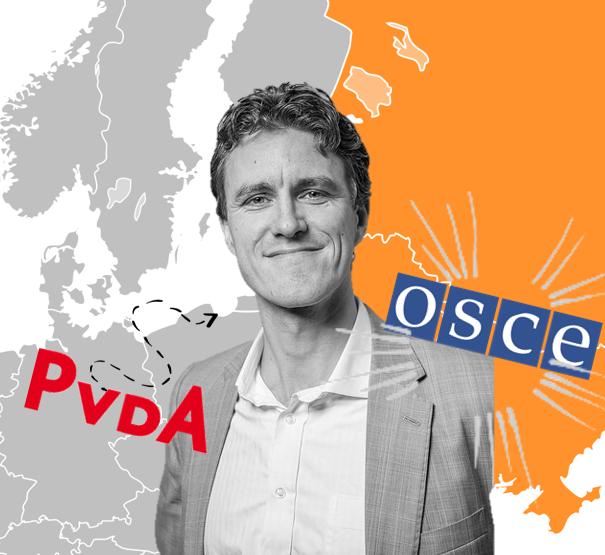 Have you ever wondered what you can do with an IRIO degree after you graduate from University? Bob Deen, who has worked in NGOs, with the OSCE and is now running for the Dutch parliament, offers you a unique perspective on the manifold possibilities that open up in life after IR. 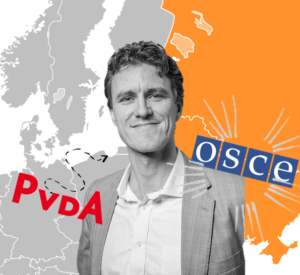 ew up in the 1990s the world seemed to be aflame with nationalism as large, multi-ethnic states like the Soviet Union and Yugoslavia were torn apart. I enrolled in the IB/IO programme in Groningen in order to understand not only what was happening in the world, but also what I could do about it. I took up Spanish and Russian classes and spent six great months at the University of Barcelona, seeing nationalism up close among the Catalans. After internships in Geneva and New York I graduated in 2003 and got a scholarship to dig deeper into the phenomenon of inter-ethnic conflict at a Masters in Nationalism and Ethnicity at the London School of Economics and Political Science (LSE).

One day in 2004 someone alerted me to a volunteer opportunity as a conflict researcher in southern Kyrgyzstan with a French humanitarian NGO called “ACTED”. Somehow I knew it was now or never. I quit my job and bought a one-way ticket to Osh to start a new adventure. I wrote a research report on inter-ethnic tensions in the Ferghana Valley, fundraised a conflict prevention project and became base manager in nearby Jalalabat. As the only foreigner in the area I had to quickly learn how to actually speak Russian. Among others I ran the food and water supply to a small refugee camp following the Andijon crisis in neighbouring Uzbekistan. In 2005 I moved to Tajikistan and eventually became head of all of ACTED’s multi-million EUR development projects in Central Asia. It had been a rocky ride, but I’d do it again in a heartbeat.

In late 2006 I got a unique chance to be seconded by the Netherlands to the OSCE High Commissioner on National Minorities, the world’s leading institution mandated to prevent ethnic conflicts. For over three years I ran projects and travelled all over the Balkans and the former Soviet Union. I left briefly to work as a political adviser for the EU in Georgia shortly after the 2008 Georgia-Russia conflict. I also spent a year as a research fellow at the Conflict Research Unit of Clingendael. In 2011 I came back to the HCNM as Senior Political Adviser to Knut Vollebaek, a former Minister of Foreign Affairs of Norway. Accompanying him on his many travels and meetings with heads of State in Georgia, Ukraine, Moldova and the Balkans was the best training in diplomacy I could wish for.

I have been at the HCNM for nine years now; in 2013-2015 I covered the Ukraine crisis from up close and in 2015 I became head of the section covering Eastern Europe, Caucasus and Central Asia. Among others we analyse political dynamics and forecast conflict risk. Many of my 15 team members are from the region, and I learn more about the post-Soviet republics from them every day. Unfortunately the OSCE has a strict ten-year maximum period of service, which means I have to leave next year.

This spring I am running for Parliament on the list of the Dutch Social-Democrats (PvdA), where I want to contribute to a secure and just world. It is a long shot but one that I feel compelled to take, because regional instability and the flames of divisive and destructive nationalism haven’t gone away. On the contrary, they are now turning my own country from an open society into a divided one. I want to counter that trend, because as the famous quote goes, “the only thing required for the triumph of evil is for good men to do nothing”.