The Origins of War – A reflection on a highly contested debate 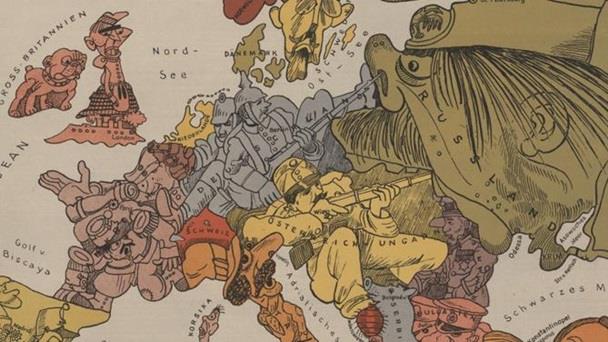 War, as said by Carl von Clausewitz (1780-1831), a Prussian general and military theorist, is ‘the continuation of politics by other means.’ This is just one of the many definitions for war. Defining a person’s definition of war often expresses the person’s broader political philosophy. This position is also important for one’s view on the origins of war. Building a world without wars has been one of the  greatest human ideals throughout history, but unfortunately has never been accomplished.

Last July, Pope Francis used the hundredth anniversary of World War I to exhort his listeners to abolish war. Catholic teaching says that warfare is a cruel and violent practice that the world can and should find ways to do without. The church still deems military action to be permissible in certain narrow circumstances, while simultaneously urging people to work for a world in which war is unnecessary. Church teaching is therefore not pacifist, but abolitionist. Many theories share the same vision that there is a world possible without war. One of the schools within the theories of evolutionary origins of welfare sees organized warfare as emerging in or after the Mesolithic era, a period in the development of human technology between the Paleolithic and Neolithic periods of the Stone Age, as a result of complex social organization and greater population density and competition over resources. Ashley Montagu, a British-American anthropologist, argues that social factors and childhood socialization are important in determining the nature and presence of warfare. It is thus not a universal instinctual occurrence. Another anthropologist, Bobbi Low, observed the correlation between warfare and education, and noted that societies where warfare is commonplace encourage their children to be more aggressive. In the economic theory of warfare, war can be seen as a growth of economic competition in a competitive international system. Many world leaders, including a number of United States presidents and prominent generals, expressed support for this view of war and linked war to economic development, studying state-building and fiscal capacity.

However, several theories concern human warfare as a practice derived from common animal tendencies, such as territoriality and sexual competition. This school is more concerned with looking at the psychoanalytic psychology behind war. Joost Meerlo, a Dutch psychoanalyst, asserts that war is a mass discharge of accumulated internal rage and the inner fears of mankind are discharged in mass destruction. This means war can be a means by which one’s own frustration is projected and relieved via his unleashing of destructive behavior upon others and he argued that violent behavior is inherently. Many people consider calls to abolish war utopian and dangerous. It is not hard to see war as an unavoidable part of the human condition. Even Albert Einstein said: ‘So long as there are men, there will be wars’. War seems necessary, not only to protect the innocent people, but also to uphold a just and peaceful order in the face of those who would be willing to use war for unjust ends.

The origin of war will remain a contested concept. However, humans have made it possible before to abolish a longstanding and widespread violent practice that was once accepted as natural and necessary: slavery. Like war, slavery appeared about twelve thousand years ago and quickly spread to every major society and region of the world. It was simply socially accepted and its defenders considered it essential to the natural racial order that protected the superior peoples from the savagery of inferior ones. Slavery gradually disappeared as social attitudes shifted, and political actors suppressed them. New institutions arose as alternatives. Taking into account this argument, it is important to reflect on the Catholic teaching resulting from the Second Vatican Council, which emphasizes that progress does not require perfection. The reality of sin in the world and the strife in it brings does not prevent constructing, in the words of Gaudium et spes of the Second Vatican Council : ‘a world more genuinely human.’