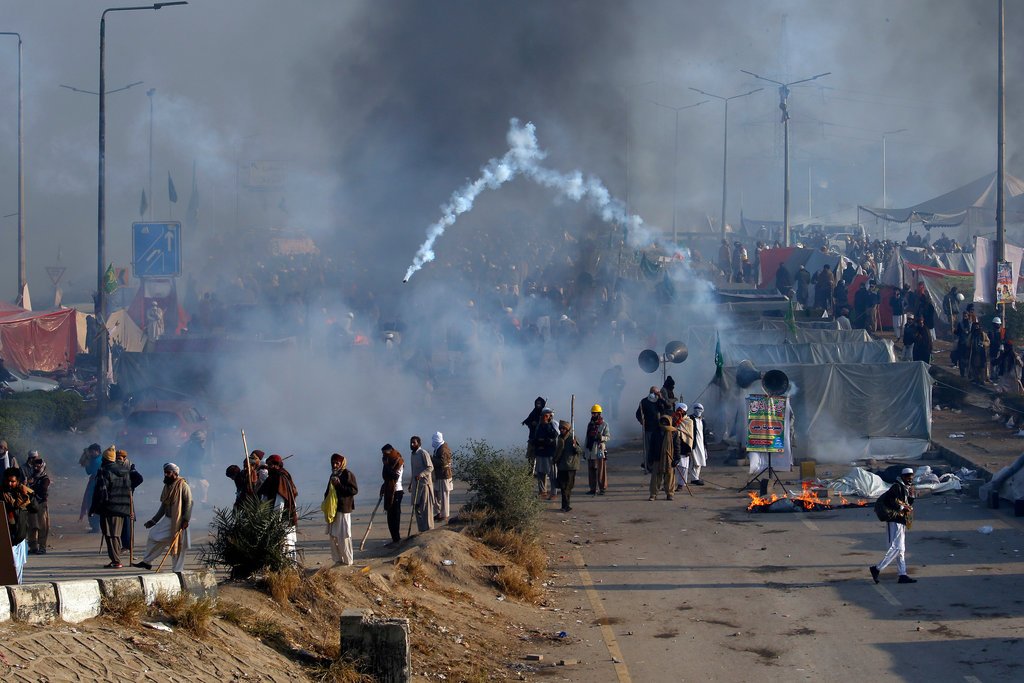 On Sunday night, the law minister of Pakistan, Zahid Hamid, was forced to resign after days of protests in the nation’s capital, Islamabad.  But how and why did this forced resignation occur?

The protests began weeks ago, under the leadership of Khadim Hussain Rizvi. His followers had been occupying a road on the outskirts of the city in an attempt to block the traffic and cause disruptions. A botched operation to break up these protesters ended in violence and triggered nationwide sympathy protests, in smaller cities, such as Rawalpindi. On Friday these protests escalated, and his followers took over the capital city centre, violence emerged, and the city was brought to a still stand. Schools and colleges in the province of Punja were also ordered to close for two days as the violence continued. 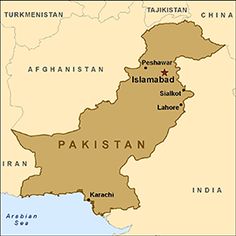 The government claim the problem began over a clerical mistake. When getting a passport or running for office in Pakistan, an oath needs to be sworn to the government and to the prophet Mohammad, as the final prophet in Islam. Zahid Hamid’s ministry made a slight change to the oath, down grading its opening to from “I solemnly declare” to “I believe”. There are minority Muslim groups in Pakistan who do not accept Mohammad as the final prophet and this was seen as being adapted for them. The oath was quickly reversed but hand-lined protesters still seen it as blasphemous. They began to demand the removal of Zahid Hamid from office and some even demanded for their weak government to step down.

“We are not terrorists or extremists. We are Muslims, and our belief that our prophet is the last and final one is fundamental. There can be no compromise on this matter,” said Chaudhry Rizwan Ahmad, a local politician. “We are here to set an example so no one will ever try to change the laws again.”

These hard-line protesters follow the leadership of Khadim Hussain Rizvi. He is a well-travelled Sunni Islamic scholar within Pakistan. He famously supported the murderer of a liberal politician for speaking out against Pakistan’s blasphemy laws in 2011. 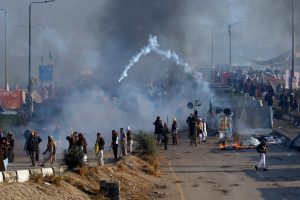 For days, as traffic jams caused by the protests delayed commuters for hours, the government attempted to negotiate with the protestors. But on Saturday, the military was asked to step in. The confrontation quickly turned violent as security forces fired teargas and rubber bullets and the protesters tore through the streets setting fire to police cars. During these few days of violence, six people lost their lives and a further 230 were injured. About 100 protesters were arrested on Saturday.

Initially, the media coverage of the protest was minimal due to small numbers of the protesters and also because road blocks by religious groups has become a routine affair in Pakistani politics. But on Saturday, the government ordered a shutdown of media sources. They stated that excessive footage of the protests would compromise the security operation. The government was trying to hinder the protests from spreading and keep the nation calm. The blockade included; Twitter, Facebook, Instagram, YouTube, and other social media websites. Television channels remained off-air and their live streaming pages were suspended. The only channel working was Pakistan state TV and it was airing children’s programmes. The international community heavily criticized this controversial decision, as it hindered the government’s transparency. It also violated people’s right to free speech and right to information.

On Monday, the military and the government agreed to their demands and Zahid Hamid resigned as law minister. Their other demands included; the release of all detained protesters, an official inquiry into Saturday’s police assaults, and a public accounting of who was behind the attempted law change that provoked the protests. Schools and businesses reopened, and the city tried to return to normal. 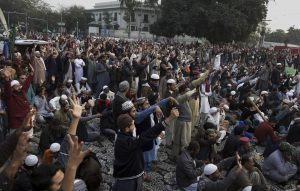 But the role of Pakistan’s powerful military in brokering the agreement raised sharp criticism from Pakistan’s judiciary, which accused army officials of an “alarming” reach into politics. Some analysts suggested the army was the real “winner” in the confrontation because it embarrassed the weak civilian government and enhanced the image of the armed forces.

The military is the most powerful institution in Pakistan, and it has often intervened in civilian rule. The current military leadership is believed to dislike the ruling party and its leader, former prime minister Nawaz Sharif. Some Pakistani observers suggested — note without offering evidence — that the army orchestrated the religious protests to weaken the party before elections next year.