Power of the Passport and Controversies of Investment Immigration 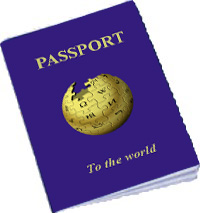 This article was inspired by an open lecture on the 13th of February given by a RUG professor from the faculty of law, Dimitry Kochenov. In this lecture, which carried the title “What is the value of your nationality?”, Kochenov aimed to highlight that nationality for most people is in fact a restricting, rather than an empowering institution. To consolidate this claim, he illustrated how the quality of the passport predetermines, inter alia, a person’s life-span expectancy, economic latitude and the ability to migrate and reside in other countries. To read more about Kochenov’s work, and to learn how your own nationality ranks in comparison with others, take a look at this nationality index.

Viktor Orbán and the Hungarian Controversy

“All things considered, defending our borders by building a fence to keep out people is a necessity. There is no more humane alternative when it comes to protecting ourselves. We must act humanely, within the law, while honoring transparency, but with firm resolve.”

Regarding topics of immigration and refugees Hungary would seem to have become a klaxon in the eyes of the other EU Member States. Equipped with tenacious anti-immigration rhetoric, the Prime Minister Viktor Orbán and the ruling centre-right party Fidesz, have blamed the other European states for not following the Schengen treaty provisions, and endangering the safety of the area by letting refugees enter. Hungary has refused to follow the common resettlement quota and instead it has become a vigilante by building walls and transit-zones limiting the passing through of refugees to just two per day on the Serbian-Hungarian border. This aspiration for increased sovereignty in action has however led the EU Commission to resort to an infringement procedure prosecuting Hungary for failing to fulfill its Member State obligations.

It would appear that Hungary has over the years substantially tautened its immigration policy whilst paddling counter-currents on its way. Yet after taking a closer look, this claim might be open for some interpretation.

Namely, despite all its rhetoric and campaigning against immigration, the government of Orbán, in all secrecy, accepted some 1.300 refugees in the year of 2017. Consequently, a great deal of ire and confusion has arisen within the parliament and among the citizens, boosting the belief that the anti-immigration rhetoric has been nothing but a game strategy by the power-holding, pursuing re-inauguration in the April elections.

On a similar note, the recent suspension of Orbán’s own-initiated Residency Bond programme, which has been in effect ever since June 2013, speaks of a similar story. Namely up until March 2017, it was possible for any foreigner to purchase a Hungarian citizenship for a refundable EUR 300.000 investment. Because this programme was believed to attract first and foremost rich ‘Westerners’, a tide of controversy arose, when it leaked to the public that the government had been advertising the programme also in Africa and China. A temporary shut-down of the programme followed, yet, no law was passed to eradicate the system signalling that at any given time it might be re-introduced.

These names are just a handful of the multitude of websites which provide services in relation to investment migration: a market in which an economic donation gets traded for a gateway to citizenship or a residence permit. Most of these websites are data banks that collect information on where, how, and how much to invest and what are the particular benefits in acquiring the residency of a specific country.

The following is the information provided on the Netherlands on investmentmigration.org:

“Applicants gain residence if at least EUR 1,250,000 are deposited in a bank in Netherlands or are invested into a company that is an innovative company, a contractual joint venture that invests in one or more innovative companies, a venture fund recognised by the Dutch Minister of Economic Affairs, or a venture capital fund affiliated to the Nederlandse Vereniging van Participatiemaatschappijen (NVP).”

The map above is uncanny as it represents the vastness of the phenomenon in Europe. In a similar way to the case of Hungary, many of these countries have in recent years become increasingly skeptical and strict in their on-paper immigration, and more vitally, refugee policies. What is evident however is that simultaneously investment migration has propagated world-wide making the separation between wanted and unwanted free movement unmistakable.

Remarkably this development brings us face to face with the interesting notion of the “Perpetual Traveler” or the “Flag Theory”. The latter term was coined by Harry D Schultz, an American investment pundit describing his utopia of cosmopolitanism – the investment-style. The idea is that a person should plant their ‘flags’ not only in one country but all around the world. Namely, this way the person may avoid unnecessary civic duties, tax-payments and other restrictions affecting their ‘freedom’. According to this thought-pattern, freedom is the equivalent of omitting state scrutiny over personal and financial affairs – hence no wonder why this thinking is promulgated among people investing for example in off-shore financial services.

Segregation based on race and wealth

Nationality is a game of lottery with clear winners and losers. As elaborated in Kuchenov’s work, possession of a passport of high-quality generally translates into improved life expectancy, superior education as well as a better quality of opportunities encountered. As we can induce from increasingly expanding investment migration, states are more and more willing to risk their cultural coherence in return for financially prospective citizens.

This thinking is mirrored in other immigration questions as well. For example, according to research conducted by Rob Ford in the United Kingdom, the positive reception of refugees is only to a limited degree dictated by their ethnic background but increasingly determined by the level of their skills. In the categories of ‘low’ skill sets, preferences to a certain ethnicity in the UK persisted, whereas it became irrelevant in relation to immigrants with ‘high’ skill sets. In other words: the economic potential rather than the origin of a person can sometimes become a more decisive factor in the way they are received by their new society.

At first this development would seem to bring with it a notion of positivity: namely a potential to decrease racial prejudice and remove hierarchies of ethnic superiority and inferiority. However, the example of Hungary brings out the downside of the trend: the presumed rightfulness of segregating groups of people based on their financial status. In Hungary policies of double-standard have been implemented which systematically demonize a type of immigration which does not bring an immediately substantive contribution to the local economy.

The Flag Theory bears more resemblance to the historical segregation based on ethnicity than it would seem in the first instance. Both are based on an assumption of justness: the notion that there is an inherent quality to a person which makes their prosperity seem like a personal achievement. Whereas the white man’s burden was seen as the ‘responsibility’ of the ‘Westerners’ to educate the uncivilized societies due to their superior racial status, the rich man’s burden is the right to arraign the poor for not rising out of poverty.

What both of these approaches systematically neglect is the structural formation of the game which keeps dealing the better cards for the other end of the table. The passport is the game set-up which lets some skip ahead three steps to begin with.

And what about the most privileged players? They do not even participate since they were the ones dictating the rules and now own all of the game supplies.