Will These Bullets Alter Brazil’s Future? 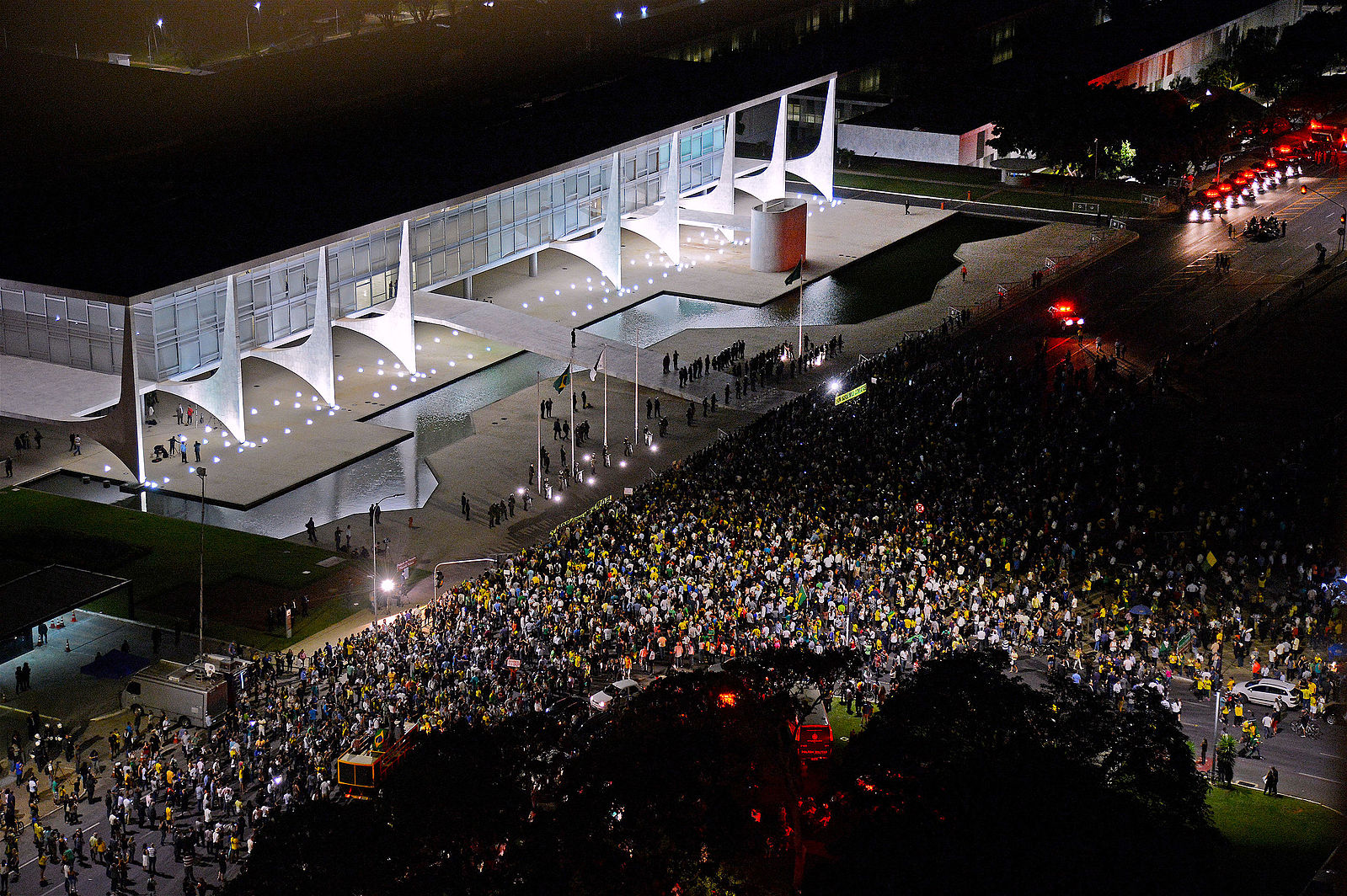 Cars were driving on one of Rio de Janeiro’s busy main streets. It was a regular day until one car pulled up to another. Nine shots rang. Four found their target. Three killed the driver. Two people died. One country was left speechless – but then its people took to the streets.

After the killing of Marielle Franco, a prominent left-wing politician,on March 14, Rio is de Janeiro is witnessing turbulent times. Thousands of people took to the streets to express their grief and anger at the loss of the young politician. Being in the crossfire of rivaling gangs in the city, Franco’s death appeared to be a wrong place-wrong time scenario, but it soon became clear that her death was an orchestrated assassination.

She and her driver were fatally shot, while her press advisor survived the attack. The bullets were of a batch made for police officers. According to the minister for public security, they were stolen from a post office. Why she was killed is not clear yet, but many claim her political work to have had an influence. Prior to her killing, she had tweeted about the police violence and condemned the death of a young man in the favelas due to police violence. Some suspect this might have triggered her assassination. The findings indeed point to a planned execution.The question as to who it might have been remains unanswered.

The culprit has not been found and it is doubtful, that there will be someone openly accused of killing her. The hit-and-run maneuver makes it hard to point the killing to a specific person or even group. Everyone has their own ideas who it might have been, and the people on the streets are convinced that it was a plot by the police to quiet her while fellow politicians claim that it was the gang violence in the favelas and a cross-fire that took her life.

Franco was a human rights councilor. She grew up in one of Rio’s many favelas, which house over a quarter of the population of the city. They are the parts of the city where most, if not all, of the territory is run by gangs. The state has lost control over them for quite some time now and those in charge are drug dealers and the gangs they run. Violence and crimes are the every-day business while the so-called soldiers of the gangs patrol the streets openly with their weapons. They do so in plain sight of the police who does not dare intervene – or colludes with them and has their own gang set up.

The crimes in the favela have been the topic of the national and international press often, and it paints a picture that Brazil wants to erase or at the very least ignore. The problems in the favelas however have been ignored for a long time and this has now peaked in the death of the young politician trying to give a better life to her former neighbours and fight for a fairer treatment of the favelas.
Her active political stance was a thorn in the side of many. The simple people in the favelas liked her, the gang leaders feared for their shrinking influence. She had new, modern ideas which also threatened the ideas and work of the older politicians who have mostly given up on battling the crimes in the favelas. She stood for the new generation in Brazil that is now taking a political stance. Young and independent, these rising politicians are a counter-concept to the elderly men occupating the offices.

Franco was young, driven, a single mother, and living openly in a gay relationship – she was everything that the political system in Brazil is not.
She was fighting for the people in the favelas and their dream to live without having to fear being struck down by the police unsuspectingly. Some of her main concerns were police violence and the open collusion of the officers with the gang leaders. Her goals were ambitious and the fight for her cause gained her many enemies, but also supporters and friends. Thousands mourned her death (and the death of her driver, who was also assassinated). She is not the only one who has been murdered for being politically involved. Many activists, journalists and politicians before her have been killed.

She stood for more than that just the fight against violence on Rio’s streets, however.

The current political situation in Brazil is adding to the anger of the thousands taking to the streets to mourn Franco’s death. President Temer is not very popular and his involvement in the impeachment of Dilma Rousseff added to that unpopularity. His policies are made for the rich on the back of the poor: Cutting back on help for those who need it most, allowing military force in the favelas and doing the bare minimum to stop the corruption within the police corps. Right now, Brazil is stuck between two evils: gangs and corrupt authority. Many hope that Franco’s death is the needed catalyst for change, yet new leaders need to emerge that continue her fight for a brighter future for Brazil.