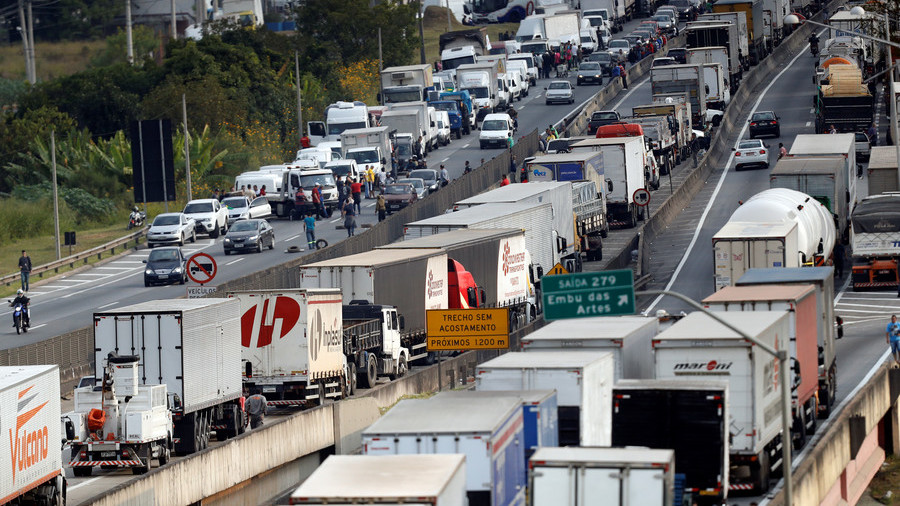 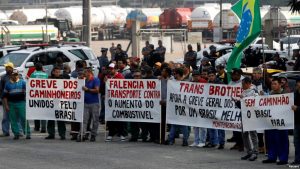 In Brasilia, the capital of Brazil, life is standing still. Since over a week, the main highway is blocked by countless trucks. Hundreds of uniform-looking school busses drive past, horns blaring in an unorchestrated concert.

The vehicles are adorned with Brazilian flags, spray-painted in the national colours and wallpapered in protest-signs. “Stop the thieving” is one of the most common slogans. It appears in many forms and formulations, but the main message stays the same.

Initially, the truckers were protesting against the skyrocketing fuel prices. This resulted in a severe shortage of oil in general and fuel in particular. The schools in the country remain closed and flights are cancelled. Some of the Senate members flew home before they could not take the plane anymore – and faced an immense backlash that forced most of them to return to Brasilia.

In Brasilia, the situation is worsening. The reasons for the high fuel prices have two main roots.

First, the former government had implemented an all-time low price for fuel – in essence a subsidy. The providing firm would not be able to raise the price over a certain level and the whole of the country would receive low-priced fuel, no matter the developments on the world market. After Dilma Rousseff was impeached and conservative Michel Temer took over, these policies were overturned. Soon enough, the prices climbed, not drastically at first, but then increasingly faster in a shorter period of time.

Another reason is the fast devaluation of the Brazilian real against the US dollar lately. All prices are currently increasing, but for none it is as drastic as for the fuel.

Most goods in Brazil transported from one place to another are transported by truckers. They are the ones who feel the high prices the most. Now, they have found their strength: all Brazilians depends on them to move their goods, and if they just stop doing so, then the economy faces a severe downturn.

Economists are already warning that Brazil’s development might have a dent this year because of the strikes.

The truckers, however, enraged over the no longer existing price ceiling, are now blaming the politicians. “Stop the thieving” they wrote on their trucks. By which they essentially mean is stop the corruption. After impeaching Dilma Rousseff over corruption claims, the current president Temer has also faced his share of corruption scandals. The population is blaming the politicians of letting the money flow into their own pockets and making deals with outside companies which only benefit them and not the people who voted for them.

The truckers are calling out the political games and have earned the people’s support. The government has sent the military. However, even they could not do anything against the thousands of trucks and truckers blocking the highway. When Temer realized that he could not win against them using force, he caved.

Offering a ten-percent price reduction over the next sixty days and talks with representatives, he had hoped to finally end the strike.

The truckers refused; they did not accept the offers, because they want the old prices and price ceilings back. They feel as if they have to pay the bill for the shenanigans of the politicians and are not willing to back down anymore.

The protests are still carrying on, the truckers not giving in. They know that they can put the government under pressure by threatening to harm the economy and they are using this to its full potential.