G7: An Unconventional View of Diplomacy in the Big Picture 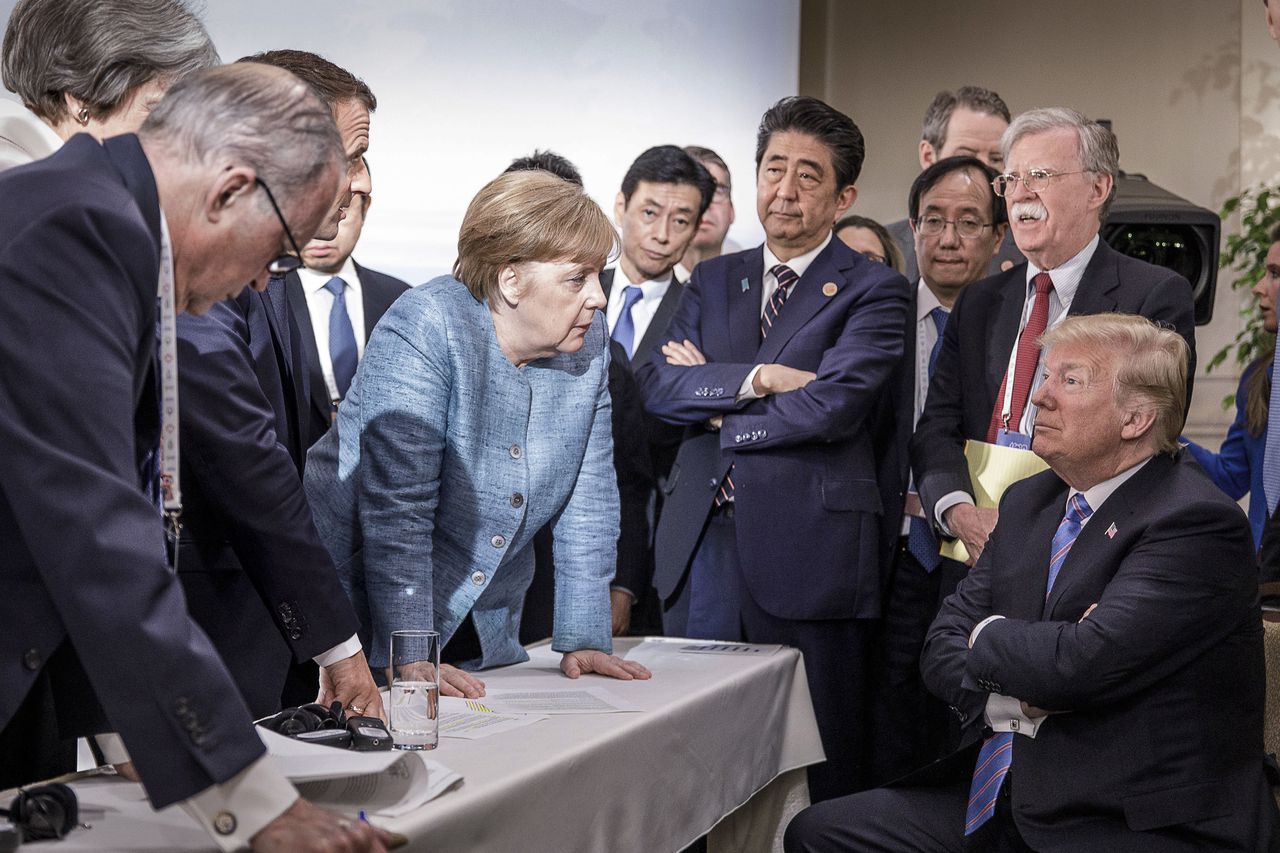 The practice of diplomacy is generally seen as the alternative to the practice of war. More significantly, where diplomacy fails, war will logically follow. For, as military theorist Carl von Clausewitz famously defined in the early nineteenth century already, “War is the continuation of politics by other means.” Therefore, politics precedes war, and politics is ought to prevent the outbreak of war. War would only be necessary if non-violent means are not adequately capable of achieving the goal one strives for in politics. Politics on the international level is not only seen as the alternative to war, but also as the opposite of war. Politics on the international level is conducted through diplomacy. Diplomacy is about looking for agreement, war is about looking for superiority. Reporters of summits take pictures of superficial smiles, friendly hand-shaking and meticulous agreements, reporters of conflicts take pictures of crying innocents, dismembered bodies and chaotic battlefields.

If diplomacy and war are both alternatives and opposites, then the picture taken by Jesco Denzel, a German government photographer, certainly provides an interesting case. The scene displayed on the picture, taken at the 44thG7 summit held on 8-9 June in Canada, is most definitely a display of diplomacy, but it does not contain any smiles, hand-shaking or agreements. Rather, it shows a fierce discussion between German chancellor Angela Merkel and US president Donald Trump, as well as a discussion between Trump’s security advisor John Bolton and French president Emmanuel Marcon, cross-lining Merkel and Trump’s interaction. In order to understand such a picture, it might be more beneficial to take another approach to the relationship between diplomacy and war. Zhou Enlai, China’s foreign minister under Mao’s rule, realised that while war might be a continuation of politics, “all diplomacy is a continuation of war by other means.” According to his view, diplomacy does not seek to prevent war, but it is a mere supplement to it. Diplomacy is just another means to achieve the goal one strives for in war. It is a very realist view of international relations, in the sense that Zhou expects countries to negotiate in their interest and in their interest only. But Zhou takes the realist thought one step further: the international system is in essence continuous conflict without physical violence. The negotiators at the G7 are, according to this view and in accordance with the picture, not looking for agreement, but for superiority.

All diplomacy is a continuation of war by other means.

The context of the photo that depicts this confrontational diplomacy shows that the 2018 G7 summit was indeed a summit where bids for superiority dominated efforts to find agreement. In the most literal sense, no common statement was issued after the G7 summit, the first time since the G7’s foundation in 1973. This was mostly brought about by the efforts of president Trump, who in the runup to the summit repeatedly called for a readmission of the Russian Federation. Russia was expelled from what was then the G8 when it annexed the Crimea in 2014, and except for the United States no country is planning to give Russia back its seat. Next to the Russian question, the summit was dominated by a historic downturn in American-Canadian relations, as Canadian prime minister Justin Trudeau denounced American tariffs on Canadian steel a few days before the summit.

The iconic picture depicts yet another issue of contention, namely president Trump’s announcement that the United States would no longer disproportionally contribute to the global economy. Merkel leans toward Trump, urging him to reconsider. Trump, with his hands crossed as a child who tries to play innocent, remains stubborn and does not give in. Eventually the G7 was considered a failure by most countries, and it was a diplomatic failure because no agreement for a joint statement was reached. For the United States the summit was a success, nevertheless: Trump asserted his dominance by forming the centre of attention in a literal sense, with everyone gathering around him. The United States has bluntly shown that it does not need its traditional allies. It is only telling that Trump left the summit early to meet with North Korean dictator Kim Jong-un. Diplomacy does not only know mutual benefit as is generally expected, but that it can be a zero-sum game at times. The 2018 G7 summit can be understood in this sense, with the US benefiting where other countries lose.