What do we know about AKK’s Europe? 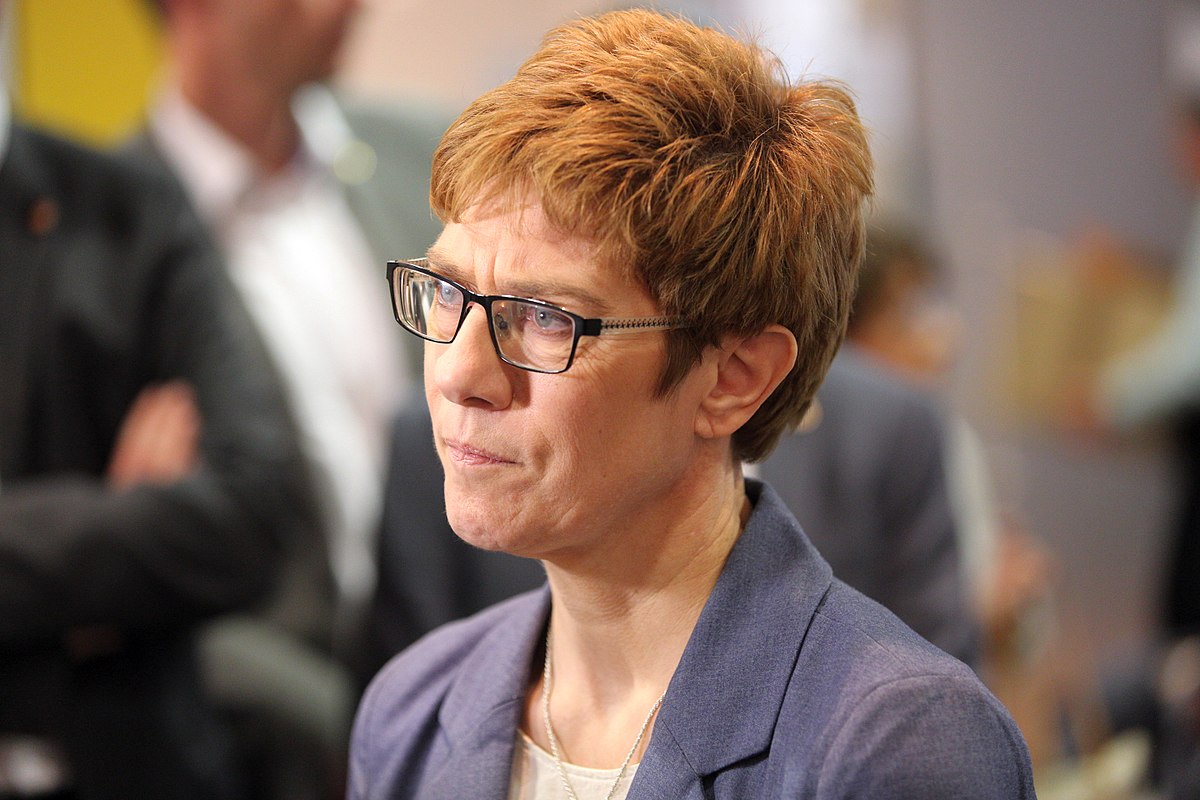 Annegret-Kramp Karrenbauer, or AKK for short, is likely to soon become Europe’s most important leader. She will be running as Spitzenkandidate for the Christian Democratic Party (CDU), succeeding Angela Merkel, who has been in power since 2005. Merkel will depart from power at the latest in 2021. When the former president of the smallest federal state in Germany, Saarland, ran for internal elections in the Christian Democratic Party, she was hailed as a ‘mini-Merkel’. Over the past few months, she has had the opportunity to carve out her own image seperate from her predecessor What do we know now about AKK’s future European policy, if she were elected as chancellor?

When the French president Emmanuel Macron issues an op-ed in several European newspapers, he gave a fiery plea for more European integration and ambitious progressive aims. Although Germany is a naturally pro-European country, the CDU is still a conservative party. They are still a bit more hesitant when it comes to Europe compared to Macron. In her response to the French president, AKK made clear that she too pleads for “a stronger Europe”, and suggested several projects that could deepen European integration.

Two big caveats. One: her op-ed was mostly filled with unspecific hollow phrases. “The world is in flux” she says “and Europe is faced with a choice. Mine is clear: we must now make Europe right.” Making Europe ‘right’ is barely specified (and very few people would disagree with the general proposition). Her comments move little beyond hollow phrases and only proposes some concrete projects, such as strengthening the external borders of Europe and having a more coordinated European foreign policy.

2. but not at Macrons speed.

Whereas Macron flirts with and dreams of a federal Europe, AKK is much more hesitant. “A new Europe cannot be founded without the nation states: they provide democratic legitimacy and identification.” She acknowledges Europe is built on two principles, a supranational one and an intergovernmental one. The second principle, which involves retaining power in the national capitals instead of Brussels, clearly seems to have her preference. AKK has made it clear to Macron that Europe needs to slow down rather than speed up. Besides that, she has made it very clear that the European Parliament in Strasbourg ought to close up shop, something the French president is unlikely to appreciate and was never made as explicit by Merkel.

3. She accepts German responsibility for Europe.

“All we do, also in a national context” she recently told party members as she referred to migration policy “has direct consequences on the discussions in other European states.” In an internal party crisis last summer, Merkel too maintained that Germany cannot pursue its own separate migration policy, without putting at risk European unity. Her political heir seems to follow this line of thinking. Germany needs a strong European protective shield and should not put that shield at risk for the sake of domestic politics.

4. She strives for a global Europe,

The future of the EU must not be decided upon by strategic decisions in Washington and Bejing. The EU must stand up for “the European way of life” and be proud that so many people in the world are envious at European standards of living and democracy. She recognises the need for transatlantic cooperation but emphasises the need to ‘become more European.’

5. but does not offer a clear pathway there.

Although much of AKK’s view on Europe is a reiteration of what Merkel has said, some new aspects are introduced. The EU should eventually hold a seat on the UN Security Council and in order to combat radical Islam, the EU should focus on facilitating a new European branch of Islam, compatible with European values. In order to achieve that, AKK wants to subsidise Imams that emphasise enlightenment values.

When it comes to Europe, AKK offers no clear route and only some destinations. The Euro which desperately needs restructuring in order to avoid a new crisis, has not been discussed extensively by Merkel’s heir. Her appreciation of symbolism should also not be underestimated. She wants the EU to purchase an aircraft carrier to show the world its global unity. No rigorous policy change or institutional reform but a single aircraft carrier. Surely, the world would be very impressed.