A Prudent People with a Grand Legacy: The Suruí Struggle Against Deforestation in the Amazon 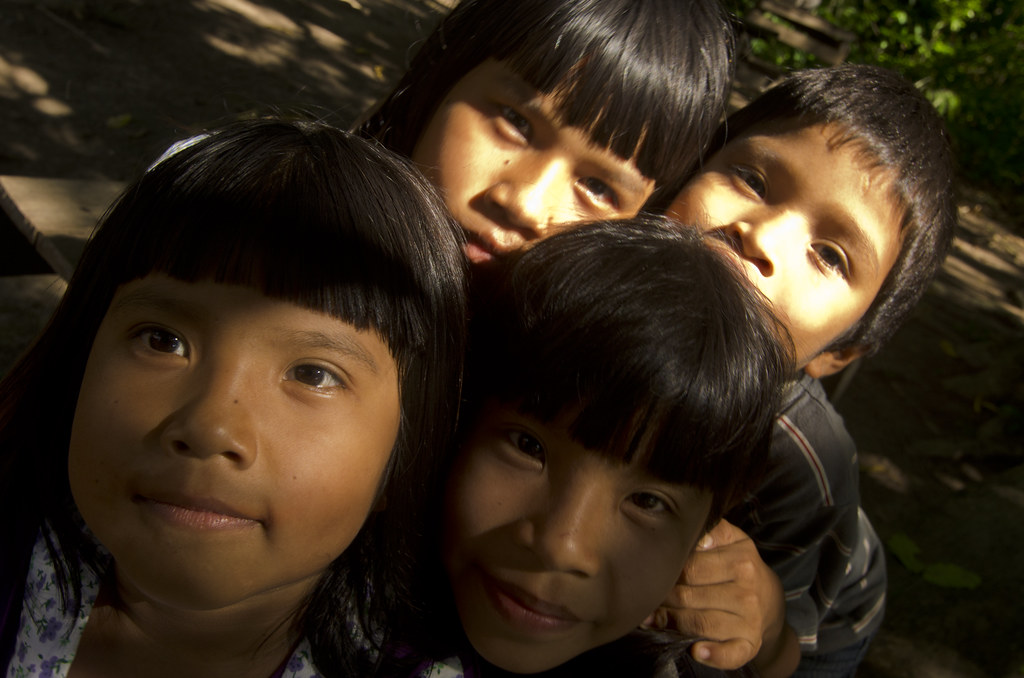 Fifteen thousand years ago, at the conclusion of the last ice age, the ancestors of Almir Narayamoga Suruí’s tribe settled in the Amazon basin, having traversed thousands of kilometres across continents from their speculated East Asian point of origin.  Undisturbed, the Suruí, who denote themselves as Paíter, practiced subsistence and symbiosis with nature until their territory, meanwhile incorporated into the Brazilian state of Rondônia, appeared in the way of highway construction and westward expansion of cattle herders and agribusinesses. It was the seventh of September 1969, and the Suruí nearly perished when exposure to disease brought their population down from 5000 to 300 in under a decade. When they achieved recognition by the Brazilian State in 1983, the tribe secured a 2,600 square kilometre section of the woodland, named eponymously after the date of first Suruí contact with the outside world.

The Amazon rainforest’s importance to the global climate needs little introduction. Annually, it recycles 20% of the world’s oxygen, while absorbing carbon dioxide emissions of 430 million cars. The forest ecosystem also plays a pivotal role in the western hemisphere’s weather pattern generation. Yet as of today, 20% of the precious region has succumbed to logging, mining and agriculture. In Rondônia, Brazil’s most deforested state, Seventh of September forms a lush oasis the size of Luxembourg amongst plains that a hundred years ago constituted the floor of a thriving rainforest biome. Its persistence is no accident. A prudent people, the Suruí maintain a grand legacy – under Chief Almir’s guidance, the Amerindian culture embraced technological advancement to combat illicit logging, playing an unconventional role in limiting the exacerbation of one factor contributing to climate change. To preserve natural heritage, the Suruí partnered with an actor they call ragogmakan – a messenger – an actor known to us, rather more habitually, as Google.

In 2007, while co-operating with the Amazon Conservation Team, Chief Almir shifted the Suruí cause abroad, visiting a range of global centres in order to raise awareness of Amazonian deforestation, its impacts upon climate change and the challenges faced by his people due to natural degradation. The retaliations the Suruí face were not missing from the agenda either. Indeed, mobilisation came at a cost – Chief Almir himself had a bounty placed on his person because of his activism. In this context, he visited Google’s California headquarters, proposing a partnership to the head of its Earth division, Rebecca Moore. The proposal succeeded – Google Earth now regularly supplies the Suruí with satellite imagery of their territory, allowing for logging intrusions and illegal mining operations to be identified. The idea has had a pronounced outreach – Brazil’s 472 legally recognized indigenous grounds are precisely mapped on the platform, while the collaboration now spans 57 Amazonian tribes. In 2018, the Suruí-Google collaboration achieved a nearly real-time alerting to forest damage, thanks to ongoing satellite monitoring and the input of non-governmental organizations and volunteers, combined with Google technology assisted fieldwork and surveying by the tribes themselves. Thus, as outlined by Moore, both Google and the tribes gain the complete picture, facilitating timely reporting to the authorities. Confronting the challenges of illegal resource exploitation, technological advancement and Amerindian tribal culture have formed a partnership to advance a common cause, contributing to the mitigation of a substantial climate change factor. Such partnership stands in stark contrast to the consequences of the Suruí’s first encounter with technology in 1969.

Though modest in size, the Suruí are a prudent people indeed, for their legacy should serve if not as a model, then as an inspiration for indigenous groups and environmental policymakers alike. Climate change as a process is inevitable, and indigenous communities will be the first to face the consequences of a transforming natural world, whether innate or induced by humans. Perhaps ironically, a different form of harmony, one which sees nature as a common protectee rather than a partner, may be the solution to the struggle of the Suruí and beyond. Here, the following words of Chief Almir emerge nearly prophetic: “Scientific knowledge, political actions, the commitment of the judiciary, the correct application of public and corporate resources and the individual attitude of each person need to be put to the benefit of life, and for this we call for a joint reflection in the hope that future days are still possible for us all.” Let us hope such words do not fall on deaf ears, for the grand legacy of the Suruí is worth listening to, with urgency. Should such words not materialize soon, there may no longer be a voice to articulate them, nor a ragogmakan to facilitate them, nor a rainforest, nor a climate, nor a society as we know it.

To discover more about the achievements and domestic challenges faced by the Suruí in their struggle against Amazonian deforestation, as well as the importance of native tribal activism in confronting the consequences of climate change, be sure to pick up ‘Climate Changed.’, the latest edition of Checks & Balances, at the Clio attic. Alternatively, you can contact us via Facebook or email for more information.