From declassification to decriminalization: the long road to LGBT equality in India 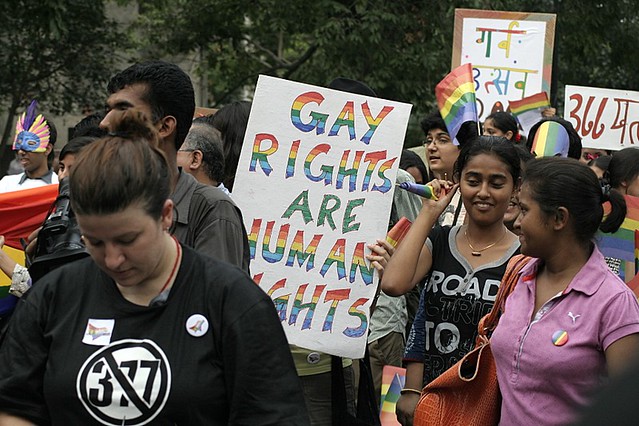 In September 2018, LGBT people in India celebrated after the country’s Supreme Court unanimously struck down a colonial-era ban on gay intimacy. This judgment legalized the sex lives of an estimated 104 million Indians. It was an important moment for LGBT rights that not only reversed a relic of British oppression but also ordered that LGBT Indians be accorded all the protections of their constitution. “History owes an apology to the members of this community and their families for the ignominy and ostracism that they have suffered through the centuries. The members of this community were compelled to live a life full of fear of reprisal and persecution.” With these words, Justice Indu Malhotra, one of the judges of the Indian supreme court, held that section 377 of the penal code, which criminalizes consensual sexual acts between adults of the same sex, was unconstitutional. The reverberations of the decision, on sheer numbers, perhaps the largest single act of gay liberation ever, are still rippling across a vast, diverse and conservative country. This was a welcome victory, but it does not necessarily mean that LGBT people in India are fully free or perceived as equal among their fellow citizens—and it underscores how much work remains to be done in the rest of the world to overturn antiquated and repressive anti-gay laws.

The lingering fear reflects the fact that Indian society does a better job of policing its gay members than law enforcement ever did. Violating India’s ban on homosexual acts was punishable by up to 10 years in prison. But fewer than 200 LGBT people were ever prosecuted for violating the law. Its real impact, according to reports by human rights groups, was to embolden police and others to extort and abuse gay people, knowing most would be reluctant to seek help from a government that regarded them as criminals. That stigma still endures. “In India, it is a case of ethics,” says Sanjay Paswan, a member of the Bihar state council and former Indian federal minister who opposed the decision to lift the gay ban. “Gay people are suffering from some psychological weakness or problem or trauma. There are very few of them in India. I don’t think any lesbians are here.”

Far away from gay pride parades, corporate initiatives, meet-ups and heated discussions on Twitter, families in rural India have their own ways of dealing with LGBT individuals. In some parts, lesbian women are subjected to family-sanctioned corrective punishements, which are often perpetrated by their own family members. Vyjayanti Mogli, a transwoman LGBT activist and public policy scholar at Tata Institute of Social Sciences, Hyderabad, who has openly spoken about her abuse at school, says that lesbian women and transmen in rural areas end up at the bottom of the hierarchy when it comes to basic human rights within the unit of family and village. They believe it will take a long time to change regressive attitudes towards them. Throughout history, rural spaces have held multiple meanings and served various functions for queer individuals and communities, ranging from sites for political organizing or sanctuaryto sites of repression and violence for LGBT individuals. Many popular representations of rurality as well as anti-LGBT discourse citing “protecting rural values” suggest these communities intrinsically place a heightened value on “traditional moral standards.” Thus, communities in rural areas are associated with a lower tolerance for difference compared to urban environments. Some queer-identified individuals living in rural areas do experience antagonism, oppression, and violence matching the stereotypical representation of what it means to be queer in a rural community.

There is little doubt that in the short term, the decriminalization of homo sexual relations will stifle India’s LGBT movement and keep many Indians from venturing any further out of the closet. But in the longer term, Indians on the sexual margins have reasons for hope. The country’s current population includes 315 million people who are between the ages of ten and 24. By 2020, India will be the youngest nation in the world, with an average age of 29 (compared with 37 in China and the United States, 45 in parts of Europe, and 48 in Japan). Given the far greater acceptance of homosexuality and LGBT people among young Indians and the ongoing liberalization of Indian sexual mores, the ruling on Section 377 is more likely the death rattle of India’s old sexual politics than a herald of new sexual repressiveness.