The Hard Reality of a Hard Border: Significance of a No-deal Brexit for Northern Ireland 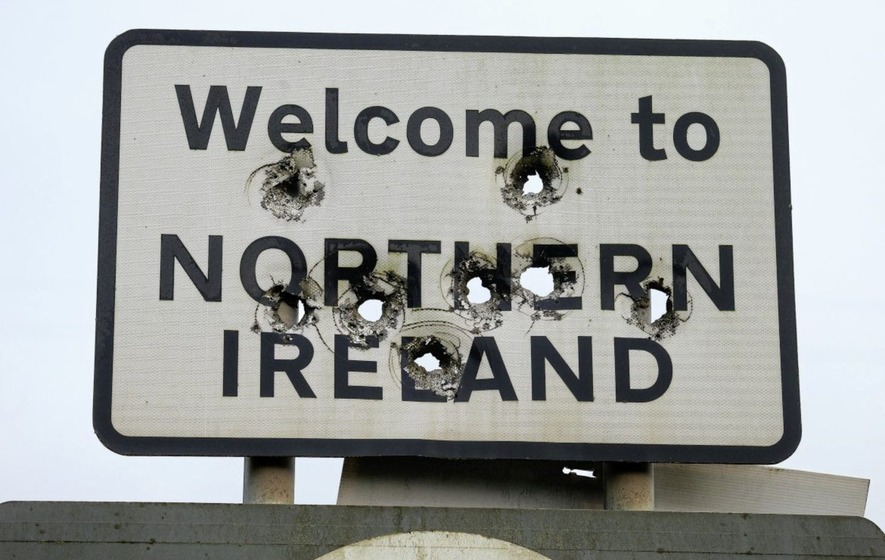 Following the June 2016 referendum, rarely a day has passed when Brexit has not been of central discussion in the news. The referendum was predominately fueled by concerns about immigration, the economy and loss of British sovereignty. However, one significant factor was largely absent from the rhetoric of the leave campaign: Northern Ireland. This quickly changed and the uncertainty surrounding the Irish border has now transformed into one of the largest obstacles facing Westminster during Brexit negotiations with the European Union.

Although phrases such as the ‘Irish back-stop’ or the ‘Irish question’ are prevalent in the media, there seems to be little understanding when it comes the significance of a hard border in Northern Ireland. Many are confused as to how a hard border would impact the highly sensitive peace process and potentially undermine the Good Friday Agreement of 1998. In order to fully understand the negative consequences of a no-deal Brexit for the area it is important to firstly understand Northern Ireland’s turbulent history.

Following the War of Independence, Ireland was partitioned in 1921. The 26 counties in the south received dominion status (achieving full independence in 1949), and the six counties compromising of Northern Ireland remained within the union. Northern Ireland was a deeply divided society between the Catholic and Protestant populations. The Catholics identified strongly with the Nationalists who wanted a united Ireland. The Protestants made up a large portion of the Unionist population who wanted to maintain the union with Britain.  These tensions were heightened by the imbalance of power between the two groups. The Unionists held the majority of power in government and also dominated the police force. The Catholic populations were largely discriminated against with regards to jobs, education and voting rights. This led the Catholics to begin a civil rights movement in the 1960s, demanding equal rights between both groups.

Although the movement was intended to be peaceful, violence erupted and British troops were deployed into Northern Ireland in response. Paramilitary groups were heavily involved in the violence. The British military attacked the Provisional Irish Republican Army (IRA) and the loyalist militias (loyal to Britain) called the Ulster Volunteer Force (UVF) were also formed. The Irish border became a battleground – in the symbolic and physical sense of the word – during this time. In order to prevent civilians and IRA members from crossing, there were watch towers, checkpoints and armed soldiers. The violence, accurately and rather euphemistically labelled ‘the Troubles’, persisted for decades and claimed close to 3,600 lives.

The conflict within the region ended with the signing of the Good Friday Agreement in 1998. The act tried to resolve the constitutional debate by stating that Northern Ireland would remain within the union unless there was consent for a united Ireland from the majority in both jurisdictions of the island. The agreement also resulted in the reduction of British military presence and the requirement of both paramilitary groups to decommission their weapons and declare a ceasefire. This truce enabled the establishment of a power-sharing executive in Stormont, which ensured that both communities were represented in policymaking.

A fundamental component of the agreement comprised of enhanced cooperation between the north and south of Ireland. During ‘the Troubles’, the border was heavily militarized and partition was strongly enforced. The European Union played an important role in resolving this impassé. Both the UK and Ireland are members of the EU, which made the fragile peace more viable as it increased communication and connections between parties, whilst also removing many physical, economic and psychological barriers. Eventually, the strict boundary that had been so strongly enforced for decades was almost invisible.

Although the peace deal was a significant step forward, it would be inaccurate to say that it erased the deeply consolidated fractures in Northern Irish society. Brexit now poses a huge threat to this fragile peace. As the deadline of October 31st looms, it is still unclear as to whether the UK will leave with a deal. The likelihood of a no-deal Brexit, accompanied by a hard border, remains strong. If a hard border were to be reinforced, history is likely to repeat itself with the checkpoints and border posts becoming a site for potential violence and terrorism. In addition, a core part of the Good Friday Agreement was to relieve people from identity politics, as it recognized the existence of both Nationalist and Unionist views. Brexit has destabilized this political situation by forcing people to choose a side between British and Irish governments. In short, it has ignited the old polarization within Northern Irish society. As time quickly runs out for the British government to secure a deal, it remains to be seen if the years of compromise are to be undone, and whether Northern Ireland will return to the difficult times of ‘the Troubles’.