A Unique Conservative-Green Coalition in Austria: An Example for Others? 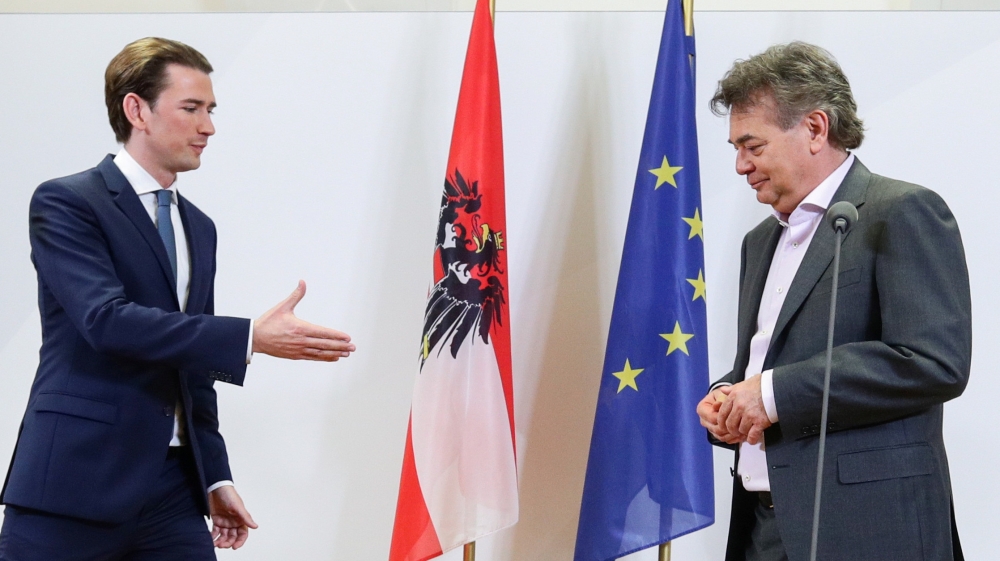 Something exceptional has happened in Austrian politics: the conservative Austrian People’s Party (ÖVP) of Sebastian Kurz has formed a coalition with the Green party. This is the result of negotiations between the ÖVP and several smaller parties in search for a coalition partner to form a majority following the elections of September 2019. The decision to govern with the Greens means a swing to the left for the Austrian government, which previously consisted of Kurz’s People Party and the far-right Freedom Party (FPÖ). If the congress of the Green party endorses the coalition agreement on Saturday, as is expected, it will be the first time the Greens serve in the government. The coalition is then expected to take office on January 7th. It will mean a continuation of chancellorship for Sebastian Kurz, one of the youngest leaders in the world.

The elections in September were a consequence of the motion of no-confidence for the government, the then-coalition being Kurz’s ÖVP and the FPÖ, in May. A corruption scandal, named “Ibiza-gate,” incited the vote of no-confidence: secret recordings became public in which the former vice-chancellor and leader of the Freedom Party appeared to offer government contracts to a woman pretending to be the niece of a Russian oligarch. The ÖVP remained relatively unscathed in comparison to the prior elections in 2017. The Freedom Party, however, did not. They lost a significant part of the support they obtained in years prior. Notably, the Greens received 13,9% of the votes, in comparison to 4% in 2017.

The future coalition parties are based on completely different foundations. Positions on certain matters can diverge enormously, which may call for painful compromises on both ends. It will be challenging for Kurz to balance his interests. On the one hand, he wants to stick to his party’s resolute, and sometimes controversial, views on migration and taxes to retain the support of his voters, and on the other hand, he wishes to remain on good terms with his coalition partner. For the Greens, it is crucial to not become overshadowed by the ÖVP, a party much larger than they are, which is why they come with sharp demands. One of those being more than only one minister in a position related to climate.

The ministerial offices have been divided based on the priorities both have, according to Kurz. The ministers of the Greens will become responsible for environment, law enforcement, culture, sports and social issues. Those in control of the ÖVP will include domestic affairs, foreign affairs and finance. Both parties acknowledge that they have considerable differences, which is why they want to focus mainly on their own topics and not interfere with those of the other too much. The ÖVP will focus on integration and migration, make a case for tax relief, and try to reduce the national debt. The Green party will mainly be concerned with climate, energy and innovation. The leader of the green party and probable future vice-chancellor, Werner Kogler, wants Austria to become one of the European leaders on the field of climate change issues. He is optimistic, saying that the coalition has already agreed on more than was previously imagined. Apart from environment-related measures, Kogler emphasizes the fact that the Green party desires greater transparency within the Austrian government.

Not everyone within the Greens is enthusiastic about working with a man who helped the far-right to power. Additionally, the ÖVP’s standpoint on migration is a sensitive topic. However, there is also a lot of optimism. In other European countries, similar developments can be observed. As a consequence of a growing concern about climate change, Green parties gain more support and sometimes govern, such as in Scandinavia. And as not only Green parties, but also far-right parties gain increasingly more votes in several countries in Europe, Austria can be considered a source of inspiration.