Trump’s Acquittal: The End of a Story or The Beginning of a New Chapter? 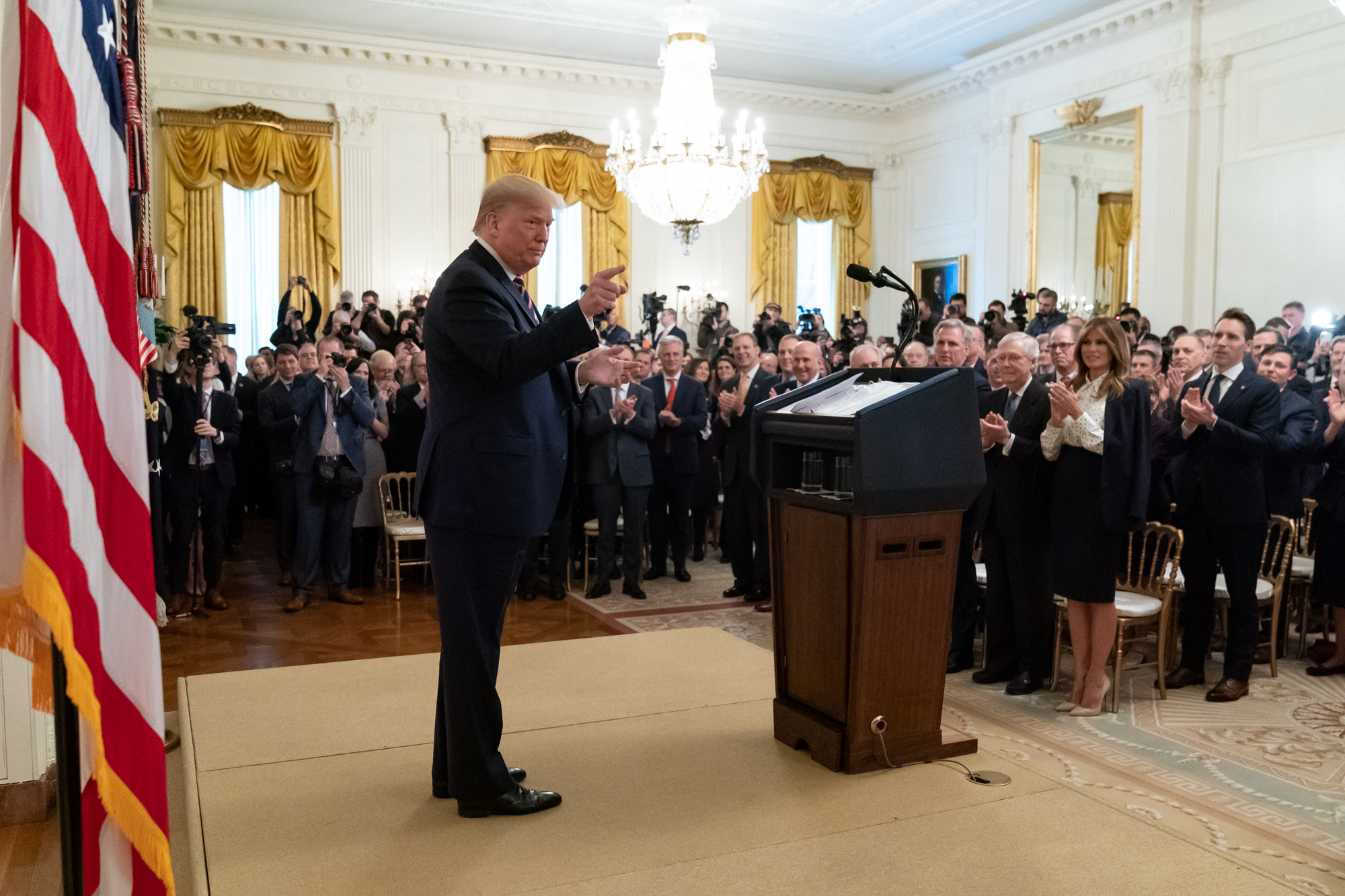 Donald Trump has been cleared by senators after his impeachment trial. This marks the end of only the third presidential trial in American history. However, this does not mean the end of the story. Apart from the fact that the investigations split the country and tested civic norms, the impeachment investigations possibly have serious implications for the next presidential elections.

‘Very dishonest and corrupt people,’ that is how President Trump referred to his political opponents last Thursday, January 6th, while speaking at the National Prayer Breakfast: an event traditionally intended for personal connection despite party differences. This year, however, that idealistic goal may not have entirely been achieved. During the annual event, President Trump held up a copy of a newspaper, with a headline saying, ‘Trump acquitted’, giving the event a political taste. He took veiled shots at senator Mitt Romney of Utah, the only Republican senator who voted in favour of the president’s removal, and Nancy Pelosi, the House Speaker. This political strategy of polarization adopted by Trump is starkly in contrast to the reaction former president Bill Clinton gave after his impeachment acquittal, which was an apology and a call for reconcilement.

Not only Trump, but also the Democrats try to use the impeachment in the presidential race. Joe Biden, former Vice President, targeted Trump, saying that he could not ‘imagine being President of the United States and having all one party plus someone from your own party vote to say you should be thrown out of office and view that as a victory’. Investigations on one of the main reasons for the impeachment, whether or not Trump exercised pressure on Ukraine to start a corruption investigation on presidential candidate Joe Biden, will continue in the House of Representatives, as this was never really refuted by Trump’s impeachment trial defense team. This part of the impeachment also had an influence on, and may have damaged, the presidential campaign of Biden. Biden’s relation to Ukraine is through his son, who was suspected of engaging in misconduct in Ukraine. There is no found evidence to prove that, but that may not matter. Prior this week, Joe Biden ended up in a disappointing fourth place in the Iowa caucus.

Whether the strategic use of the impeachment procedure will attract voters, in the face of the upcoming presidential elections in November, will remain to be seen. According to polls, the impeachment did not change the extent of political disposition in the US, nor did it significantly change the president approval rates, which were around 40 to mid-40 percent when trump first entered office and about 45 percent after acquittal. These data do paint a picture of the political split in the US, as political disposition is a little over 50 percent. In the short term, however, it can be argued that Trump emerged from the impeachment politically stronger as he has proven to have an extraordinary hold on his own party, apart from Republican senator Mitt Romney’s decision to vote for removal of his president.

So, despite the fact that the impeachment procedure has ended, will certainly not mean that it cannot still be used strategically, by both Democrats and Republicans, or that it has no further political implications. It could influence races involving vulnerable senators from both the Democratic and Republic parties in swing states. Additionally, the outcomes of the continued investigations on the Ukraine affair can be influential. However, it is questionable how long the impeachment process will remain a campaign weapon as it might quickly grow old. The final verdict will be delivered in November, when 150 million American voters will vote for their desired president.

– Trump’s impeachment trial is over but the politics are not: https://edition.cnn.com/2020/02/06/politics/donald-trump-impeachment-election-2020/index.html