Between a Rock and a Hard Place: Greece Pressured by New Surge of Refugees 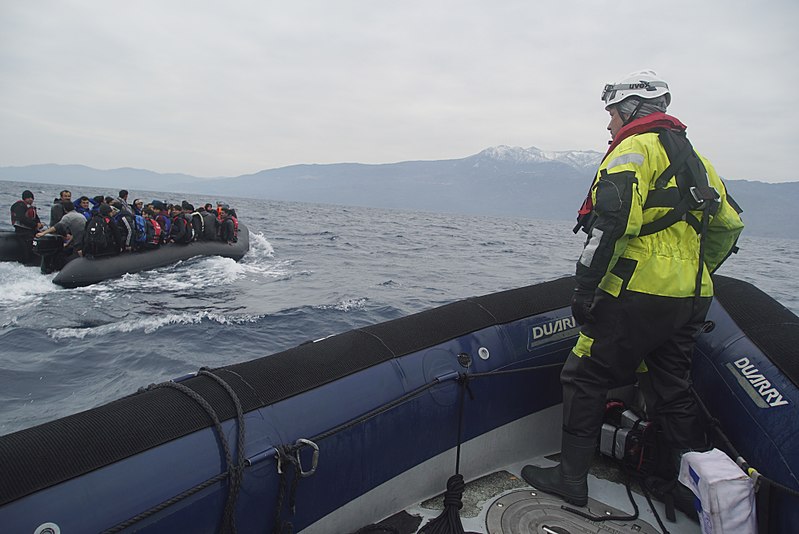 Signs of another refugee crisis are starting to show, as Turkey opened its borders with Greece this weekend. It is almost reminiscent of the one in 2015, although this time in an altered context, as it is the relations between Turkey and the EU that is at the forefront.

Numbers regarding how many people have crossed the border or are preparing to have been thrown around. Estimates from the UN’s International Organization speak of at least 13,000 people having gathered at various points along the border by Saturday evening. Meanwhile, the Turkish interior minister, Süleyman Soylu, claims that over 76,000 refugees are already heading for the EU, though no proof was given. It is, however, confirmed that Greek police and military, which have been bolstered since the declaration of the opening of the border, has come into contact with a large number of refugees. In some cases, this escalated to violence, with teargas being used on one side and stones and metal bars on the other. Locals have also gotten involved, setting up roadblocks in an attempt to deny the refugees entrance.

The Greek government is busy working out a response to the enormous influx of people crossing over their border. A general text message was sent out to all international numbers in the border region, stating, in English, that, “Greece is increasing border security to level maximum.” It also requests for immigrants not to enter Greece illegally, as the prime minister, Kyriakos Mitsotakis, also did after holding a national security council, saying that, if you, “you will be turned back.” The Greek government furthermore takes it a step beyond and has announced that they will suspend asylum applications and implement deportations over the next month. This violates international protocols on the protection of refugees, of which Greece is a signatory, as well as EU law, though the government has responded that they will be requesting special dispensation. Greece has already felt pressure coming from the EU in regards to fulfilling all 16 requirements before the 11th of March in order to receive disbursements. This, combined with the support received in relation to the new surge of refugees amounting to troops sent by Frontex and the European council president, Charles Michel, planning to visit the Greek-Turkish border on Tuesday, may leave the feeling that the EU is not doing enough to support Greece in its time of need.

The question can then be raised of what has led to these developments on the Turkish side, as to suddenly allow such a vast number of refugees free passage into their neighboring country. The answer, while of course not that simple, can be boiled down to an event from last Thursday night. Here, at least 33 Turkish soldiers recently deployed in support of the Syrian opposition were killed in an airstrike. Turkey had previously expressed its dissatisfaction with the European backing in the conflict, and Turkish president, Recep Tayyip Erdoğan had repeatedly threatened with pulling from their deal with the EU regarding preventing migrants from entering the EU if greater support was not received. The deal was one made in 2016 regarding limiting the number of refugees entering the EU in exchange for financial support. Erdoğan, however, accuses the EU of falling short on their part of the deal in failing to aid in bearing the load of the currently 3.6 million Syrian refugees living in Turkey. Saturday evening, he made good on his threat and came out saying, “They did not believe what we said. What did we do yesterday? We opened our border.”

The newly fledged conflict is, as such, not new at all. It is one that has been brewing for as long as the war in Syria, both in terms of the disagreements on the support between Turkey and EU countries and the refugees being forced away from their homes. While this could be seen as a second coming of the refugee crisis of 2015, it is instead more of a continuation, in which a higher tension being is reached after a long period of relative peace on borrowed time.