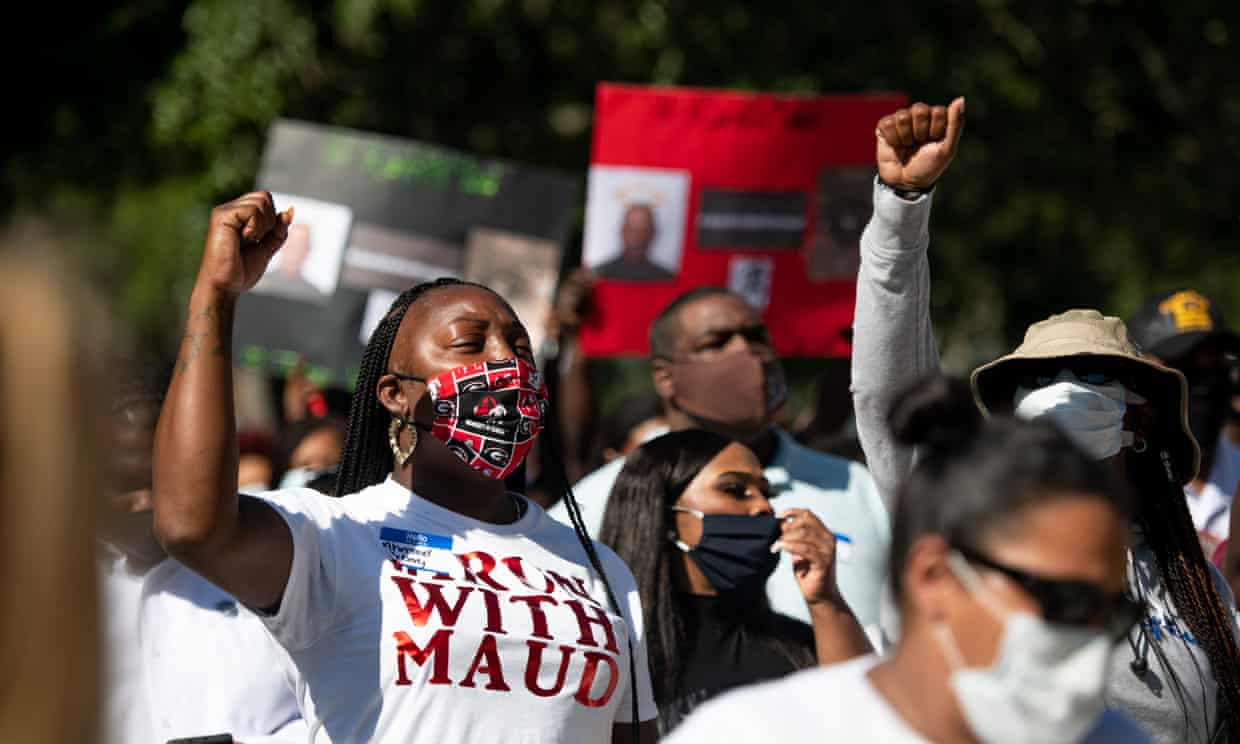 On May 7 2020, a white former police officer, Gregory McMichael, and his son, Travis McMichael, were arrested in Brunswick, Georgia and charged with murder in the shooting death of an unarmed black man, Ahmaud Arbery. An incident that has shocked civil rights activist worldwide. The shooting took place on the 23rd of February 2020, Arbery was jogging through Brunswick when he was attacked by the white perpetrators. The killing has been captured on video by an unnamed witness in a vehicle near the scene. The video footage shows Arbery jogging down a narrow two-lane road and passsing a white pick-up truck. As Arbery crosses in front of the truck, a gunshot is fired. Arbery is then seen struggling with a man holding a gun as a second stand in the bed of the truck, pulling out a revolver. Two more shots are heard before Arbery stumbles and falls face down. The video’s wide broadcast in recent days ignited outrage among activist, politicians and celebrities.

According to a police report, George McMichael told the detectives the incident began when he spotted Arbery from his front yard down the street. McMichael suspected that Arbery was responsible for a string of recent neighbourhoods break-ins. According to McMichael, Arbery began to “violently attack them”, prompting his son, Travis, to open fire.  The prosecutor in Brunswick argued there was no probable cause to arrest the men because they were legally carrying firearms, had a right to pursue a burglary suspect and use deadly force to protect themselves. After the video of the killing went viral, a massive public outcry caused the arrest of George and Travis McMichael.

This is one of many cases in the United States of white abuse going unpunished.A movement that calls attention to this is Black Lives Matter. This movement mainly focuses on activism, mostly protesting and raising awareness for the illegitimate killing of black people by the police. But in this case, another phenomenon takes place: anti-black vigilantism. This form of racism marks black masculinity as menacing and state laws protecting the vigilantes’ rights to involve their weapons and their power to end lives, this could also be seen as institutional racism. In most of the cases, in which unarmed black people are killed, either by the police or vigilantes, there is a lack of arrest, prosecution or conviction. It is not any suggestion that the killers were morally right, but rather that in most cases it could be reasonably argued that the killings were legal.

Another example of anti-black vigilantism would be the case of the 17-year-old, Trayvon Martin. On February 26 2012, the African American teen, Martin was walking home from a trip to a convenience store and was fatally shot by George Zimmerman, a neighbourhood watch volunteer patrolling the townhouse community of the Retreat at Twin Lakes in Sanford, Florida. Zimmerman later claimed to have shot the unarmed teen out of self-defence during a physical altercation. After police initially opted not to arrest Zimmerman, whose father is white and mother is Hispanic, the case sparked protests and ignited national debated about racial profiling and self-defence laws. Zimmerman was later charged with second-degree murder; following a high-profile trial, he was acquitted of the charges against him.

Joggers around to world decided to run in honour of Amaud, on, what would be his, birthday. The hashtag #IRunWithMaud has travelled the world, with runners from London to New York completing a 2.23-mile trip – a tribute to the date of his death, which occurred on 23 February. The challenge for American state laws is to learn to look and then to act. It is necessary, to turn an emotional response to an image of racist violence into concrete political action that stops this kind of injury from ever happening again, such as holding perpetrators accountable.