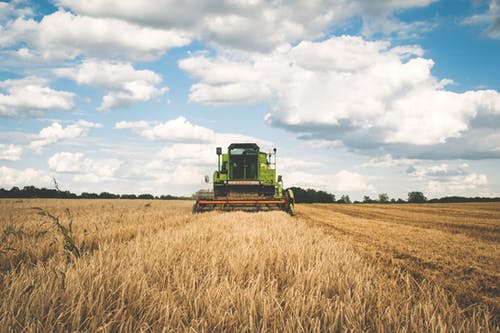 We all need it, we all benefit from it, yet when asked to pay 5 cents more for our milk at the supermarket, we are quick to forget about it: agriculture. Even though farmers essentially form the backbone of our society, we are most of the time unwilling to pay them accordingly. Recognizing this, the European Union (EU) has established a Common Agricultural Policy (CAP) back in 1962 with the aim of ensuring that EU citizens have affordable food while farmers get fair living conditions. Since 2003, the CAP provides direct income support for farmers which amounted to a total of almost 42 billion euros in 2018. On average, direct income support makes up about 40% of a farmers’ earnings, which is a substantial amount. Considering the importance of the work they do, financial support is absolutely justified. The question is, how do the funds get distributed?

Officially, the CAP aims to especially support sustainable farming, however, one can doubt whether policymakers are actually serious about this.
Firstly, direct payments are mostly allocated according to the size of the farm, which puts considerably more strains on smallholdings compared to large-scale factory farms. A prominent example is Günther Fielmann, a German entrepreneur who is on the list of the 300 wealthiest people on the planet thanks to his eyeglasses company that holds stores all across the country. Next to that, Fielmann owns four farms which have a combined size of 2500 hectares (an average farm in Germany is about 50 hectares big). In 2016, Fielmann received over 630,000 euros from Brussels. It remains questionable whether a multi-billionaire needs to receive this kind of financial support, or whether the funds would be of more use in other places. Secondly, most of the payments are only very loosely related to sustainability. Farmers already qualify for additional subsidies simply by proving they adhere to the basic laws regarding the protection of waters and nature. To be clear: We cannot expect farmers to go above and beyond in order to farm sustainably without giving them extra support. Environmentally friendly farming is simply costly and time-intensive. But this is exactly why a bigger share of the income support needs to be allocated to those making the effort, instead of simply allocating funds according to the size of the farm.

Next to direct income support, the CAP contains a second pillar which is supposed to benefit the development of rural regions and their climate change mitigation measures specifically. This pillar is considerably smaller than the first one and is rarely distributed by the member states, as the number of subsidies received within this framework has to be matched by the respective municipality, region or country. Thus, if the authority is unwilling or unable to finance rural development programmes, none of the available funds will be applied.

On October 21, the Council of the EU consisting of the agricultural ministers of the member states came to an agreement about how the CAP should continue from 2023 onwards. While their proposal has been presented as pro-environmental, Greenpeace calls it “greenwashing” as most of the money is still being distributed according to the size of the farm. The proposal largely leaves it up to member states to come up with a framework for nature protection and only 30% of the direct payments are reserved for those making special commitments to sustainable farming.

Agricultural policy was never going to be easy. Combining the need for reliable, affordable food production and decent living standards for farmers with environmental requirements is a monumental task that is bound to involve compromises. However, if we do not adapt our farming methods now, extreme weather events as a consequence of climate change will become more frequent and severe. In order to avoid this threat to our food security and the livelihood of farmers, politicians should allocate more money towards explicitly supporting sustainable farming methods.