The Populist Conservative Government of Poland: How the Government forms a Threat to Human Rights 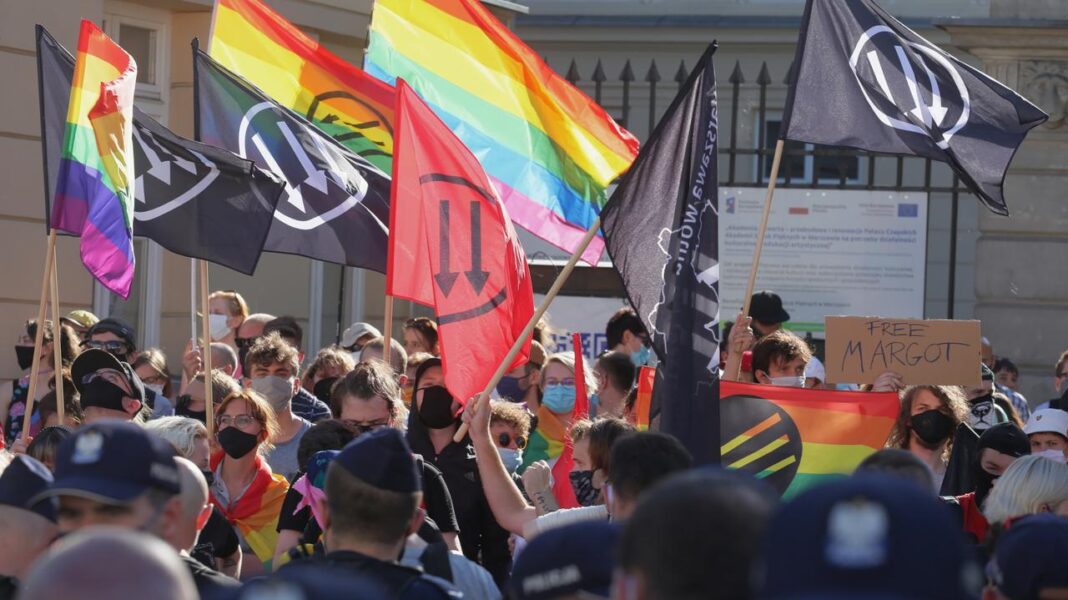 On Thursday Poland’s highest court ruled that allowing the abortion of malformed fetus was incompatible with the constitution. This ruling provoked an outcry from civil rights groups in and outside the Polish country. Protests occurred all over the country, but especially in Warsaw, where the protesters chanted: “Freedom, equality and women’s rights.”
Opponents of the ruling called for a referendum on the right to abort malformed foetuses and some protesters plan to block traffic nationwide on Monday.
This ruling means abortions will only be allowed in instances of rape, incest or if there is a threat to the woman’s life. This ruling almost minimizes abortions in the country and is not the only way the Polish conservative government seems to be challenging human rights.

Another example of its wrongdoings is the deprivation of rights of the LGBTQ+ community.  Politicians in the ruling national conservative PiS party have actively spoken out against LGBTQ+ people in public life since they took power in 2015. Jaroslaw Kaczynski, leader of the party, has been especially vocal against the teaching or affirmation of homosexuality in schools, and gay pride marches have frequently been cancelled or banned under his party’s leadership.

Then in 2019 a new trend came to be. Provinces in Poland began declaring themselves “LGBTQ+-ideology-free zones,” under PiS’  encouragement. The leaders said they were promoting family values, but conceded with widespread bans on LGBTQ+-led events. Over 100 zones have now made the change, mostly in rural areas.
The situation for LGBTQ+ people became even more dire when President Andrzej Duda, a conservative independent who is supported by PiS, was reelected for a second term in July 2020. He has repeatedly pledged to never allow gay marriage or gay adoption in the country and claimed that the existence of LGBTQ+ community is a “foreign ideology,” this “foreign ideology”  is interferring with Polish family values. By denying that there are LGBTQ+ people in Poland, Duda is aiming to strip away human rights.

In response to these developments, fifty ambassadors and international representatives have written an open letter appealing to the Polish government to uphold the principles of “non-discrimination, tolerance and mutual acceptance.”  Polish Prime Minister Mateusz Morawiecki has responded while he agrees with the fact that every person deserves respect but that he does not recognize the ambassadors’ claim that LGBTQ+ people were deprived of their human rights.
Some of Poland’s leaders, including Morawieki and  other lawmakers from the ruling party have even gone as far to say LGBTQ+ as an “ideology” is more dangerous than communism.

The situation is Poland serves as a clear warning for democratic countries in all of Europe. With populism and extreme right-wing parties on the rise, the political development of other European countries risks following the same faith as Poland
In conclusion, Poland is Europe’s prime example of radical, right-wing, populist politics forming a threat to the protection of human rights of women and those who are LGBTQ+.  With the abortion law being more stricter compared to other european countries, women’s groups already estimated that many as 200,000 procedures to be performed illegally or abroad each year. Following the recent ruling, this is only expected to increase. In addition to this, reports of attacks on the LGBTQ+ community only seem to become more frequent. Europe should see Poland as a wake-up call how populist parties can form a threat to human rights.