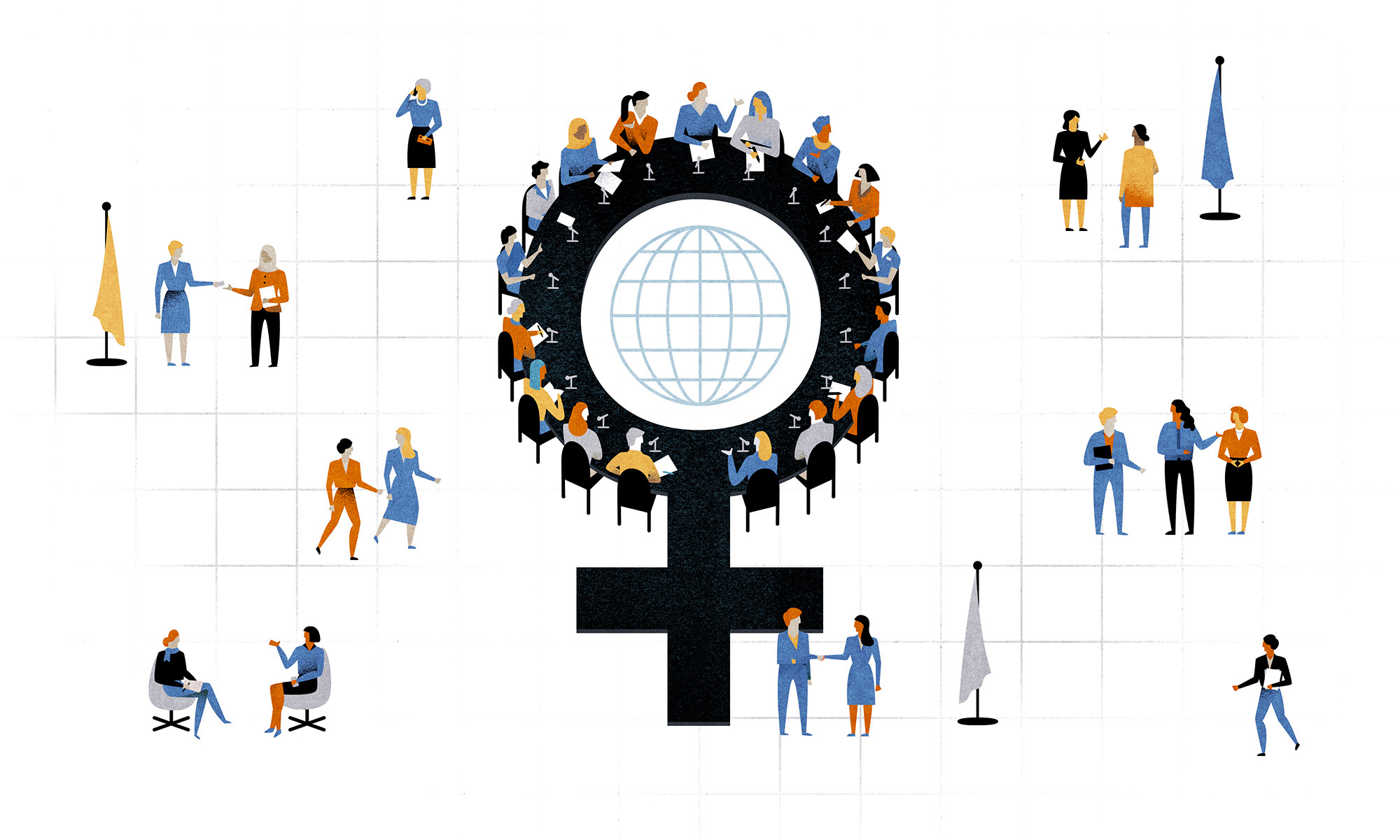 In many countries around the world, the demand for gender equality is growing and feminist ideas are being discussed in a number of contexts. While this is crucial, especially in politics one can often observe that this is all that happens: discussion. The actual implementation of notions of feminism in the policies worked out by states are not a norm yet and are even more rare when one puts a focus on foreign policy. Are there exceptions? Luckily, yes! Sweden became the first country to ever announce a Feminist Foreign Policy in 2014 and in 2020 Mexico followed. Furthermore, Canada, Luxembourg and France have announced their intention to also adapt a Feminist Foreign Policy in the future.

The handbook on Swedish feminist foreign policy explains, that launching this policy means a systematic integration of a gender perspective throughout the foreign policy agenda. This is connected to the realization that while gender equality is of course an objective in itself, it is at the same time essential for achieving other overall objectives that the government has, such as security, peace or sustainable development. It is therefore built on a growing body of academic literature on equality that suggests, that an increase in women’s political, social and economic participation can lead to a more peaceful and richer world – directly connecting gender equality and national security.

This might seem a bit abstract at first, so it makes sense to ask: how exactly does the concept of Feminist Foreign Policy actually influence Sweden and its decision making? The starting point are the three Rs: rights (promotion of women’s and girl’s full enjoyment of human rights), representation (participation and influence on decision-making processes) and resources (allocation of resources to promote gender equality). An example of how Sweden works according to this, is given when taking a closer look at resources: 90% of Sweden’s overseas development assistance goes to organizations that have their focus on gender equality. That does not necessarily mean that they only focus on women and girls, but also includes organizations that contribute to gender equality in much more subtle ways, such as providing clean water supply.

With Feminist Foreign Policy as a growing trend, it is important to clarify that it is not good enough to just adorn yourself with the title or to only focus that on the foreign policy: there are only benefits if states take this seriously and apply the same thinking for domestic policies as well; the lack of that is something that has been criticized in Mexico.

While Sweden can be seen as an example in many aspects of its efforts for a more gender equal world, critics argue that there is a strong binary focus on women instead of gender, which would be more inclusive. Ignoring rights and needs of the LGBTQ community continues to be a blind spot that should be taken care of, as otherwise the endeavours for a more equal world still exclude certain people.

Nevertheless, there is a lot we can learn from Sweden. As many of Sweden’s actions are still guided by the EU-framework, we can also hope that the ideas will spill over into one country or another. The realization that gender equality is the root of many problems we are facing in today’s world is an important one, that often seems to not be included in politics. Once we have realized this, putting it on the top of our agenda will just be a consequential step. And this is important, because we will all profit from a world that is fairer and more equal; it will be better for everyone.