Women’s fight against Trump continues: First, against his presidency. Now against his re-election. 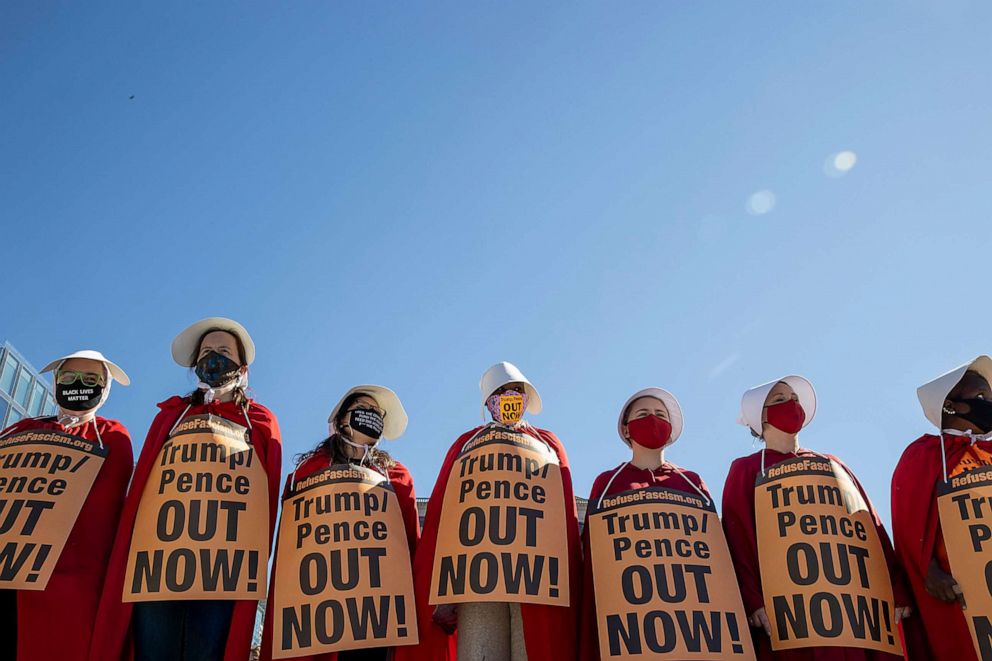 On October 17th, thousands of mostly young women had rallied to march against Trump’s re-election, signalling strong opposition against his policy-making. Protests took place from Washington, DC, at the National Mall to San Francisco with the common goal of communicating discontent with his presidency.

Dating back to 2017, Trump’s presidency began with women protesting. Gathering in Washington, DC, and all around the world, millions of people protested together in the first-ever Women’s March. This event set a brandmark in international political decision-making and awareness-raising about women’s rights and women’s power to raise their voices in times of global shifts. Protesters demonstrated against his rhetoric and attitudes. Though, Trump seemed to show little interest in the objectives of the probably largest single-day protest in American history as reflected by his disinterest to incorporate the demands made on this intendedly revolutionising march into the United States Congress’s decision-making procedures.

Now, people call for a progressive change to prevent a second term of the highly contentious and heatedly discussed sitting president. Demonstrators were asked to wear face masks and keep social distancing, referring to the White House being the only current superspreader of the Coronavirus. However, the great number of demonstrates were not only marching against Trump’s re-election and policy-making but also against the recent push to make the conservative Amy Coney Barrett fill the seat of the late Supreme Court Justice Ruth Bader Ginsburg before November 3rd. This “fill the seat race” was heavily debated and a heated topic of controversy as many fear that Barrett will oppose abortion access, LGBTQ anti-discrimination protections, and voting rights. Even more so, a reason for the Women’s March activists to speak up and promote conscious raising.

Throughout, Women’s March organisers have faced harsh criticism and scepticism, such as not being prepared to do the hard work of activism and being unable to convince friends, family, and other members of society to not vote for politicians like Trump anymore. Regardless, those very organisers, however, do not feel repelled to continue to push for a change and realise the objective of providing a strong political education.

We remain curious about the upcoming election and whether, in any such case, Trump will accept a peaceful transfer of power if he loses against Biden and whether the march(es) were able to bring about a meaningful change in times of political uncertainties.