Killed for Profit: The Unheard Voices of Falun Gong Adherents 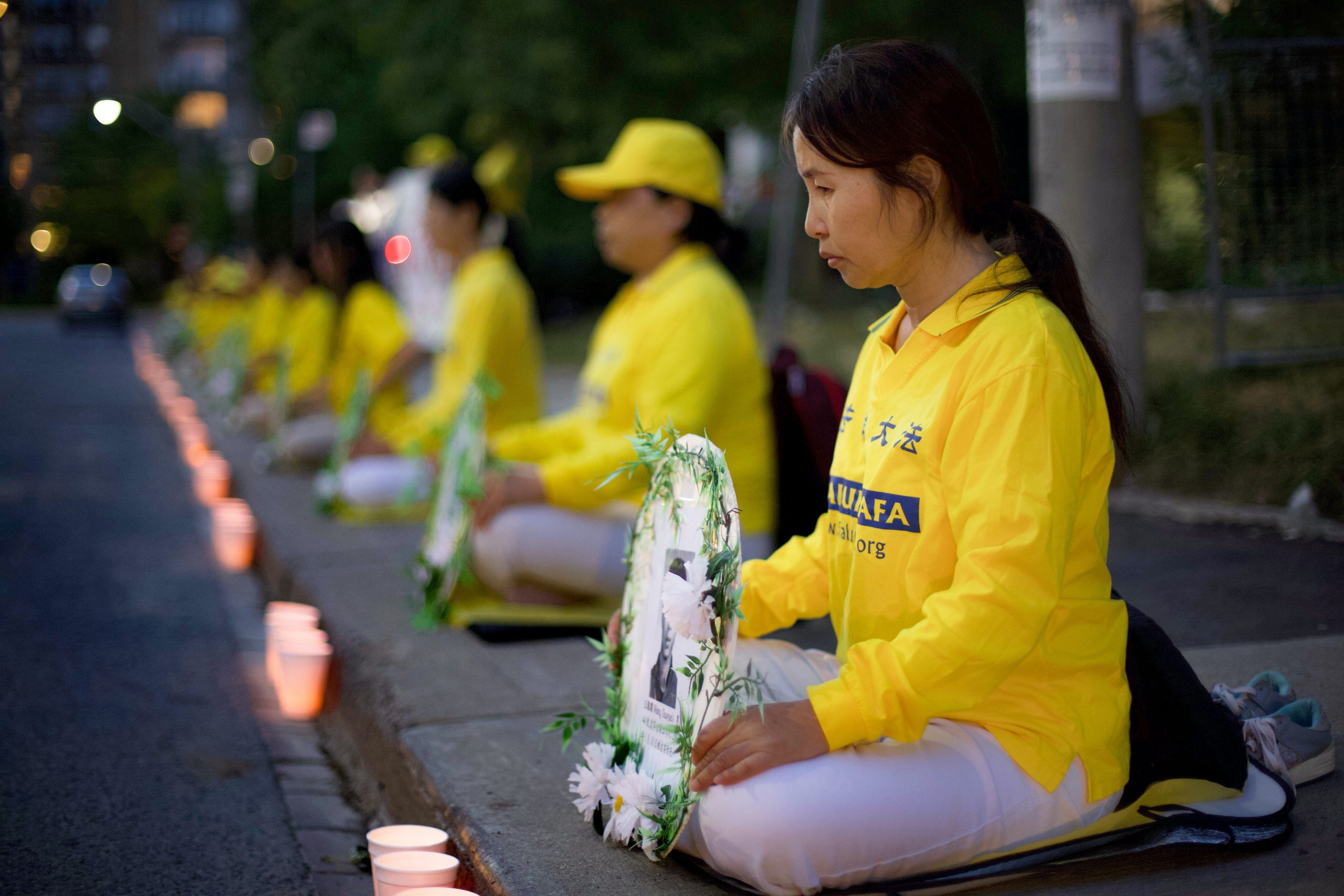 You may have come across protesting Falun Gong practitioners in bright yellow shirts at some point and wondered what their protests were about. You might also have seen them practice Qigong movements while criticizing the Chinese Communist Party and have gotten even more confused. Their tragic story – one of persecution, torture and forced organ harvesting – began in 1999 and has continued ever since.

But what even is Falun Gong to begin with?
Founded in the early 1990s, Falun Gong – also referred to as Falun Dafa – is a spiritual practice that combines meditation, Qigong exercises and a philosophy with truthfulness, compassion and forbearance as its central three tenets.

Although the Chinese government had shown itself to be supportive of the practice at first, its attitude changed as soon as Falun Gong practitioners expressed their desire to be independent from the CCP. Suddenly, authorities began to view the movement as a threat and initiated an extensive propaganda campaign to wipe out Falun Gong altogether. The campaign was marked by disparaging newspaper articles about the movement and the abduction of thousands of Falun Gong practitioners.

We can only speculate about the CCP’s reasons for this decision, but Falun Gong adherents’ unwillingness to be controlled by the government certainly played a key role. Moreover, the practice gained a lot of popularity in a short amount of time and its moral content does not align with the CCP’s ideology. In June 1999, the party established the security agency “610 office” with the purpose of persecuting and eliminating Falun Gong. It has allegedly been involved in or ordered the torture of Falun Gong adherents. In 2005, the human rights lawyer Gao Zhisheng wrote in a letter to Chinese leaders: “Of all the true accounts of incredible violence that I have heard, of all the records of the government’s inhuman torture of its own people, what has shaken me most is the routine practice on the part of the 610 Office and the police of assaulting women’s genitals.“

Even though the Chinese government has repeatedly denied these allegations, there have been several reports about imprisoned Falun Gong practitioners being executed in order to remove their organs – usually hearts, kidneys, livers and corneas. Experts assume that over the past two decades this has probably happened to tens of thousands of Falun Gong practitioners. In 2006 the Kilgour-Matas report stated that from 2000 to 2005 the source of 41,500 transplants could not be explained. The report also found that “[Falun Gong prisoners’] organs, including kidneys, livers, corneas and hearts, were seized involuntarily for sale at high prices, sometimes to foreigners, who normally face long waits for voluntary donations of such organs in their home countries.”

The U.N. has raised concerns about this issue on several occasions, but aside from the categorical denial on the part of the Chinese government, no consequences have followed. Media coverage on this topic is rather low, but Falun Gong practitioners all over the world keep protesting in the hope of being heard. An end to their suffering is not in sight and it raises the question of how long the international community is going to continue tolerating systematic human rights violations against not only Falun Gong practitioners, but also Uyghurs, Tibetans and many more.