Trouble at the Border: How Lukashenko uses Migrants as a Weapon 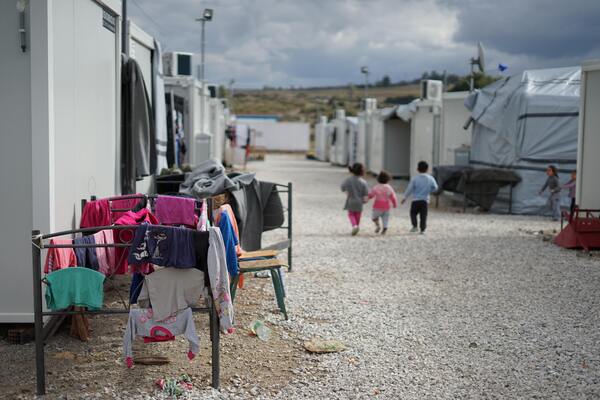 Internal division and rise of populism marked the migrant crisis in Europe six years ago and the aftereffects are still felt today. In the Mediterranean region, boats full of desperate people continue their attempts to reach Europe’s shores from North Africa. In the East, Turkey has over four million refugees on its territory and President Erdogan frequently tries to use them against the EU as leverage to gain political dividends. However, the migrant routes are well known and the leaders in Brussels didn’t expect any surprises this year. After all, Frontex, EU’s Border and Coast Guard Agency, keeps the union secured while Istanbul receives funds to keep the influx of people away from EU’s external borders. Thus, when news coverages flooded with reports on large groups gathering at the Polish-Belarusian border trying the cross, people started to worry if another migrant crisis is looming.

The Belarusian route is surprising but not completely new. Since July 2021 thousands of people from Afghanistan, Iraq and other Middle Eastern countries have been trying to reach the East European country with promises of easy entry into the EU. Urged by Belarusian President Alexander Lukashenko’s regime, they bought airplane tickets from Belarusian, Syrian, Turkish and other airlines, and flew to Minsk. Upon arrival the migrants were quickly transferred to the Belarus-Lithuania border and were left there without an option to stay in Belarus or legally cross to the EU. Stuck between a rock and a hard place people attempted illegal crossings but very few succeeded. Vilnus, unaccustomed to such flows of migrants, adopted conflicting measures: providing shelter but also fortifying their border. These scenes were just a glimpse of what was yet to come in November at the Polish-Belarusian border.

Between November 8th and November 11th, some 2,000 migrants have gathered and are currently trapped near the Kuznica crossing in Poland. The situation has rapidly deteriorated as Polish border authorities have already put a barbed wire fence and have banned media and civil society organizations from the area. 12,000 soldiers and policemen have been sent to effectively protect the border. Numerous videos emerged of “migrants” (alleged masked personnel from the Belarusian side) attacking the barbed wire fence. Blanks being fired from the Polish side and incursions by armed men into Polish territory are just some of the reports and rumors surrounding the situation at the border. Furthermore, the conditions for the people trapped in the area have become appalling, with camps laid out in the open during the cold weather and alleged beatings on migrants from Belarusian soldiers. Polish authorities have pushed the people seeking refuge back and largely neglected them, worsening the humanitarian situation. It will deteriorate even more as winter is approaching and any makeshift housings and camps will not be enough to take care of thousands of people. With the events unfolding two questions need answering – why is Lukashenko doing this and how can the European Union resolve this crisis?

President Lukashenko is the first and only president of Belarus since the establishment of democracy in the country in 1994. During his six terms he had his fair share of opposition and challenges. He has also enjoyed the support of Russian President Putin and has remained by his side in international issues. In 2020, Lukashenko had to deal with opposition after rigging the presidential elections after which he quickly cracked down on anyone opposing him. After dissidents fled abroad seeking refuge he sent agents to retrieve them and accused Poland and Lithuania of supporting his enemies. The EU is probably the biggest irritant of Lukashenko. After the imposing sanctions on his regime, the EU has continually supported the Belarusian opposition and has urged for fair elections and transparency. The worsening relations between the EU and Belarus reached a crescendo after the diverting of Ryanair Flight 4978 by the Belarusian government to Minsk National Airport where two of its passengers – one of them opposition activist and the other journalist – were arrested by authorities. The flight was scheduled from Greece to Lithuania and the blatant high jacking, under the pretense of a bomb threat, was condemned by the EU and NATO, while Russia backed Belarus. What followed were more sanctions from the EU and banning of Belarus airlines from its airspace. As a response, Lukashenko, with Putin’s support, has used the migration issue to punish the EU for imposing sanctions on his discredited regime. Both leaders know that one of Europe’s biggest vulnerabilities is its reaction to migration which became ever more clear during the 2015 refugee crisis. This weaponization of migrants is described as “hybrid warfare” by countries experiencing its pressure the most – Poland and Lithuania. But it is has been used before, mostly by Turkey and its president Erdogan. The Turkish leader tried several times to use the threat of a “migrant wave” drowning Europe as a tool to extort the EU for more money. It seems autocratic leaders like to borrow ideas from each other, but Turkey’s role doesn’t end up in just an inspiration. Flights from Middle Eastern countries have been reported to transit via Istanbul in their route towards Minsk. Currently, Belarusian travel agents continue to offer flights and visas in Iraq in exchange for 7,000 US dollars.

In order to respond to these challenges, the EU is planning to impose more sanctions against Belarus and Lukashenko’s regime. In addition, the Union is preparing to send representatives to Middle Eastern countries in order to influence authorities and urge migrants to not travel to Belarus. Poland wants the EU to block flights from countries such as Iraq and Syria to Belarus. Furthermore, Polish authorities have started preparations to build a concrete wall at their border with its eastern neighbor and asked for help from Europol to deal with the migrants. The United Nations on the other hand urges the situation to be resolved using international law and humanitarian principles. It is clear there isn’t a unified solution and the EU still doesn’t have a concrete plan on how to deal with this crisis. Currently, armed personal from both sides of the Polish-Belarusian border are present and this poses a risk of things spinning out of control, deliberately or otherwise. Small incidents can escalate fast and there are many past examples of deadly border clashes such as between India and China. Therefore, the situation must not be underestimated by any of the actors involved. The migrants situation is just one of the weapons in Lukashenko’s arsenal. In addition, the autocrat will try to use the current energy crisis by issuing threats of stopping gas supplies to European households. What can be seen as a “mad man yelling angrily at the west” can also be seen as a proxy used by Putin in order to divide Europe further. It is important to try and find the bigger picture in such crises. While Europe is looking at the Polish-Belarusian border, a large gathering of troops is reported at the Ukraine-Russian border and their uniforms are green.