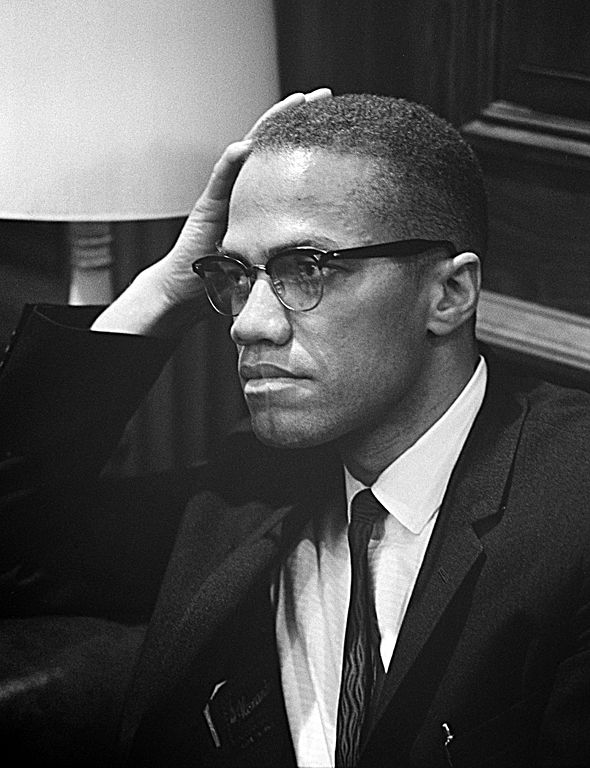 The autobiography of Malcom X, first Malcolm Little and later El-Hajj Malik El-Shabazz, can best be described as a tale of a life completely turned around. A Negro which was deemed to live a life in the shadows of white society in America during the early 20th century. Malcom X managed to escape the prospects of a live of poverty, crime and hopelessness.

Many might believe Malcolm X was just an angry militant racist that generally condemned white people. Nothing could be further away from the truth as is illustrated by his autobiography.

The beginning of the book, titled “The Nightmare”, illustrates troubles which started early, even before Malcom’s birth in 1925, as the KKK paid a visit to his pregnant mother. Malcolm was born as the fourth of seven children. His father, Baptist minister Earl Little, worked as an organizer for Marcus Garvey’s Universal Negro Improvement Association, a black separatist “back-to-Africa” group of the 1920’s.  Young Malcom spent most of his early years in and around Lansing, Michigan. At the age of six his father died which brought the Little´s on a rough path of poverty, ending up with Malcolm’s mother, Louise, having a mental breakdown. As state agencies doubt Louise Little’s ability to take care of her children, they become state wards. Malcolm eventually moved several times experiencing the social standing of a “nigger” while being discouraged to become a lawyer. His half-sister Ella took custody for him whom lead Malcolm to move to Boston, attracted to the street life and the ghetto. During war times Malcolm moved to Harlem, where he made a living on petty crimes and drugs. Eventually he ended up in prison where he converted to Islam and reflected on his actions.

A great change took place when Malcolm is undergoing a personal transformation that is leading him away from anger and hatred towards white people; towards a realization that there are no inherently evil white people but that it is the American culture that creates the racism he chooses to fight. This transformation will eventually cost him his life but also enlightened the ongoing injustice to many people.

An almost god like figure to Malcom was Elijah Muhammad, the head of the Nation of Islam, to which he wrote every day during his prison time.  In the process of being minister of the Nation of Islam Malcom became a great speaker, specifically focused on how racism against blacks dehumanized them, similar to the experiences of being treated as an object during his youth. Later the views of Elijah and Malcolm clashed when it became obvious that Malcom sees no justification for militant behavior but rather aspired a fundamental change in politics and culture. Malcom eventually knew that he will die and felt ready.

At face value the book is a nice read. Malcom’s transformation is certainly a complex development nevertheless highly interesting.  Especially students of IR and History can get revealing insights into black American history, especially learning not to paint with a single brush. Certain media outlets today still describe Malcolm X solely as a militant black man, a perception which can be ruled out after reading his autobiography. His life story is without a doubt compelling, though one should consider that autobiographies rely on memory which is notoriously fallible.